Classics
Medicinal plant with a wonderfully uplifting high.
Kyle Kushman Says:
Yumbolt meets ruderalis to create a fantastic autoflowering strain that’s easy to grow and quick to finish.
Check the Germination Guide by Kyle Kushman
Cultivar description
With genes that span continents, Yumbolt traveled far and wide before hitting it big. The cultivar is somewhat tricky to get hold of, and when it does appear on the shelves of dispensaries it tends to sell out very quickly. But good things come to those who wait, and it's definitely worth the time invested if you're prepared to grow your own sta

Yumbolt Autoflower
CULTIVAR PROFILE Yumbolt Autoflower
Why Shop With Us
With over 20 years of experience in the cannabis industry, we have the grow-how from the experts! We deliver high-quality, fast-germinating seeds with impeccable and stabilized genetics swiftly and discreetly worldwide at a competitive price.
Payment Info

With genes that span continents, Yumbolt traveled far and wide before hitting it big. The cultivar is somewhat tricky to get hold of, and when it does appear on the shelves of dispensaries it tends to sell out very quickly. But good things come to those who wait, and it's definitely worth the time invested if you're prepared to grow your own stash. Dominating the body with its Indica qualities, its heavy-handed nature brings a deeply relaxing stone that lasts.

Bred in California's Humboldt County, its lineage can be traced to two indispensable landrace cultivars. The sedative buzz comes from Afghani – a legend in its own right and a parent to many great cultivars across the globe. The euphoric high, on the other hand, feels like an exhilarating hike up the Himalayas, the very origin of its other indigenous parent. Contrary to the harsh environment from whence it came, the high won't take you on a brutal psychedelic trip. Instead, it'll tickle you with a buzz that elevates the mind to new heights.

While it's a challenging variant to find, Yumbolt's landrace genetics make it relatively easy to cultivate – and it's even simpler with Homegrown Cannabis Co.'s autoflowering seeds. Already innately sturdy, blending its genetics with Lowryder's made it even tougher.

The plant bears a humongous cola of dense, pinecone-shaped buds, each one of which boasts fiery pistils scattered in a blaze of color. With a thick layer of resin, the nuggets are unabashed by their potency. From germination to harvest, growers need only wait for 9 to 10 weeks before reaping the fruits of their labor.

Although its indigenous parents grow outdoors in the wild, Yumbolt Autoflower is best grown inside. Its short lifespan and quick growth mean there's insufficient time to recover from any injury caused by nature's whims. The plant needs 18 to 20 hours of light to produce copious amounts of buds, and this is far easier to manage in a controlled setting.

You can plant the seeds in either soil or hydroponics. The former will enhance the flavor and scent of the buds, whereas the latter may promote more vigorous growth. If you're growing a batch of 4 or more of these plants at the same time, you can boost the yield up to 1.15 ounces per square foot by employing a Sea of Green setup.

Those in locations with constant sunshine and pleasant all-around conditions can grow this cultivar outdoors, but the turnout will not be as profuse. In the most optimal environment, such as places with a Mediterranean-type climate, each plant will produce up to 5.25 ounces. Usually, though, alfresco growing only yields around 1.75 ounces per plant.

To increase the overall yield, you can grow in batches and have multiple harvests per year. In the northern hemisphere, Yumbolt fans can enjoy at least two harvests. Simply start as soon as the last frost has disappeared, and time the last reaping to take place no later than the end of October.

Just a single whiff of this herb calls to mind a tropical rainforest, with the bracing scent of pine and a spicy, earthy kick. The taste is sweeter than expected, almost like taking a mouthful of wild berries.

Yumbolt buds may be hard to come by in dispensaries, but it has nevertheless built a solid reputation for itself. With a far-reaching THC content of up to 24%, this cultivar certainly leaves a mark with its hard-hitting potency and full-body relaxation. Beginners and those with low THC tolerance should be extremely cautious when dabbling with this cultivar.

The plant's subtle Sativa twist provides a euphoric lift that keeps the mood light and happy for a couple of hours at least. It lets the mind wander while at the same time calming the body with its robust Indica capacity.

Within a few minutes, the powerful physical buzz will slither in like an anaconda. Slowly, it'll wrap you in a tight grip that intensifies over time. Although it doesn't often cause couch-lock, drowsiness will likely ensue as the weight of the stone increases.

Yumbolt continues to make waves despite its rarity. Utterly worthy of its popularity, the cultivars potency and body-numbing high make capping off the night the highlight of the day. Growing these autoflowering seeds from Homegrown Cannabis Co. can bring an abundant indoor yield without needing back-breaking efforts. Fans of this cultivar no longer have to search for it in dispensaries – instead, they can grow their own stash for a year-round supply. 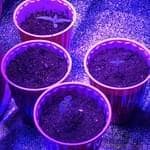 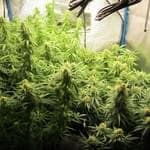 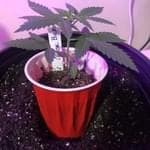 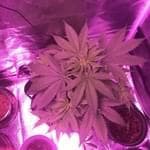 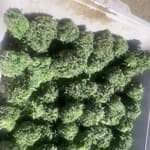 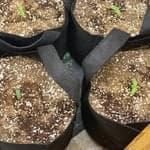 Yumbolt autoflower: First time growing autoflowering seeds. Got my seeds within 2 weeks of ordering, and went straight to germinating. Now here they are 10 weeks later almost ready to harvest!!!!

CUSTOMER REVIEWS
Yumbolt Autoflower
4.38 (8 customer reviews)
reviews (8)
8 Reviews
Leave a Review
Sort By
SORT BY
Date (Newest - Oldest)
Date (Oldest - Newest)
Rating (Low - High)
Rating (High - Low)
Thank you for posting a review!
Your review will appear on the site as soon as we value it.
T
Timothy D. Verified Buyer
5 (1 customer reviews)
Outdoor grower from VA
Yumbolt autoflower: First time growing autoflowering seeds. Got my seeds within 2 weeks of ordering, and went straight to germinating. Now here they are 10 weeks later almost ready to harvest!!!!
Was this review helpful?
0 1
K
Knizha Verified Reviewer
5 (1 customer reviews)
Yumbolt autoflower
Nice strain! Yield over half a pound in 3x3 in 9 weeks. 100% germination rate!
Was this review helpful?
1 1
D
David R. Verified Buyer
4 (1 customer reviews)
Nice germination - so far so good
I like auto's but have had a difficult time getting some to sprout. These were my first auto's from HGC and I was able to get 5 of 6 sprouted and into pots. Like the title says, so far so good, check back in 60 days!
Was this review helpful?
0 1