A holy trinity of genetic perfection, 3 Kings is the offspring of Sour Diesel, OG Kush, and Headband. Its sage green buds with generous frosty resin reek of sour tanginess that invigorates the senses. At the same time, the sharp f... Read More

Kushman Says:
Lots of stretch and lots of height, make sure you have the room.
Check Out the Video

A holy trinity of genetic perfection, 3 Kings is the offspring of Sour Diesel, OG Kush, and Headband. Its sage green buds with generous frosty resin reek of sour tanginess that invigorates the senses. At the same time, the sharp fragrance serves as a warning of its up to 17% THC potency. While it is not the heaviest hitter in the club, the strain delivers a mind-blowing cerebral punch that must be approached with caution.

Apart from its sought-after head high, 3 Kings is also good to have around when in need of some focus or creativity boost. Concurrently, it alleviates the symptoms of stress, anxiety, depression, along with many other psychological troubles, allowing the mind to function without negativities. Contrary to most Sativa-heavy variants, however, the cannabis nobility does not induce an energizing effect. Instead, it provides a relaxing, pain-relieving body influence that leaves no narcotic effect nor traces of migraines, PMS, and arthritis.

Although not a bud for less experienced consumers, 3 Kings is perfect for beginners in the horticulture scene. Its loosely packed foliage deters moisture buildup and, therefore, pathogen attacks. Moreover, its feminized seeds from Homegrown Cannabis Co only require typical canna-care to prosper and share massive yields, making the endeavor straightforward yet rewarding.

Having a blend of Sativa and Indica genetics turned out exceptionally well for 3 Kings. With a maximum full-grown height of 6 ft, it can fit in medium-sized (4ftx4ft or 5ftx5ft) grow tents with the help of some training techniques. It also does not have strict temperature and humidity requirements, thanks to its sparse foliage of slender-fingered leaves. That said, providing proper environmental conditions allows the plant to share as much yield as it can.

As 3 Kings enters the flowering stage, ensure that it is fed with a high potassium compost. Also tie the new growths to a trellis or support as they will pack on the pounds fast, potentially damaging or snapping the branches before falling over. Meanwhile, to encourage better lateral growth and, in turn, a more substantial and higher quality output, perform proper topping. Pair it with a Screen of Green as well to develop all the flowering sites on an even layer.

In an indoor setup, keep 3 Kings comfortable with temperatures between 21 to 26°C and 50% RH level. With such milieu and all the recommended techniques thrown in, 500 to 600 grams of gluey, small to medium size nuggets await reaping after 9 to 10 weeks of flowering.

On the other hand, up 700 grams for every 3 Kings can be achieved if the plant is cultivated in balmy, sunny outdoor locations. Places such as southern Europe, California, Australia, and the Mediterranean are ideal. In the northern hemisphere, the harvest must be secured from the chilly air from the coming winter by harvesting lo later than mid to end of October.

3 Kings owes its distinct fragrance and flavor profile to its diverse pedigree. Taking after Sour Diesel, the bud has a robust blend of citrus and kerosene-like scent. Sweet, musky, earthy, and pine-like undertones are also evident. Meanwhile, inhaling its vapor reveals a prominent taste of fibrous loam. The strong flavor of cultivated soil is followed by a tinge of sandalwood from OG Kush and the mix of fuel and lemon from Sour D.

Under the influence of 3 Kings, following a star may not be possible as the strain is best for daytime use. It has an average THC content of 14% but can shoot up to 17%. While many cannabis variants offer a higher percentage, it has enough to launch the mind to seventh heaven, proving yet again that more is not always better. As the cerebral flight ascends, an uplifting feeling fills head, leaving problems and negative thoughts behind.

Soon after the ecstatic high hits, 3 Kings moves to the entire body. It gives a relaxing sensation that makes the limbs feel soft and floaty but still movable. As the calm spread throughout the anatomy, pains, tension, and stiffness disappear, allowing movement with ease. Then, a wave of cognitive enhancements follows. It improves focus, making engaging with activities a lot easier. At the same time, new, often unconventional, ideas are pouring in due to the induced boost in creativity.

The combined effects of 3 Kings makes it ideal to use during brainstorming sessions, visits to art galleries, when studying, finishing deskwork, or while performing different brush stroke techniques on canvas. All the better, the upshots last for a couple of hours before tapering off smoothly instead of leaving a weed hangover.' Do note, however, that while there is an abundance of activities that can be done under the flowers slightly appeasing influence, labor-intensive ones are out the picture. Hence, do not consume the herb if in need of some energy boost.

Apart from its sufficiently high THC load, 3 Kings is brimming with health-giving terpenes such as Caryophyllene, Limonene, Pinene, Linalool, Myrcene, Menthol, Nerolidol. These aromatic compounds add to strains therapeutic value, making it a potent anxiolytic, analgesic, anti-bacterial, and anti-inflammatory agent, among many others. If that does not impress, it is also important to note that, unlike most synthetic drugs, this encompassing variant delivers positive results even in low dosages. It is also not likely to produce concerning side effects if consumed in reasonable amounts unless tolerance to THC is still low.

3 Kings alleviates psychological burdens first. Its euphoric and uplifting effect releases the mind from the tight grip of negative thoughts, stopping overthinking and its many agonizing consequences. By terminating the usual cause of mental concerns, nothing can inflame stress, anxiety, depression, PTSD, and bipolar disorder, among others.

Moreover, the inattention caused by ADD diminishes thanks to the focus-enhancing effect of the plant. If paired with a distraction-free environment, concentrating on tasks at home, work, or school is doable. While at it, also have some snacks near at hand as the bud also induces intense hunger, beating the unhealthy appetite-inhibiting effect of eating disorders like anorexia and bulimia. Nausea and vomiting caused by medicinal drugs or treatments such as chemotherapy also momentarily halt, allowing food to stay down and be absorbed by the body.

Lastly, to complete its quest for total alleviation, 3 Kings wipes out bodily pains through its orchestra of anodyne, anti-microbial, and anti-inflammatory activities. The joint efforts of various properties enable it to silence discomforts caused by migraines, headaches, arthritis, PMS, and multiple sclerosis, among other conditions.

To enjoy all the mentioned benefits, including the leisure offerings of 3 Kings, ensure that the herb is enjoyed in moderate to low doses. Doing so limits the side effects to merely cottonmouth and dry eyes. Going for more may incite dizziness, anxiety, or paranoia, thereby ruining what could have been a stupendous moment of high.

Excellent to have around when in need of some focus or creativity boost, 3 Kings induces what can be considered a productive kind of high. At the same time, it mitigates the symptoms of stress, anxiety, depression, along with many other mental concerns, allowing the mind to function without pessimism and torment. Moreover, the herb provides a calming, discomfort-free body influence that leaves no narcotic effect nor hints of migraines, arthritis, or multiple sclerosis.

Although not a flower for the less inexperienced, 3 Kings is favorable for horticulture novices. It is moisture and pathogen-resistant. All the better, its feminized seeds from Homegrown Cannabis Co only require basic care to flourish and produce massive returns, making for an uncomplicated yet rewarding pursuit. 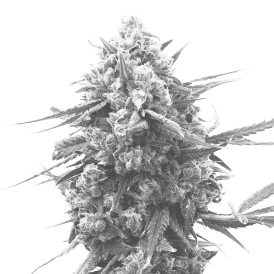 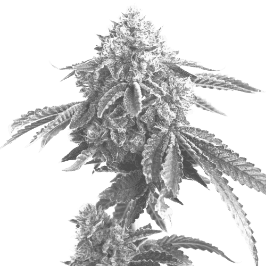 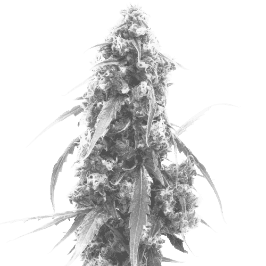 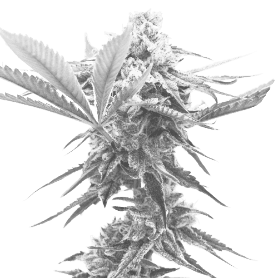