Can You Clone Autoflower Plants? 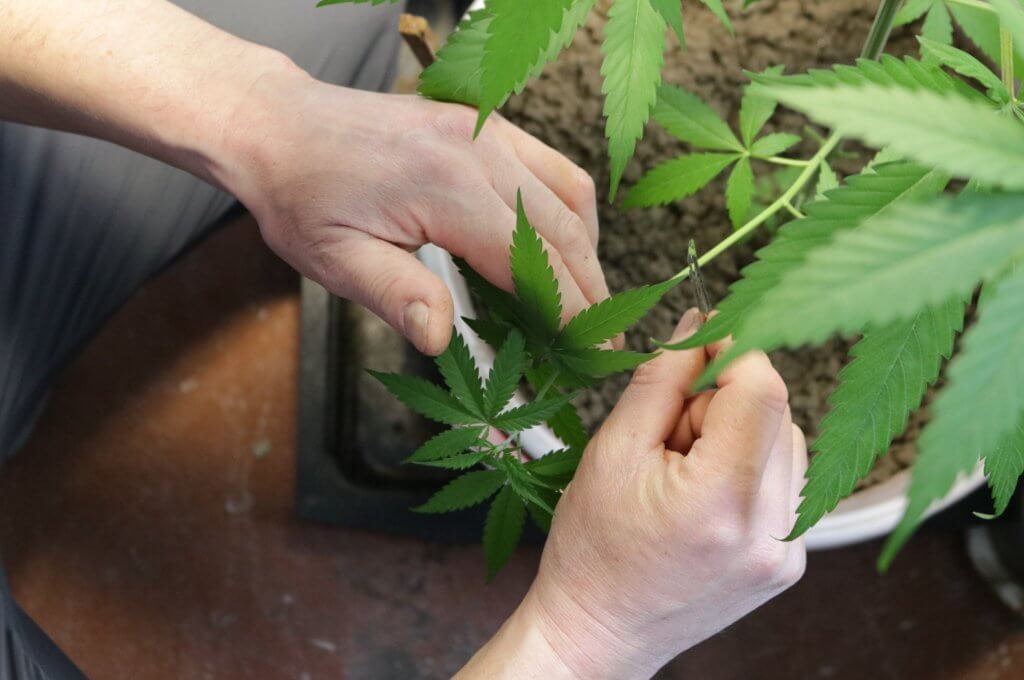 Can you clone autoflower plants? That’s a question many growers are asking due to mixed opinions surrounding cloning autoflowers.

Join us as we evaluate the likelihood that cloning an auto will be successful. We’ll also discuss if attempting to clone autoflowering cannabis is worth it.

So, let’s not keep you waiting; here are the answers to your questions.

Cloning autoflowers: what does it mean?

To fully understand cloning autoflowers, one must break down the meaning of cloning a plant. For a second, let’s forget specifically about autoflowers and talk about cloning in general. What is it?

Simply, cloning is creating a replica of an already established plant. This is done by cutting from a ‘mother’ plant and growing an entirely independent one. The new plant is an exact copy of the ‘mother’ plant and shares identical genetics with its donor.

Autoflower plants usually begin flowering on their own after 2–4 weeks of growth. Unlike feminized photoperiod cannabis, they don’t need you to switch the light schedule to begin and maintain the flowering phase.

These types of seeds also need less time to grow. Depending on which strain you’ve chosen, some can be harvested as early as eight weeks after sprouting. They’re also compact plants and are often perfect for growing indoors.

And, since they’re easy plants to grow, some strains are suitable for beginner cultivators.

Cloning an autoflower plant is essentially the same as with feminized photoperiod plants, although not as simple. It’s easier to clone photoperiod cannabis plants than auto flowering ones.

The question, however, remains, can you clone autoflower plants? It’s possible, but there are other factors to consider before properly answering this question.

Why do people clone autoflower plants?

Let’s say you’ve found the perfect ganja strain, but you only purchased a few seeds. How would you replicate the plant/strain you love without buying more seeds? That’s easy; clone it.

Growers enjoy cloning because they get the exact genetics they want from a certain plant. The best part is that they don’t have to go through the entire growth process, as you’d begin at the same stage the ‘mother’ plant is in.

Even better, it’s economically appealing because you don’t have to keep buying seeds to grow the same strain.

When it comes to autoflower cannabis, however, cloning them isn’t as easy as one would imagine. This doesn’t mean that it’s impossible to clone an autoflower plant; the results might be disappointing.

What is the likelihood of successfully cloning autos? Keep reading to find out.

So, can you clone autoflower weed plants?

While you can clone autoflower cannabis, it’s not as good of an idea as cloning photoperiodic plants.

Autoflowers have their limitations, and cloning them can prove difficult, even for the most experienced growers.

To understand this uncertainty, you should look at why autoflower plants are different from their counterparts. The most significant difference is that they flower based on time and not environmental factors.

Seasoned growers understand that, unlike photoperiodic plants, autoflowers don’t need light to change phases. This is said to be because of their origin in the northern hemisphere, where sunlight was scarce.

This leads to plants developing the ability to flower automatically over a period of time. This trait makes autoflowers so popular among both newcomers and experienced growers.

So, what does this all mean? Can you clone autoflower plants? Some growers have been successful. But the success rate is few and far between and for a particular reason.

Remember, a cutting taken from a plant follows the same genetic timeline as the ‘mother’ plant. This means that even the cutting age is the same as the donor plant. That’s where it all becomes tricky.

The cutting begins flowering regardless of its size and development. Cloning plants often leads to small, underdeveloped specimens that yield very little.

Most growers who clone marijuana prefer cloning photoperiodic strains as you have more control over when they flower.

So, can you clone autoflower plants? Yes. Should you clone them? That’s up to you to decide. If you decide to clone a plant, why not try one of the strongest autoflower strains for your experiment?

Finally, how do you clone autoflower ganja plants?

Cloning an autoflower marijuana plant is much the same as cloning a photoperiodic plant. The only difference is the chances of it being successful are much lower.

Clone autoflower plants: is it worth it?

Some growers have been successful in cloning autos. This proves that it can be done but is it actually worth it? This depends on if you’re trying to boost yields rather than experiment.

Let’s say one of your plants falls over and takes some damage. You already know that you’re going to get less bud because of the fall. So, if you decide to use a cutting to boost yields, you’ve already set the situation up for failure.

You’d have a better chance of cloning an autoflower if you do it as an experiment. This means that autoflower clones shouldn’t be used as a source to boost yields. Therefore, not making it worth it for those concerned with yields (which most of us are).

Although, don’t let that stop you from experimenting. If you have the time, why not try cloning for yourself?

Hold up if you’re getting ready to sample a cutting of one of your autoflower plants. Before you go running off, did you know growing autoflowers outdoors is also possible? The best part is, you can clone them outside as well.

While some growers have been successful in cloning autoflowering cannabis, that doesn’t mean it’s worth it. The likelihood of you gaining a worthy autoflower yield from your cutting is dismal.

The only way to truly know if you’re able to create clones is by testing it out. If at first, you don’t succeed, try and try again. Try until you get it right and then document the process to share with other growers.

Most cannabis growers choose autoflowering seeds because they’re much easier to grow. Their abundant yields are sought after, and you don’t need experience to gain the benefits of this wonderful variant.

While they may grow better indoors, because of their compact size, autoflowering seeds can thrive outside as well. With such magnificent traits, autoflowering cannabis is definitely a gift from mother nature.

It’s just a pity they’re not as cut out for cloning as photoperiodic strains. Don’t let that discourage you though! Why not try cloning autoflowering plants yourself? Find the best autoflower seeds right here at Homegrown Cannabis Co.

To keep learning about cloning techniques, check out our guide about “air layering cannabis“.