Polyploid Cannabis: An Innovative Step In The Marijuana Industry 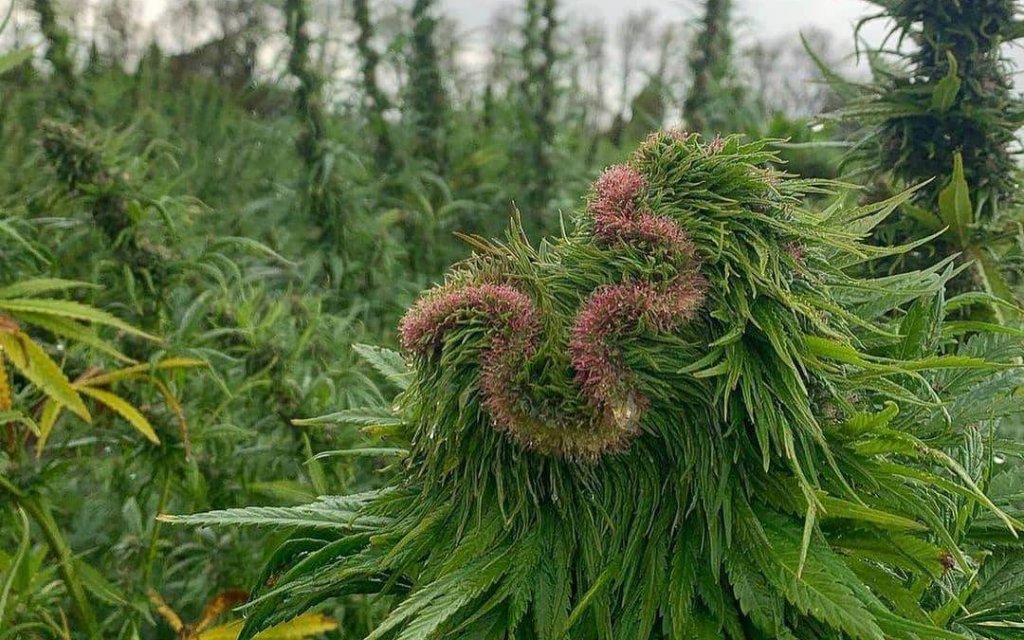 The world of weed is always evolving. Cultivators and breeders constantly strive to improve the yields and potency of marijuana. Researchers are now looking at polyploid cannabis as a possible new way to maximize results in the growing industry.

Marijuana crops in North America have significant economic value. Any potential improvement to the quality of weed attracts a range of interest from tokers to politicians.

Are you curious about cannabis and the many ways we make use of the plant species? This genetic variation of marijuana may offer new and enhanced strains.

Join us as we explain polyploid weed and discuss its potential to revolutionize the cannabis industry.

What is polyploid cannabis?

Understanding polyploidy requires some learning about DNA and genetics. Most varieties of cannabis, from regular to feminized marijuana seeds, produce diploid plants.

A diploid refers to cells, organisms, or species consisting of two sets of chromosomes. This genetic foundation is common among animals, plants, and of course, humans.

Polyploid weed is a form of cannabis mutation. This occurrence is when a plant develops with sets of three (triploid), four, or even more chromosomes.

Many plants and even some animals are polyploid organisms, but this is through natural evolution. The formation of more than two sets of chromosomes is rare in weed crops.

Polyploid weed variations are unstable, but those who study the plants claim fascinating differences compared to standard cannabis.

Increased terpenes and larger trichomes are among the observations from studies of polyploidy in cannabis. Research is ongoing to stabilize these rare plants and unlock their unique genetic potential.

Selective breeding is why we have such an incredible array of strains. Hybridization is the process of crossing two parents to create a new cultivar. An issue with polyploid cannabis plants is their inability to reproduce due to infertility.

Almost all modern cultivars are hybrids of the original pure varieties of Cannabis ruderalis, sativa, and indica. The process of selective breeding is responsible for numerous revelations in marijuana growing, such as feminized seeds.

The successful crossbreeding of ruderalis weed with other strains led to the creation of autoflower seeds. It takes added human intervention, but polyploid cannabis may be the next great innovation in growing marijuana.

Why is polyploid marijuana appealing to growers?

A stable and fertile strain of polyploid marijuana could greatly benefit growers. Cultivators are always looking for cannabis strains with enhanced attributes, such as:

Most growers want to reap the reward of a significant yield for their efforts. Many cultivators focus more on the finer details of a strain, such as its concentration of cannabinoids and terpenes.

Successful polyploid cannabis seeds could produce exciting cultivars that also expand the range of marijuana flavors and types of high.

Improvements in vigor and sturdiness are other aspects of plant development that a stable polyploid strain may provide. Weed with extra resistance to harsh conditions, pests, diseases, and other issues makes cultivation much easier.

The production of polyploid cannabis seeds may represent a significant advancement for growers and the entire industry.

Polyploid cannabis seeds: The next major evolution in weed growing

The history of marijuana over recent decades is the story of various innovations. Feminized seeds, which produce an all-female crop 99% of the time, made a massive difference in growing weed.

The introduction of autoflower strains and specific CBD-rich weed seeds further revolutionized the industry. If researchers successfully stabilize polyploid cannabis plants, it may be the next turning point for growing marijuana.

It’s not all about business, though. Connoisseurs are also curious about the next possible evolution of cannabis. These rare variations’ unique terpene profiles and denser trichomes offer exciting predictions.

Polyploidy typically occurs through a natural evolutionary process. We see the development in crops such as commercial wheat, which originates from diploid grass. Many species of plants have more than two sets of chromosomes.

While the phenomenon can occur in cannabis plants, it takes more than nature to stabilize a polyploid strain. The ongoing research looks at forcing and fast-tracking an evolutionary process through human intervention.

This method may sound extreme, but it’s not too different from how all your favorite strains exist. While many don’t consider the prospect of polyploid cannabis as natural, perspectives may change.

Most famous strains primarily exist due to selective breeding over decades.

There’s no conclusion to weed’s evolution

The history of cannabis is a long and complex tale of evolution. The progress since the 1960s is incredible, even though the plant is still illegal in many parts of the world.

Thankfully, the tide is turning as more places end weed prohibition. Legalization opens the door for more research and the advancements in recent years are phenomenal. Is polyploid marijuana the next great innovation? We’ll have to wait and see.

The future of cannabis cultivation is exciting, but so is the present. There are thousands of unique strains that continue to amaze people. Growing weed is often as fun as the high it produces, so why not try it yourself?
Check out the Homegrown Cannabis Co. store to see our fantastic range of high-quality products. Whether new or experienced, discover the best strains to suit your preferences.