Re-Vegging? What Is, How To Re-Veg Weed & When You Should Do It 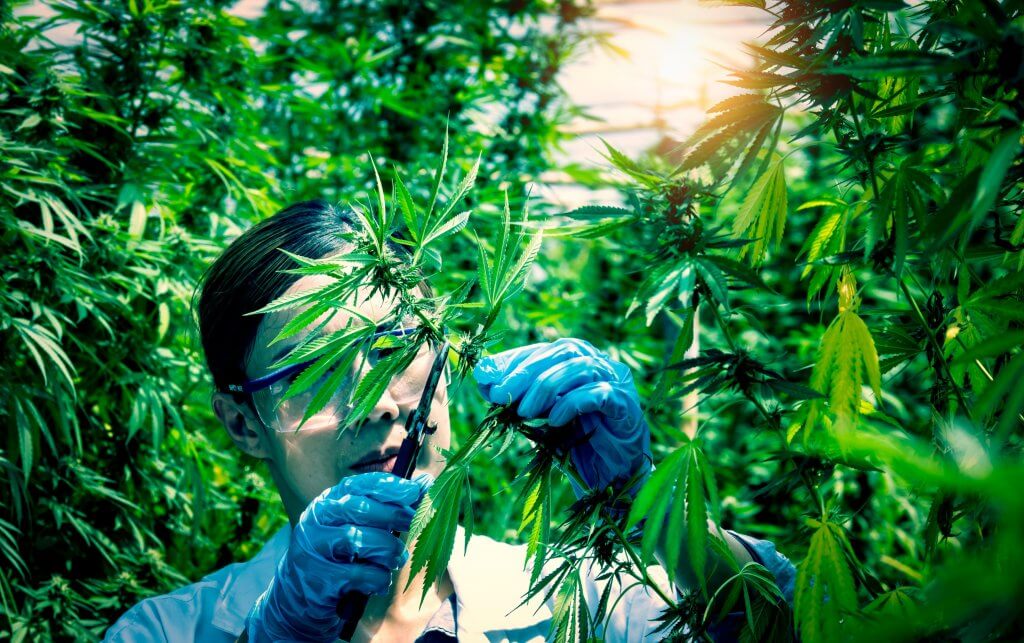 Marijuana is an annual plant. This means you can take advantage of each crop only once, right? Not if you re-veg weed.

This advanced technique hacks the plant’s biology. It lets you get two—or three—harvests from a single specimen. You can also acquire cuttings from particularly prolific ones, even if they’re already flowering. Sounds great, so how do you do it?

It’s not a simple process, but the rewards outweigh the risks. Join us to learn why and how to re-veg cannabis.

Re-vegging weed plants: what does it mean?

Marijuana typically lasts for a single season. The vegetative stage of weed is where you can get new cuttings. Once it flowers, it produces a heavy crop of seeds or buds; the remaining material decomposes. You can manipulate this natural progression, though.

Re-vegging cannabis plants is a technique that returns a crop to the vegetative stage after it begins blooming. This mechanism lets you regrow a plant for a second—or third—yield and preserve keeper genetics.

The light cycle for weed determines which stage happens when, and it’s vital if you’re considering re-vegging weed plants.

Re-vegging cannabis is all about fine-tuning the illumination. You confuse plants by putting them back into the vegging conditions, and they respond by re-entering that stage.

Note: Re-vegging a flowering plant is possible only with photoperiod specimens. Autos don’t react to light changes—they’re done after one harvest.

Not everybody’s a fan of re-vegging weed plants. Before discussing particular techniques, let’s look at the benefits and drawbacks of this process.

Cannabis regeneration brings several notable benefits to your cultivation journey. Growers usually do it for:

Re-vegging is hard to pull off successfully. Growers who dislike this technique propose the following arguments:

How to re-veg cannabis: The best techniques

Have you decided to re-veg weed? Here are three ways it usually happens and how to navigate each for success.

The first approach isn’t something you’d do on purpose, but it’s many people’s first introduction to this technique. It entails putting a flowering plant back into veg by disrupting its photoperiod schedule.

The veg to flower transition occurs when plants start receiving 12 hours of uninterrupted darkness each day. If you mess up the light schedule and there are more ‘daytime’ hours, they revert to vegging.

Accidentally re-vegging cannabis can happen indoors and out. Open-air growers see this issue when they sow too early. Indoors, it’s often a consequence of light leaks or a timer malfunction.

You can save the day in two ways:

How long does it take to re-veg a weed plant in this case?

Crops revert based on the duration spent in the ‘wrong’ stage. It may take a month before you see new healthy growth.

Remember when we said that you could only preserve genetics in vegging? There’s a slight exception to this rule.

Monster cropping is a cloning technique that doesn’t require a mother plant. Instead, you take clones from crops in early flowering and re-veg weed clippings.

Cultivators often see vigorous growth and yields from these cuttings. That’s where the name originated—do everything right, and you get ‘monster’ yields.

Here’s how to force flowering clones back to veg:

Once your clone’s root structure is around 3 inches long, launch new vegetative and flowering stages as usual.

This option lets you maintain the genetic material and double the output of an outstanding cannabis sample. Re-vegging after the harvest means returning crops into a vegetative state after collecting buds.

Growers choose when to harvest cannabis after seeing signs of perfect ripeness. The foliage weakens and loses some vivid greenery. If you plan to re-veg cannabis, do it a week sooner to conserve chlorophyll.

The first step is a careful harvest. You can’t hack down the main stem and chop off the individual branches. The goal is to preserve the plant structure and keep the stem intact.

Use small scissors to cut colas from the branches. Leave some large fan leaves and lower buds, and use duct tape to cover the wounds. Then it’s time to re-plant—the whole 6-feet-tall stem of a prolific sativa is returning to the ground.

Here’s how to re-veg a weed plant after the harvest:

Tip: Avoid overfeeding and overwatering while re-vegging cannabis plants. Nutrient requirements are lower in these crops, and they’re vulnerable to nute burn.

The first few weeks bring strange-shaped leaves, possibly with a single blade. Familiar seven-pointed structures return after a month. You’re then free to treat this crop as any regular seed-grown specimen.

Re-veg weed and double your yield

Re-vegging weed plants is a go-to for commercial growers and breeders. It’s also invaluable for boosting yields on a budget and propagating exceptional genes in your at-home garden.

Although it does require skill, this technique isn’t impossible. Marijuana is robust—it can take some manipulation and thrive. Stay mindful of signs of trouble and follow our guide for double gardening prosperity.

Now that you have the theory, why not put it to practice? Head to our shop to buy seeds and ensure the highest-quality genetics for successful re-vegging. Stay tuned to our blog for more guides on all things cannabis.