Vapor Pressure Deficit: Why & How To Use a VPD Chart For Weed Cultivation 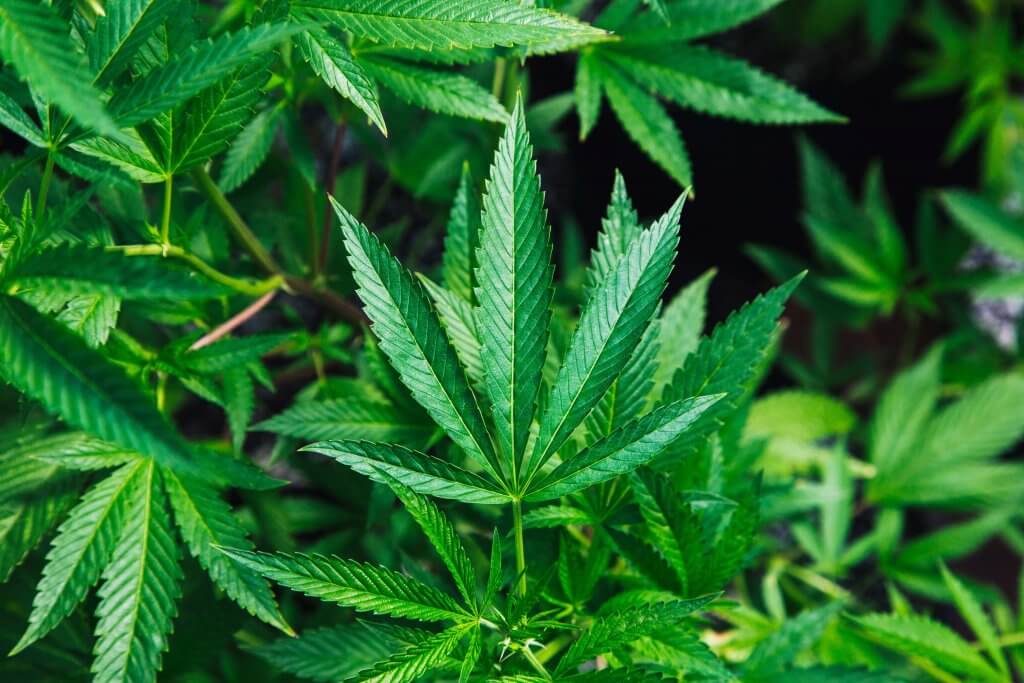 The importance of a VPD chart for weed cannot be overstated. It is one of the game-changing tools to optimize your grow operation.

Want to gain an edge in your cultivation business? Looking to become a results-driven grower?

Get acquainted with the nitty gritty of VPD, and you can thank us later!

Imagine knowing just the right temperature and humidity range to target in your grow environment. Think of an accurate way to bypass environmental setbacks in your cultivation.

With the power to control cannabis transpiration rates, nutrient uptake, and plant stress, VPD is the real deal.

Let’s dive into how a VPD chart for cannabis can be a valuable tool in calculating humidity for weed plants. Once you master this chart, you master your environment and enhance your cultivation!

What is VPD for weed?

Short for vapor pressure deficit, VPD measures how much moisture the atmosphere sucks from your plant. In other words, the surrounding air’s drying power over your weed.

VPD is among the popular methods growers use to measure humidity levels in a growing environment. Cultivators then use the derived measurements to ascertain the impact of humidity on their plants’ growth and development.

Vapor pressure deficit is a preferred measure for determining plant transpiration and water loss compared to relative humidity (RH). While the latter varies by the air’s heat, the values derived from the former accommodate the plant’s temperature more accurately.

VPD is ideal for measuring humidity for weed plants because the amount of atmospheric water is best determined in terms of pressure. The more moisture found in the atmosphere, the greater the pressure it exerts on the plant surface.

So, how does VPD add value to your cannabis cultivation?

Vapor pressure deficit is critical in your plants’ transpiration as a growing metric. This fundamental biological process entails moving water and essential plant nutrients from one cell to another. If your cannabis plant fails to transpire correctly, its overall health may be adversely affected.

VPD helps to drive moisture and nutrient movement from the plant’s roots to its upper parts. In turn, well-driven transpiration sets the stage for successful weed growth.

As your cannabis sweats, it releases water vapor into the atmosphere through tiny openings referred to as stomata. How the released moisture interplays with the ambient air is a function of VPD.

Understanding VPD’s behavior at different temperatures and relative humidity is imperative if you are after maximum plant growth. Combining this knowledge with the best indoor cannabis seeds takes you from great to phenomenal hemp growing.

For cannabis to thrive in an indoor grow environment, the vapor pressure deficit should be at a particular level. Since both the humidity and temperature affect the VPD, they should sit at the correct setpoints at all times. They will be added or removed from the cultivation room for optimization at one point or another.

If VPD is too high (dry air), the atmosphere will draw excessive moisture from your plants, resulting in:

So, even though your hemp plants may have adequate moisture and nutrients, they will still appear malnourished.

If VPD is too low (moist air), the atmosphere can barely pick up any water from your plant, resulting in:

It’s paramount to find the most optimal environment for growth. Fortunately, a VPD chart for cannabis is a handy tool for just that.

VPD chart for weed & How to calculate VPD for cannabis

The VPD tells the difference between how much moisture the air has and what it could hold when saturated. As per the cannabis VPD chart above it’s expressed as pounds per square inch (psi) or kilopascal (kPa).

A high VPD (over 1.0 kPa) shows the atmosphere still has room to hold more water. Such a scenario allows the moisture-saturated plants to transpire more healthily while thriving faster. The opposite is also true with a low vapor pressure deficit (below 1.0 kPa).

The optimal VPD may vary based on the weed leaves in question and the ambient growing heat.

SVP measures the maximum water vapor the air can hold. It varies with the atmospheric temperature. Hotter air can retain more moisture without saturation, boasting a higher saturation vapor pressure.

AVP refers to the actual amount of water vapor in the atmosphere at any given time. It can only rise as high as the prevailing SVP. So, the extra moisture becomes liquid if it reaches the saturation vapor pressure.

Mediating the two variables is relative humidity which tells the extent of moisture in the air versus the maximum it can hold. When AVP matches the SVP, the RH stands at 100%.

RH equals AVP divided by SVP, expressed as a percentage.

From this analysis, vapor pressure deficit translates to the actual difference in pressure between AVP and SVP. However, since VPD seeks more accuracy than RH, it considers saturation vapor pressure as the leaf temperature.

Calculating the air VPD stems from finding the SVP, which entails this formula:

The air VPD then becomes:

Since cannabis leaves are continually transpiring, they are often cooler than room temperature. As the evaporating water exits the stomata, it cools the leaves. This drop creates a difference between the air’s heat and the leaves.

Such a scenario then gives rise to leaf VPD (LVPD) derived from the air SVP and leaf SVP. Note that the latter uses the leaf temperature (typically 2–5°F or 1–3°C cooler).

Scared of the mathematics and trying to read the VPD chart for weed? Don’t fret. You can shorten the calculations by finding the correct temperature measurements using an infrared (IR) thermometer.

Simply key your temperature and humidity figures into an automatic VPD calculator online. If your instrument is not faulty, you should end up with a suitable vapor pressure deficit.

What is the ideal VPD for cannabis?

As you shop around for easy cannabis seeds to grow, you might want to arm yourself with a vapor pressure deficit cannabis chart. Every stage of the grow cycle comes with an ideal VPD level attached to it. The chart comes in handy to help you address the cultivation specifics.

Cloning cannabis requires a low vapor pressure deficit to support root growth. A higher VPD for clones may translate to drying and the ultimate death of the plant.

Maturer plants in the final flowering stage typically produce much better yield when subjected to a higher VPD.

Let’s dig in some more on the specifics of the best VPD for cannabis at different growth stages. Below are the LVPD ranges we recommend throughout the plant’s lifecycle.

Let’s start by making an assumption that holds constant through the different plant cycle stages. Assume the leaf temperature sits at 5°F below room temperature.

With this assumption in place, the best VPD for weed cultivation would hover between 0.8–1.0 kPa. For this range to hold, the ideal temperature would be 70°F and 60% RH.

VPD for the veg stage

Reading your vapor pressure deficit chart for veg with such an estimate becomes a breeze.

VPD for the flowering stage

This range should help you arrive at an accurate VPD chart flowering reading for optimal yield.

How to control the VPD

Having learned how to calculate VPD, how do you manage it for optimal growth? You can control vapor pressure deficit by tweaking its significant variables appropriately.

On to the temperature variable, the rule of thumb is:

It’s also imperative to always take note of other factors that may affect these variables. For instance, lights produce heat that may result in higher temperatures and, consequently, higher vapor pressure deficit.

Here are the pertinent questions commonly brought up when discussing a VPD chart for cannabis.

What should a marijuana grow room VPD be at?

The grow room VPD varies with the growth stage of a plant. Marijuana tends to be more fragile at the baby stage and cannot handle too much cannabis heat stress. It also needs more nutrients; hence, a good VPD range should be between 0.5 and 0.7 kPa.

At the vegetative stage, the plant becomes hardier and can withstand higher VPD numbers. Gradually increase the vapor pressure deficit throughout the veg stage until it hits 1.0 kPa.

In the final flowering stage, the plant can handle higher VPD but needs lower humidity. Again, gradually raise the vapor pressure deficit until it hits 1.4 kPa.

Yes, it does. Among other things, the cannabis grow temperature is a function of cultivation light. The plant’s temperature may increase or decrease depending on the light’s intensity.

Let a VPD cannabis chart work for you

To manage your grow operation effectively, try not to overlook the vapor pressure deficit. With the correct understanding of this metric through a VPD chart for weed, you can effortlessly optimize your cannabis yield.

Get in touch today if you would love to become more acquainted with the importance of correct VPD in cannabis growing. Take that step and join our community of successful growers!

« Air Layering Cannabis: A Complete Guide To Propagating Weed Plants
What Does a 1 Pound Plant Look Like? »