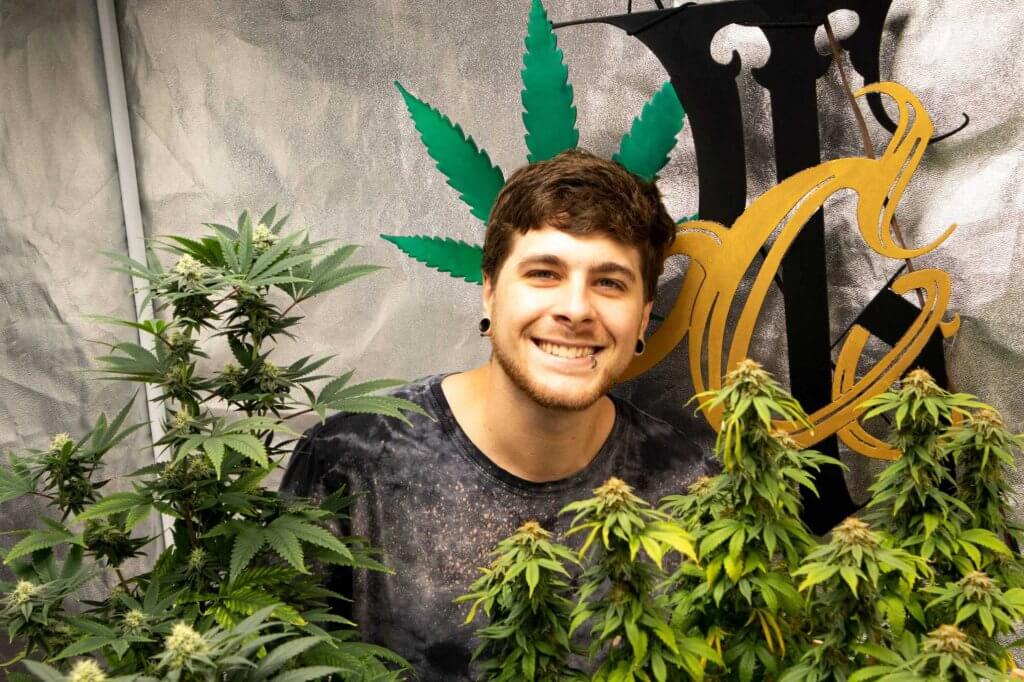 Derek LaRose, better known in the cannabis community as Kronic, is a young, ambitious cultivator who started growing like many other budding cultivators – in the back of closets.

Soon his goals outgrew his bedroom, and he quickly found himself cultivating on friends’ plots and in other guerilla ways.

The more he grew, the deeper he fell in love with learning about pot’s endless and mysterious properties.

Between tending to his crops, Kronic spent hours on the internet absorbing all the information he could feast his eyes on.

“I grew up in online communities and doing guerilla grows with friends, asking questions to growers who had been cultivating since the time landraces began seeing America. I’ve just absorbed a ton of knowledge over the years and applied it all.”

If his name sounds already familiar to you, that’s because Kronic is an internet star in the world of weed.

Before the days of marijuana acceptance, he taught cannabis cultivation to others on major platforms under the radar.

Nowadays, he’s a proud, outspoken, self-proclaimed master of autoflowers. Kronic is one of the first cultivators EVER to document revegged autoflowers on Youtube. Take a look, you won’t be disappointed.

By extending its lifecycle to harvest around day 215, he’s managed to create an auto plant capable of reaching a whopping 6 feet indoors!

His series “The Cannabis Kronicles” proves popular for its honest accounts of multiple growing applications. Kronic’s video on dry ice hash, for example, has reached nearly 1 million viewers across the globe.

Kronic doesn’t hide any mistakes or failures from the audience. Instead, he celebrates them as part of the process and uses these scenarios as valuable teaching opportunities.

The channel is fast becoming a community of like-minded people. After just a year it has 11.4k subscribers and is growing daily.

As if LaRose wasn’t busy enough, his podcast “Homegrown Potcast” has also been running for a year. It features over 50 episodes, including exclusive in-depth interviews with big names in the industry like Kyle Kushman.

Over his years of developing as a cultivator, LaRose has been an admin for multiple forums surrounding the subject – sharing his knowledge and continual learning.

Thanks to his extensive knowledge and experience with autoflowers, he’s now a staple educator to other indoor growers who love this type of marijuana.

However, don’t think he’s a one-trick pony. Kronic has a vast amount of information to share about outdoor growing and photoperiods too.

Ask him anything about soil aggregation, compost creation, aquaponics, ranch handling, and organic gardening in general, and he’ll have advice backed by experience.

LaRose looks fondly back on the years that led him to where he is today and says his mentors are far too many to mention without writing a book.

There is one that he frequently speaks of, Jake Schulte, aka OrganiGrower0624.

It’s thanks to him that Kronic’s passion for organic gardening and understanding of microbial science has reached an entirely new level.

His outlook on growing weed is simple and one we could all do with remembering – “I figured out what works, what doesn’t work, what you would have to adjust to make things work, and so on.”

You can find Derek on Homegrown Diaries, our Community Forum, on our potcast and YouTube. If you’ve got a problem, he’ll know what to do.