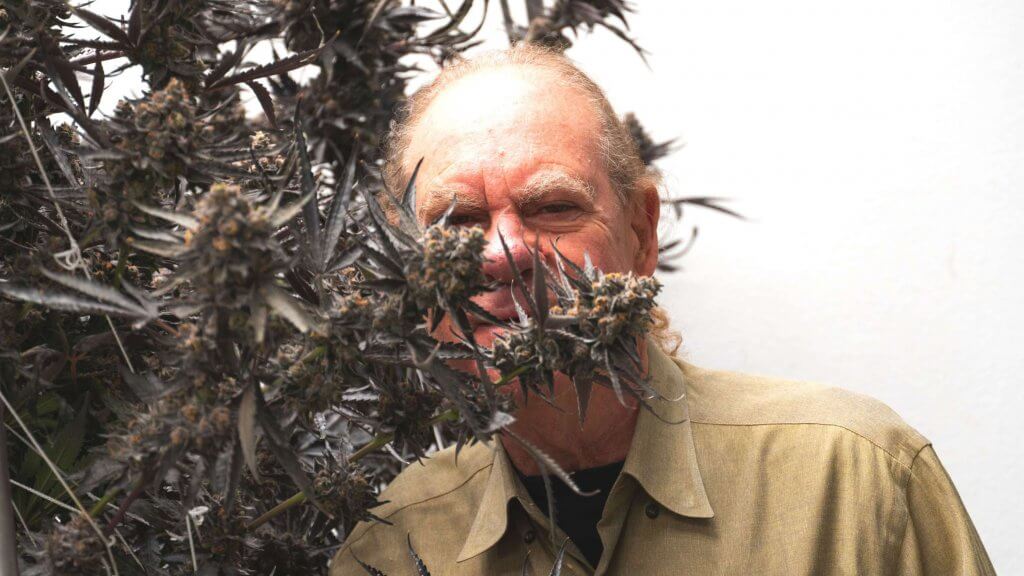 Our team of professionals who partner with Homegrown Cannabis Co is expanding. We’re beyond excited to have ‘The Guru of Ganja’ himself, Ed Rosenthal, join us.

For over 40 years, Ed has fought for medical marijuana legalization, has served as an expert

witness, and has authored numerous books. As a horticulturist, he’s a cannabis-cultivating superstar.

Here’s a brief look at the man himself and why partnering with Homegrown Cannabis Co is such a logical move.

Ed Rosenthal is a lifetime marijuana activist, author, educator, and cultivator. He co-founded the High Times magazine in 1972 and was instrumental in the passing of Proposition 215 in California in 1996.

It hasn’t been smooth sailing, though. His passion for advocacy and legalization almost cost him a 100-year jail sentence.

Ed was born and raised in the Bronx, New York. As a way to escape from his typical dysfunctional family of the 50s, he became passionate about horticulture. As a boy, he attended classes at the New York Botanical Gardens.

It was the 1960s, and as he puts it if you grew up during hippie times, eventually, you’d gravitate towards marijuana. He first tried it in 1966 with his college roommate, describing the experience as the best thing that had ever happened in his life.

A year later, he dropped out of college and moved to the East Village to embrace a hippie lifestyle. His first interaction with advocacy was when he joined a protest for Dana Beal, who had been arrested for selling acid.

Beal introduced him to Tom Forcade, and another Yippie. Ron Lichty, who left the movement the next year. They came up with the idea of a cannabis publication, and High Times was born.

Ed realized he needed to be where the action was, and as California was the pioneering state for cannabis reform, he relocated there in 1972.

Over the years, Ed has founded or co-founded several organizations dedicated to cannabis reform and education, including:

Author of over 20 books

Over the years, Ed has written books on many facets of the cannabis industry. He’s sold over two million copies. Here’s a sample of the cross-section:

Ed has been fighting for cannabis rights and educating people on how to grow and use marijuana for over 40 years. From his ‘Ask Ed’ column to his 1999 appointment as ‘Officer of the City of Oakland,’ he never rests.

For years he was an expert witness in trials on behalf of accused marijuana growers, but he gave up his legal defense work in order to implement a City of Oakland ordinance deputizing him to produce marijuana for patients. On February 12, 2002, disregarding the local regulations, his nursery where he grew starter plants for patients was raided by the DEA.

Under mandatory sentencing guidelines he could face up to 20 years in jail. Due to public pressure and support in  national media the final ruling was 1 single day, which he had already served.

Today he continues to support  home-growing and regulations that are based on science.

Kyle Kushman and Ed Rosenthal are no strangers. Both of them worked for High Times, Ed as co-founder, and Kyle joined in 1999. Coincidentally, both had a column called ‘Ask …’, but Kyle’s was ‘…Adam’ (his real first name).

Ed has been a guest on Kyle’s podcast ‘The Grow Show’ twice:

We’re delighted to have them both at Homegrown Cannabis Co. Could there be a great collaboration in the works?

You can’t contribute as much to cannabis advocacy and education as much as Ed Rosenthal has without being recognized.

More lifetime achievement awards are likely in his future.

Ed’s all about the cannabis community, and as Homegrown Cannabis Co. is home to the largest home-grower group, it was a logical fit.

For Homegrown Cannabis Co., it’s a win as Ed brings his wealth of knowledge of cannabis cultivation to the table. His published works already mirror some of the information in our educational blogs, and we’re looking forward to creating more together.

The benefit for Ed is that he has a new community of growers to connect with and can impart his wisdom to them.

The future of cannabis is in the hybrids that are coming through. Homegrown Cannabis Co. and Ed Rosenthal are both proponents of this concept. It makes sense that a collaboration of this kind is sure to breed some incredible cultivars, so watch this space.