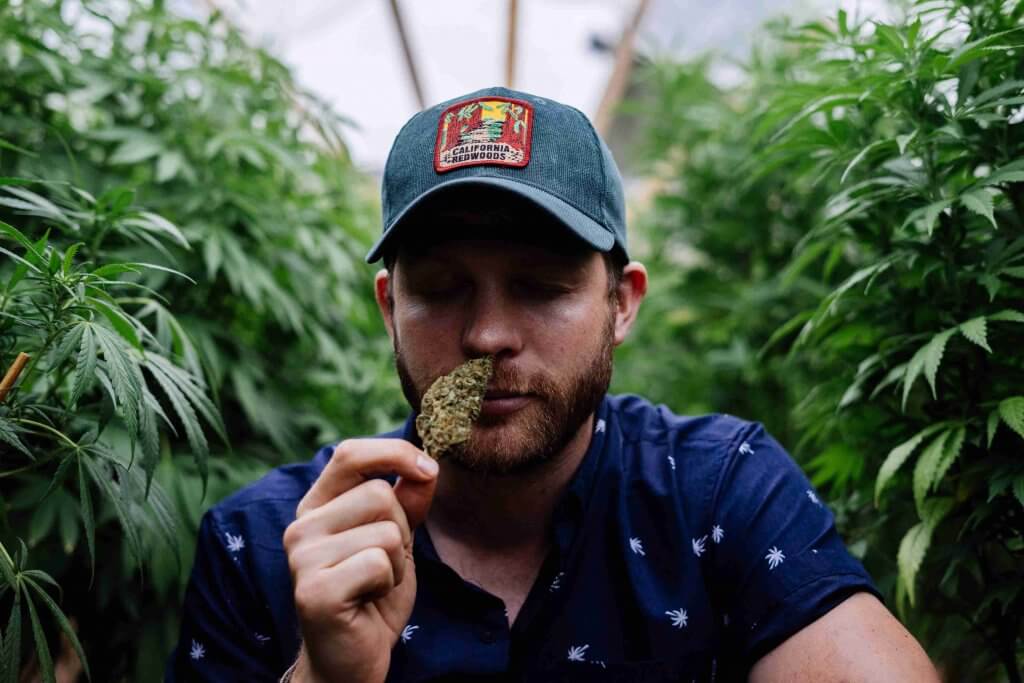 Nate Hammer’s journey has been full of twists and turns, some dramatic and exciting, some tragic. Each one played its part bringing him to where he is now, creating content for America’s best-loved cannabis brand, shooting videos with the likes of Steve DeAngelo and Kyle Kushman.

He has a lovely wife and child, a career he loves, and a future that seems to get brighter by the day. He’s living what must seem like a dream – especially to a younger, wilder, less-centred Nate Hammer.

He grew up in the UK (where cannabis is still prohibited), but moved to California in 2015. He’d seen a lot by the age of 28, not all of it good.

His father abandoned the family when Nate was still a child. He saw his brother hit by a car at 70 mph, when Nate was just 5 years old, and his mother moved around a lot – they’d lived in 16 different houses by the time Nate turned 20.

These events, of course, do not paint the full picture, but they do predict a painful social anxiety Nate struggled for many years to overcome. Anxieties he has, if not beaten, certainly learned to control, especially now he has the help of CBD.

Nate shrugged off his difficult childhood and stepped out, deciding at a very young age that he wouldn’t be held back by things he couldn’t control.

By the time he’d turned 30, he’d had a career in modelling, played music in front of hundreds of thousands of people, supporting acts like Jet, Roger Sanchez and Soul 2 Soul, and he’d got a degree in film-making.

The modelling gave him a glimpse of life behind the camera, the gigs gave him confidence in front of a crowd, and he topped it all off by NAILING film school. Life had primed him perfectly for the next stage of his career: cannabis media.

Moving to California was made easier by his uncle, another Brit who’d lived there for 35 years. He helped him find work, first in construction, then as a trimmer, eventually managing a cannabis ranch.

Nate found himself running a 250ft double-hooped greenhouse with around 650 plants, an indoor facility with another 200 plants, and an outdoor hillside grow with around 100 plants.

It was fun, sure, but very hard work. He left when the ranch owner put a gun to his head and threatened to kill him, but that’s another story!

Interesting fact: Nate can’t handle THC, seriously! He loves weed, the smell of it, growing it, the medicinal potential… but he’s strictly CBD. High-CBD flower and oils have helped him stress less, drink less and become a more chilled, more productive individual. Doesn’t stop him swiping the occasional nug for his mates, though!

His experience on the ranch helped him with the next step in his career, a step that combined his new-found interest in growing weed with his skills as a filmmaker.

He became the Head Content Creator at Homegrown Cannabis Co, started working with Kyle Kushman and never once looked back.

Since working with Kyle, he’s taken his indoor skills to a whole new level, showing a special interest in the flowering stage and cure. Probably because flowers and nugs make the best pics!

Dig deep into his IG and you’ll see clues to our future collaborations, but don’t tell anyone you heard it here 🙂

He’s helped foster relationships with the stars of our Cultivars with Character collections: Swami Chaitanya, Nikki Lastreto and Steve DeAngelo, and you KNOW how well he gets on with Kyle – especially if you watch Growing Live!

But what we’re all REALLY looking forward to is more content! More videos, more guides, more shows and more stories.

Nate loves making stories come to life. A career is a story. A relationship is a story. Learning and perfecting a craft or hobby is a story, and every cannabis plant grown from seed to flower is a story.

He’s here to tell as many stories as possible, maybe yours will be next?