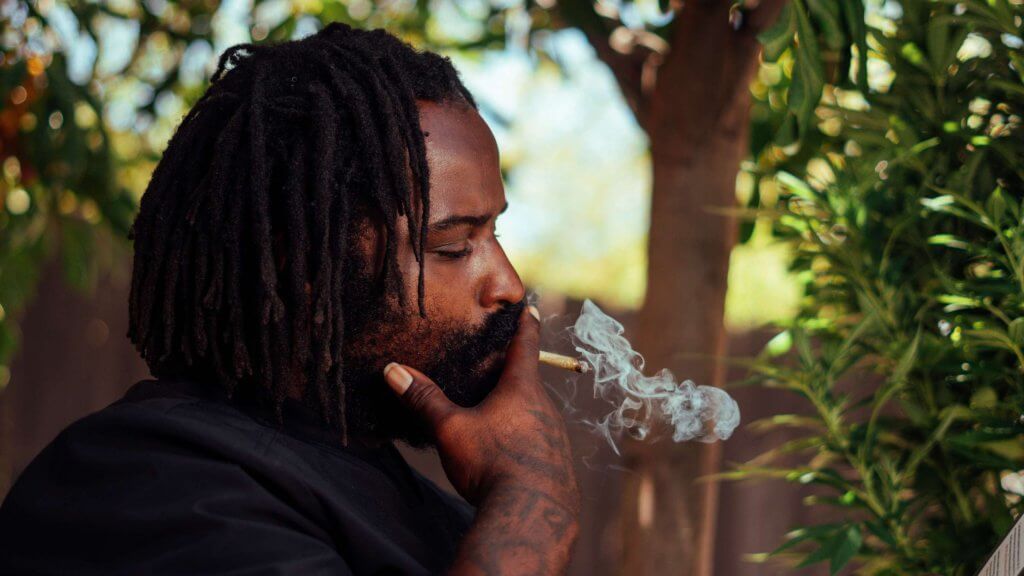 Who is Ricky Wiliams?

This is too big a question for a single article, but we’ll try to give you a rough idea. The challenge is defining a man with such a vast range of interests, skills, expertise and talent. Qualified yoga instructor? Check. Massage therapist? Check. Successful businessman? Football analyst? Movie star? Reality TV star? Licensed Evolutionary Astrologer? Check, check, and check.

Oh, and he was something of an NFL star, once upon a time…

Since he first picked up a joint in senior year, many people have defined Ricky by one thing: cannabis. Is this what he’s all about? Certainly not. Is it why he joined the Homegrown team? Definitely. But this relationship doesn’t exist because Ricky enjoys a bowl. It exists because Ricky Williams loves growing weed. And he loves growing it how nature intended, from seed.

This is where we come in.

Our partnership has an expectation: to make Ricky a better grower. For Ricky, he wants to share this journey with new fans. He wants to ignite a passion for growing, to turn tokers into growers, to help people reconnect with nature and enrich their souls.

Our stars, it seems, have aligned.

We can’t talk about Ricky Williams without mentioning astrology. He’s a fully licensed evolutionary astrologer, using his talents to help guide his own path, as well as countless others.

“Evolutionary astrology can be defined in a number of ways. There’s a heavy focus on the moment of birth, or incarnation. There’s a lot of emphasis on Pluto and its relationship to the moon. But what really attracted me was the personal accountability, how evolutionary astrology keeps us responsible for the way we experience reality. It’s a guide, not a prescription. It makes no deterministic claims and keeps us in control of our own souls, our own destiny.”

Ricky was born on May 21st, 1977 in San Diego, California. This makes him a Gemini (the twins). It also makes his twin sister a Gemini. For those keen on symbolism, astrology was calling to Ricky from the start. At the very least it set a tone of duality, of conflict, presaging the personal battles he’d face as he grew.

His parents divorced when he was five. He had to temper his anger with a too-young sense of responsibility for his younger sisters. He struggled with school at first, until he was told at six years old he had the intellect of someone twice his age. By the eighth grade, he’d found focus. And by high school, he’d found sports.

His first real experience with astrology happened in 2004, when the director of an ashram gave him a free reading, famously asking Ricky, ‘where’s your Mars?’

In 2016, Ricky signed up for astrology classes, started taking private readings and learned to interpret his own chart, and the charts of others. Whether you’re a skeptic or believer, or somewhere in between, it doesn’t matter to Ricky. He’s no evangelist, but he is passionate. He won’t try to convert you, but he will try to converse.

“My deep dive into astrology corresponded with a period of personal growth and maturity. I found that knowing myself made me more interested in others. If you can calm your own restlessness, it grants pause to open your eyes. To see other people, other opportunities, and other ideas you were once too distracted to notice.”

When Ricky left San Diego in 1995, he had no idea he’d return, decades later, to develop his own range of cannabis seeds.

A lot happened in between.

Ricky uses astrology as a guide, as a way to help others gain (or regain) control of their destinies. He sees evolutionary astrology as a fusion of determinism and self-governance. It’s exactly how he sees homegrowing.

“Your plants have a set path. A sativa will grow taller and thinner, an indica will grow short and bushy, but the cultivator has an input, too. You control light and feeding schedules, you control how much you care for your plant, how much to nourish it. Barring accidents (as with everything in life) you control whether that seed becomes a beautiful, productive plant or something neglected. When I give a reading, I’m not telling a person what will happen, I’m telling them what can happen.”

Ricky’s huge range of interests and skills doesn’t just tell us what he’s good at, they tell us about his character, his philosophy.

“With cannabis cultivation, as with life, you get out what you put in. But it’s always nice to have help, to have someone in your corner.”

Which brings us seamlessly to his Homegrown cultivars. We know there will be people asking, why does Ricky have a range of seeds? He’s not a professional grower. True. But Ricky wanted to be part of Homegrown to help people learn, so he gave us a challenge: to create beginner-friendly versions of large sativas.

“I love sativas. I love their energy, their flavor, their trippiness. I like my weed expansive AND relaxing. But sativas are, traditionally, more of a challenge to grow.”

Ricky’s Homegrown seeds are the product of this challenge. Heavy-yielding, sativa-dominant cultivars, full of terpenes, deliciously potent. His Purple Haze and Panama are reworked legends, selectively bred for their ease of growth. His Chocolate Orange is a Homegrown original, a unique cross of Chocolope and the super-popular Tangie.

“You’re going to love growing my Homegrown cultivars. My mission was to make big sativas more accessible to beginners and intermediate growers. Thanks to Homegrown, it’s mission accomplished.”

The potential of Chocolope and Tangie to deliver a world-class cultivar wasn’t lost on our breeders, who stabilized Homegrown’s Chocolate Orange many years ago. Ricky loved the bud, but demanded we create an easier-to-grow version. We delivered. Ricky Williams Chocolate Orange is a more forgiving pheno, but one that retains all the amazing flavors of our original cultivar. And the high really is something else…

“Expect dreamy tangerine from the Tangie, coffee and chocolate from the Chocolope, she’s the perfect after-dinner toke. The peppery myrcene really seasons the flavors, creating a sublime tang matched only by the zingy, euphoric high.”

Ricky’s mouth-watering Chocolate Orange delivers up to 18oz weed per seed indoors, 25 oz/m2 indoors. THC comes in at 12 – 17%, flowering time at 8 – 10 weeks. The high is creative, energetic and happy, and the flavors are dominated by chocolate, orange and coffee.

“I love hearing Jimi through a cloud of Purple Haze, enjoying the high while kissing the sky.”

We’d guess that 99% of growers who pick Purple Haze pick it for the buzz. It’s as euphoric as they come, but the haze IS penetrable. It’s a chatty high, creative and expansive, and it lasts and lasts. As with all of Ricky’s cultivars, it’s more accessible to growers with less experience.

“My Purple Haze is a bit different to the standard Homegrown cultivar. We picked a heavier-yielding pheno with the same great buzz, but she’s easier to grow and perfect for ambitious rookies. Bigger, better rewards for entry-level growers.”

Ricky’s Purple Haze can deliver a weighty 24oz weed per seed outdoors, 21 oz/m2 indoors. She has a THC level of 18% and flowers in 8 – 10 weeks. The high is genuinely AMAZING, and her flavors are a delicious mix of sweet berries and exotic spice.

“This cultivar is pure, cannabis royalty. With such an amazing lineage of sensational sativas, expect a lively plant full of tangy lemon and sandalwood.”

Ricky’s Panama is a cross of Panama 74, Green Panama, and Colombian Punto Rojo. Rarely will you grow a plant with such a gloriously psychedelic high. She’s a little easier to master than his Purple Haze, though probably not suitable for your very first grow.

“My Panama is a more forgiving pheno, much better for beginners, but you’ll still need a little experience. Take the challenge and you’ll be rewarded with a potent, productive and wildly attractive plant.”

Ricky’s Panama delivers up to 18oz weed per seed outdoors, 12 -14 oz/m2 with an indoor grow. She has a THC range of 15 to 21% and will flower in 10 – 12 weeks. The high is trippy, expansive, and euphoric, and her flavor profile is a unique, mouthwatering blend of creamy vanilla, citrus and shaved sandalwood.