Meet the Expert: The Dank Duchess 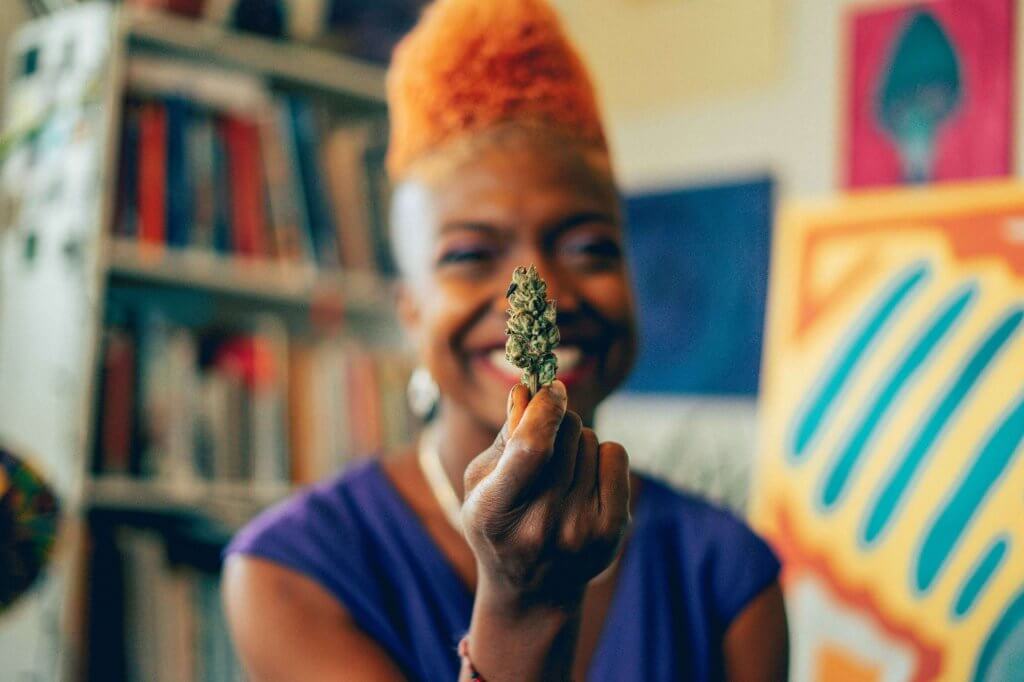 The Dank Duchess is one of the world’s leading authorities on hash and hash-making. She’s a consultant, cultivator, educator, activist and expert. If you want to know how to make hash, she’s your first and last port of call.

We were absolutely delighted to welcome The Dank Duchess to our team of experts, super-excited to give our customers another first-class cultivation resource.

But we wanted to ask, how did The Dank Duchess get involved with cannabis? What started her on the road to hashish? And why did she choose Homegrown to help spread her knowledge of cannabis cultivation and hash-making?

Seeing through the noise

The Dank Duchess, surprisingly, wasn’t always a cannabis fan. For many Americans during the era of full prohibition, there was a lot of negative propaganda to see through.

“I grew up believing fully in the Say No to Drugs refrain. When I realized at 23 that I had been fed lies, I decided to learn all I could about cannabis. Moving to a state where cannabis was much more accepted became my logical option. I saw the immense impact that Dr. Sanjay Gupta’s 2013 television special had on people’s perception of cannabis. I knew that if I could get involved in the media, I could help shape the conversation.”

The Dank Duchess fell in love with cannabis while living in Florida, and managed to grow on the down-low for about ten years. This was risky. Simply getting caught with a joint could land you in prison in the Sunshine State.

“And I was growing it. The paranoia was eating me alive!”

It was her 2014 move to California that ignited her passion for hash, dabbing with the late Frenchy Cannoli at the NorCal Cannabis Cup the same year. Their paths crossed again around a month later, and this time they added coffee and deep conversation to the dabs.

“We realized we had a lot in common, beyond our love of cannabis.”

Frenchy offered The Dank Duchess an opportunity to write about hash for Weed World magazine, though he wanted more than simple smoke reviews. He wanted someone who understood everything about hash, how to make it as well as appreciate it. The Duchess was going back to school!

Frenchy helped deepen her understanding of terpenes, flavor profiles, aromas, cultivar variety, and how these elements fit together on the palate. The more she learned, the more she fell in love with hash.

“This was going to be my niche, my way to get more involved with cannabis media and education. I threw myself into it.”

What started out as a practical way to get her foot in the door quickly became an all-consuming passion. Hash-making helped strengthen her appreciation of cannabis as a medicine, something she’d acknowledged from the moment she first ‘saw’ the plant. She was hooked.

The Dank Duchess and the Homegrown Cannabis Co.

Homegrown shares a core belief with The Dank Duchess, that growing your own medicine is a right. Not a privilege to be limited and prohibited by political interests. It’s a belief she advocates and fights for in everything she does.

“Growing cannabis is beautiful, it creates a unique relationship between you and your medicine. Everybody should be able to grow at home.”

The Duchess has grown in many ways since her Florida days. She has nearly 20 years of cultivation experience. She’s taught hash-making all over the world, appearing in dozens of videos, articles and podcasts. She’s even created her own hash-making process she calls the Duch Touch.

Her hash-related content has appeared in Weed World Italia, Weed World UK, Skunk Magazine, Cannabis Now, and she’s even featured in Ed Rosenthal’s books. You can also catch her on seasons 1 and 3 of Bong Appetit (Viceland).

But what attracted her to Homegrown? Where is she hoping this partnership will take her?

“I teamed up with Homegrown because of their amazing, amazing seed selection. They’ve been understanding and open and willing to see where I can take my needs as a hash-maker to the next level… this is a wonderful opportunity.”

We’re hoping The Dank Duchess can help improve your cultivation and hash-making skills, using her solvent-less, sustainable methods.  We want to give her a big teaching platform, and we want her to ignite YOUR passion for hash.

“You can make good hash in a very basic way, buckets and bags, no more than $400 to get fully kitted out. If you learn my techniques, you’ll be able to take your Homegrown flower and make phenomenal hash.”

What really excited us about The Duchess was her focus on teaching and learning. It’s a focus shared by all of our experts, from Kyle Kushman to Nikki and Swami to Parker Curtis. They all take great pleasure in training and coaching.

Having been trained by Frenchy Cannoli, there’s no doubt The Dank Duchess understands the importance of good teaching. We cannot wait to be a part of her next adventures. To help spread the word in print and in person.

“What’s next for me is travelling as much as possible, as healthy as possible. I’m going to teach hash-making in every single place cannabis can be grown. I want to be hands-on, to deal with actual people. It’s what I’m really, really looking forward to.”

The Dank Duchess has picked three Homegrown cultivars perfect for hash-making. Like the Duchess, you’ll need a good level of cultivation experience to get the most from these plants, but the rewards will be sensational.

“My Super Lemon Haze is almost 100% sativa, so you’ll have to give her plenty of vertical space. She grows tall in veg and can stretch up to 200%. Mold and mildew can be avoided with basic care, though she can be vulnerable to nutrient burn.

Give her plenty of nutes ahead of the flush, but don’t overfeed during veg and flower. This is a complex plant for the more advanced grower, but the multi-layered hit is more than worth the effort.”

“Fat Mazzy needs plenty of room and an experienced hand. She’ll outgrow most spaces and can stretch far beyond 200%. Always be observant, learn her language. The line between hunger and nute-burn can be fine, especially for this plant.

My advice: use a SCROG. Space the plants more than normal, perhaps one for every 15 square inches of screen… and keep them aired. Scrogs lead to thicker canopies so good circulation is vital.

Once those hairs are in full, orange blush, you’ll know heaven’s around the corner. The dried buds are incredible: sugar-coated, apple green with a nose of sweet lemon and chopped pine…you won’t know whether to light ‘em or bite ‘em! This’ll be the best hash you’ve had in years.”

“The first thing that drew me to Melting Pot was the aroma: a four-way hit of tropical fruit, citrus, nectar, and spice. Connoisseurs will also notice orange, peach and bitter cocoa, especially if grown in a tent. You’ll need experience to get the most out of Melting Pot.

She’s tall and gangly, stretching up to and over 200%. Pruning and support are essential, especially during the late stages of flowering, but keep her under control and you’re in for the best harvest of your life.”