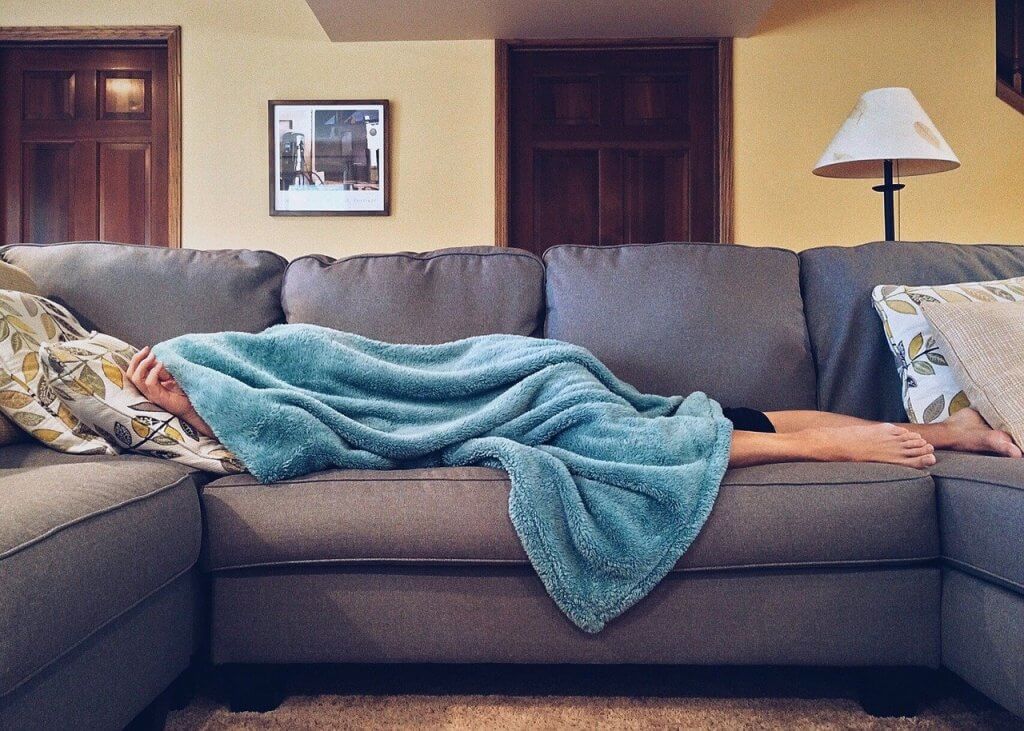 Couch lock is a pretty common side effect of smoking cannabis. It’s hardly one of the worst side effects of getting stoned, although in some cases, like if you were supposed to be doing something, it can be a slight inconvenience. That being said, if your aim in consuming cannabis was to relax then couch lock could actually be a good thing.

What Is Couch Lock?

Anyone who indulges in cannabis knows there are a variety of effects you can get from enjoying different strains of this aromatic, mind-altering plant. One such effect is aptly named couch lock. In simple terms, it can be equated to a feeling of complete physical relaxation that literally makes you feel like you are heavily sedated and ‘locked into the couch.’

Whether you are a cannabis connoisseur or new to the scene, the quick transition between feeling all warm and fuzzy to having your heavy limbs turn heavy as you tumble face-first into the couch may not be the high you expected… or even wanted. Regardless of your stoner experience, it might be a good idea to learn more about couch-lock before you indulge – so you are more prepared when or if it happens.

Want to curb the sensation of feeling couch-locked for hours? Looking forward to melting into your couch at the end of a long day? Would you rather avoid the effects altogether? We’ve got you covered! If you want to learn more about this debilitating, yet satisfying full-body high—read on! We’ve also compiled a few tips to ensure smoking potent couch lock-inducing strains will be a pleasurable experience—no matter how many hits you take!

Here’s the bottom line as it pertains to this smoker’s phenomenon… there seems to be no definitive scientific explanation that indicates the exact cause of couch lock. However, high THC strains such as Indica and Sativa that possess strong sedative properties could very well be the culprits responsible for the couch lock effect.

Other marijuana enthusiasts place blame on a high concentration of myrcene (a terpene/organic compound found in cannabis plants) in various strains as the source for making you feel heavily sedated.

While many users don’t mind couch lock– especially because of the sedative effect, other stoners would prefer to prevent this feeling from sneaking up on them and rendering them inactive for hours. So, if you fall in the latter category of tokers, let’s take a look at the ways you can prevent it.

If you aren’t prepared for the couch lock experience, chances are, you might just have to ride it out—especially if your goal was to feel creative, social, or energized. The good news is… there are a few things you can do to curb the effects when couch lock starts sneaking up on you.

If your goal is to avoid the possibility of couch lock, you’ll want to stay away from higher concentrations of THC and super potent strains. Of course, avoiding couch lock altogether may be futile on occasion because it won’t only depend on the 400 plus active compounds in the different strains you might smoke—it will also depend on your own individual DNA and the control you have over the amount of hits you take.

While it may be true that many cannabis enthusiasts would prefer avoiding couch lock, there are those who wholeheartedly welcome the effects of totally chilling on the couch and tuning out the world. If couch lock is what you desire, here are a few strains that might interest you:

Whether you’re intentionally looking for a high that produces couch lock, just want to curb the effects, or want to avoid feeling like you are ‘one with the couch’ is really up to you. However, sometimes feeling the effects of couch lock will simply be unavoidable. So, if this is the case, you’re probably better off just sitting back, going with the flow, and enjoying the effects of a potent, full-body high!