What Does An Eighth of Weed Look Like? Ultimate Guide 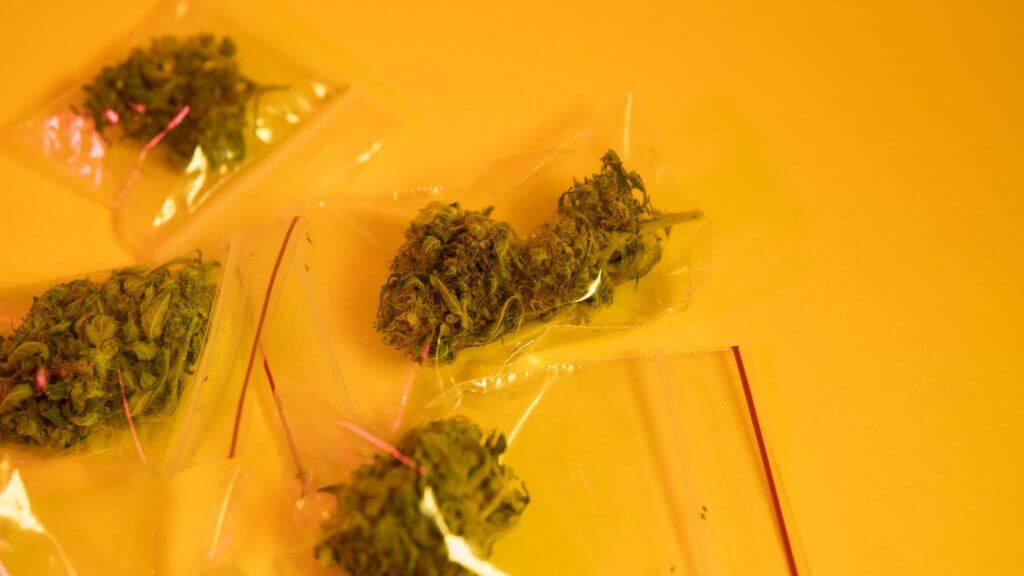 Thanks to changes in legislation in various states, more people are entering the 420 scene. If you’re new to the world of Mary Jane, you may have multiple questions. A popular one is: What’s an eighth of weed?

It’s one of the most popular measures of cannabis and whether you’re purchasing from a dispensary, online store, or any other vendor, knowing what to look for is essential.

Are you curious to find out what a ⅛ of marijuana looks like and how much it costs?

Keep reading as we dive into what an 8th of weed is and how much it weighs. We also discuss how many joints, nugs, and bowls it can give you.

Are you ready to order pot like a pro? Stick around and discover all you need to know about ⅛ weed.

An 8th of weed is a standard measurement for packing the famous green herb. Even before the legalization of marijuana, people buying it used the term to refer to a certain measure of cannabis.

Now that various states and countries have legalized weed, dispensaries use different measurement units for packaging.

The U.S.A. stores measure weed using imperial units, and most other countries with relaxed marijuana laws follow the metric system.

The most common weight measurements are ounces and grams. In regions where the metric system is more common, you might find it easier to ask for ⅛ in grams.

Some marijuana stores use these weed measurements interchangeably, which can confuse beginners. An ounce in the imperial system converts to 28.4595g metric. The terms half, quarter, and eighth of weed are fractions of an ounce.

People may also refer to ⅛ of weed as a half quarter. Other terms tokers use for this measurement are a cut or slice—a slice of a pizza is typically an ⅛.

Regardless of the different terms, an 8th of weed remains the most common. Likewise, you also find sellers using the terms quarter and half. These denote two and four eighths, respectively.

How many grams is an eighth of weed?

How many grams are in an eighth of weed?

Simply put, it’s an ⅛ of an ounce, which weighs roughly 3.5g. Most dispensaries round an ounce off to 28g.

When buying from casual retailers, expect it to be exactly 3.5 grams, as they’re maximizing profit while simplifying measurements. The cannabis quantity varies from 3.5g to slightly higher amounts when purchasing from a dispensary.

Other common measurements in cannabis dispensaries include:

An 8th of weed may appear larger or smaller, depending on the density of the strain.

Some cultivars have light, fluffy buds with an airy texture, while others are compact and tightly packed. Nugs come in so many shapes and sizes, which affects the appearance of an eighth of weed.

Northern Lights strain has a higher density than other options such as Maui Wowie. This makes certain cultivars appear smaller, although they’re heavier.

Due to these differences, it can be challenging to describe what ⅛ of weed looks like. The only way to be sure is by using a scale. In many cases, on average, it’s two or three buds.

The measurement of products sometimes varies from one region to the next, so how much is an eighth of weed in the USA?

It’s an eighth of an ounce. The quantity refers to the weight of the nugs, and the name comes from its mathematical portion.

The term is well-known across states. You can expect two or three nugs in most instances, but this varies from one strain to the next. When you weigh this portion on a metric scale, it should be around 3.5 grams.

Although we’ve covered most of the essential aspects, a few questions regarding an 8th of weed may still linger. Below, we answer a few of the most commonly asked ones.

How long will an 8th of weed last?

It depends on how often you use it. It can last from a day to about two weeks. If you roll medium-sized joints, an eighth will give you several. These can last you up to 14 days if you indulge sparingly.

How many nugs are in an 8th?

It varies, but the average is around three buds. The number of nugs is dependent on the density. Indicas are typically tighter and thicker. It’s best to trust a scale rather than the number of nugs, but if you’ve got to eyeball it, they should fit comfortably in the palm of your hand.

How many bowls is an 8th of weed?

It depends on how many hits you take out of your bowl. An ⅛ of weed weighs 3.5 grams, so you will have seven bowls if you use a half-gram bowl.

It’s vital to know the measurements when trying to purchase pot, whether you’re buying from a dispensary or ordering online.

There are various options, including the popular 8th of weed. The cost and appearance of each vary according to multiple factors, but weight is the most important one.

Next time you buy weed, order like a pro!

Another option for getting your hands on premium buds is growing your own marijuana. Are you wondering how?

Visit Homegrown Cannabis Co. to learn all about the benefits of growing your own marijuana: Your cultivation journey awaits!