What Are Trichomes, Its Purpose And Importance? 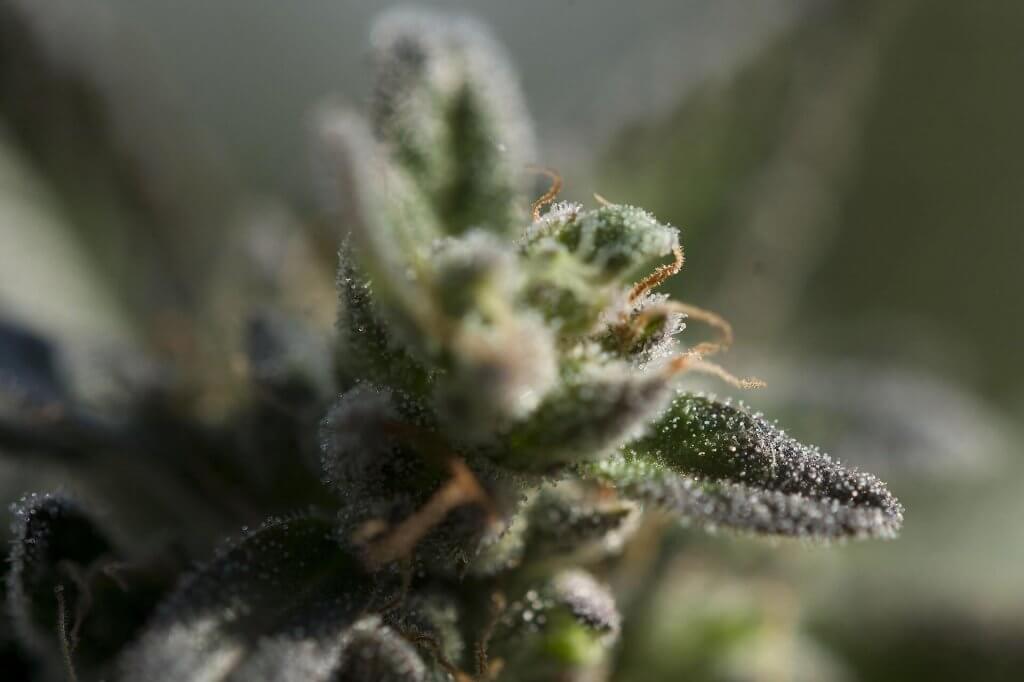 Anyone new to cannabis seeds soon finds out there is much fuss on trichomes – and for good reasons too. On the surface, the frosty, crystal-like resinous glands make for a stunning visual appearance. If it did not exist, then the flowers would have no fragrance, flavor, or effects, regardless of its denseness and size. Furthermore, its importance as a defense mechanism has a far-reaching implication on the survival of the plants. Thus, one of the fundamental goals of home cultivation is to increase its production purposely.

Consequently, hash, shatter, wax, BHO, and other forms for consumption would not exist. Not to mention, the flowers would also lose that sparkly factor that makes them oh so photo-worthy, turning them into nothing but ordinary grass. It becomes 7-11 without the colorful slurpees, pasta with no cheese, and a rice-free sushi.

Got your attention yet? Well, we hate to keep the details to ourselves, so let’s zoom in further on the significance of trichomes to consumers and cultivators alike.

The term “trichome” came from the Green word “Tríchōma,” which means the growth of hairs. These are glands found on the surface of the buds and sugar leaves, mainly responsible for producing cannabinoids, flavonoids, and terpenes in shiny, sticky resin form. These compounds are the source of everything that a cannabis strain could offer – potency, effects, as well as fragrance and flavor.

Trichomes look like a coat of sugar crystals to the naked eye. When examined with a magnifier, it appears like a field of glass mushrooms on the epidermis of the plant. Cannabis plants commonly produce three types of trichomes:

Like all living things, cannabis plants have and continue to evolve. In response to threats, it has developed different defense mechanisms to ensure survival. Trichomes, in particular, are merely one but its most effective means of warding off insects and other pests. These outgrowths also offer protection from unfavorable environmental conditions.

Trichomes are either non-glandular or glandular, each serving different purposes.

Trichomes produce and hold the most critical compounds in cannabis plants, namely cannabinoids and terpenes. That makes these resinous glands the pot of gold for recreational and medicinal cannabis consumption. Also, by observing the color, it helps cultivators know when it is time to harvest.

How Do Trichomes Create Compounds?

A process called biosynthesis produces cannabinoids, flavonoids, and terpenes within trichome cells. This natural mechanism initiates a three-step chemical reaction, turning simple, smaller molecules into complex molecules – binding, prenylation, and cyclization. On a molecular level, nanoscale macromolecules bind to one or two small molecules (aka substrates), attach to each other (prenylation), then pass the transformed substrate to another enzyme, kickstarting sequential changes to the small molecule (cyclization). The entire process makes use of chemical energy rather than mechanical energy in building structures.

Before cannabinoids are formed, the complex series of biosynthetic reactions produces its precursors – natural geranyl pyrophosphate and olivetolic acid. Geranyl pyrophosphate and olivetolic acid bind with the help of the enzyme prenyltransferase, creating CBG, the first cannabinoid. CBGA, also known as cannabigerolic acid, holds a carboxylic acid group. Its presence is the reason why “A” is placed at the end of CBGA. That is also the case for the rest of the cannabinoids — THCA, CBDA, and more. When heated, the carboxylic acid groups sever with the cannabinoid structure as carbon dioxide (CO2) gas in a process called decarboxylation. After this, the cannabinoids lose the “A” designation, turning THCA into THC and CBDA into CBD.

When To Harvest According To The Trichome Color?

All growers aim to get the most out of cannabis plants. That is why its fed with proper nutrients and provided the right type and intensity of light. Even after following cannabis-growing guidelines and maintaining optimal conditions, harvesting at the wrong time results in poor-quality flowers.

The color of the trichomes is the best indicator of the ideal harvest time. Start checking the color of the outgrowths in the last two weeks of the flowering stage. Feel free to check daily to observe the transition of colors, which is something we recommend to novice growers. As trichomes are too small, use a magnifying glass or jeweler’s loupe when examining.

Here are the different colors of trichomes and what each one indicates:

How To Boost Trichome Production?

Both consumers and cultivators want resinous buds. However, some are not aware of the factors that affect a plant’s trichome production, and that by manipulating some of these elements, an increase in resin concentration is achievable. Let’s take a look at the methods you can use on your next grow.

Among the factors that influence a plant’s ability to produce trichomes, genetics is perhaps the most important. You cannot force a cannabis plant to do or give beyond its natural capacity. Thus, by choosing inherently resin-rich strains and regulating environmental elements, it is possible to maximize trichome production. Try Super Silver Haze and White Widow for reliable genetics. Both have a reputation for developing a thick coat of resin during the flowering period.

Light exposure is not only critical to survival and growth but also a cannabis plant’s trichome production. When grown in equatorial regions, it tends to generate more resin due to areas’ high exposure to UV rays. As mentioned before, trichomes protect the buds from excessive light. So, by exposing the plants to UV-B light via UV-B fluorescents for around 2 to 3 weeks, a striking difference in trichome development is seen.

Because this procedure is considered low-impact stress, the plants must be monitored consistently to ensure it remains healthy. Of course, make sure not to perform this on delicate, unhealthy plants. Some stress can help enhance the trichomes. However, too much may cause irreversible damages that can hurt the overall bud production or even cause death.

Unless a first-timer, the grow room is most likely already set-up with everything needed to control humidity and temperature. This procedure must be performed 2 to 3 weeks before harvest.

Drop the humidity of the grow area below 30% RH while making sure the temperature stays under 26°C. One way to boost the trichome production, though, is to lower the night temperature to 10-15°C. Although it may seem a bit harsh, this activates the natural tendency of cannabis flowers to increase metabolic response when grown in colder months, encouraging higher resin production. For adjustments, consider using a dehumidifier or an air-conditioner to maintain ideal conditions.

Most stress training techniques are applied during the vegetative stage, giving the plants ample time to recover. That said, there is one method that can be carried out at the end of the life cycle to supercharge trichome production. This approach is called “splitting,” and only highly skilled cultivators must perform it as it is an extreme high-stress training.

Proper timing is crucial as splitting too early would cause the plant to respond negatively to the induced stress. Typically, it is executed 7 to 10 days before harvest. Although mostly applied outdoors, it can also be performed in a controlled setting.

Splitting, as the name suggests, entails “deliberately” cutting or wounding the plant. Do so vertically in a portion of the stem. That tricks it into believing it is under attack, producing more trichomes as a defense mechanism. Super cropping, which involves bending the plant to damage its tissue and induce stress, is also an option.

Why Every Step Matters?

The entire growing process provides plenty of opportunities to implement decisions that will boost resin production. Instead of only applying some trichome-increasing techniques, however, ensure first that the plant is healthy and reared in a favorable environment throughout its lifecycle. Second, understand the functions and importance of trichomes. Often overlooked, these resin glands deserve appreciation for playing a critical role in protecting cannabis plants and producing everything good in the buds. Once these two are accomplished, feel free to perform techniques that can supercharge the plant’s trichome output. Of course, it is recommended to stay within individual gardening skillset to ensure no irreversible harm will befall the precious cannabis.

« Why And How To Use Sunflower Lecithin To Make Edibles
Feminized Cannabis Seeds: Question & Answers »