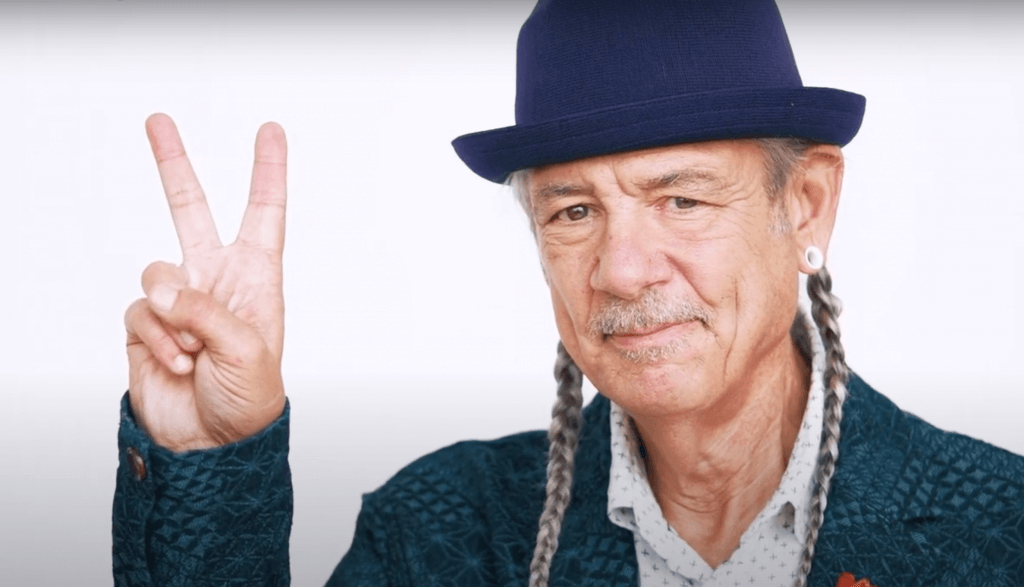 Our new Cultivars With Character collection is here! We have collaborated with three cannabis industry icons to craft this exclusive range of top-notch seeds.

We are delighted to work with Steve DeAngelo, his commitment to cannabis reform for over 40 years places him at the forefront of the industry, were it not for people like Steve, there may be no cannabis industry at all.

Steve DeAngelo has fought the law and won, he has fought for his right, our right, and your right to grow and consume cannabis. This is a man who is uncompromising in his beliefs that cannabis is a gift from mother nature and therefore something that everyone has the right to.

Steve DeAngelo was bestowed with the moniker ‘The Father of the Legal Cannabis Industry’ by 41st Mayor of San Francisco Willie L. Brown Jr – a title that seems only fitting for a man who continues to guide the cannabis industry and push things forward.

Steve DeAngelo – The Father of the Legal Cannabis Industry

While many know Steve DeAngelo as the chairman and co-founder of Harborside Dispensary, his path was forged and entwined with cannabis long before the words ‘cannabis industry’ even crossed the lips of lawmakers let alone a viable industry with proper infrastructure. A lifelong activist and vocal proponent of freedom and liberty, Steve DeAngelo became active at a very young age, skipping school to attend protests anti-war demonstrations which then turned into him dropping out of school completely to commit to the Youth International Party, also known as the Yippies.

Being the lead organizer of the annual Fourth of July Smoke-In which took place in front of the White House in Washington DC for over ten years strengthened Steve’s resolve as an activist and helped develop his talent for organization. After graduating from college in 1984, Steve went on the open Nuthouse which acted as a safe haven for cannabis activists in DC.

In 1986, Jack Herer arrived at Nuthouse carrying in his possession a tattered manuscript for what would soon become the iconic book The Emperor Wears No Clothes which outlines the hidden history of industrial hemp and its connection to cannabis as well as the corruption and conspiracy to make both illegal. Deeply inspired by the book, Steve DeAngelo committed to spreading the message of Jack Herer’s book far and wide, sentiments that he embodies to this day.

From here, Steve DeAngelo started the first Hemp Museum and Hemp Tours, founded his first cannabis company, Ecolution which positioned itself at the forefront of the industrial hemp boom, making clothing and accessories which retailed in 50 states and 21 countries.

Steve DeAngelo remained a mainstay of the cannabis reform movement, this led him to play a pivotal role in the passage of Initiative 59, Washington DC’s medical cannabis law. After US Congress vetoed this, disillusioned, Steve packed up and headed to California where medical cannabis law would not be subject to such a veto.

In 2000 Steve DeAngelo arrived in California and immediately immersed himself in medical cannabis, which eventually led to him opening the Harborside Dispensary. After successfully fending off multiple attempts by the government to shut Harborside down, Steve began to set up more organizations dedicated to righting the wrongs of the past in terms of how cannabis users and people, in general, are treated. These initiatives include free holistic clinics, low-income care package programs, and also continued activism for prison reform.

The cannabis industry is not something that appeared overnight, it took years of struggle and protests by activists like Steve DeAngelo whose values are embodied in the phrase ‘Cannabis Freedom’.

“Cannabis freedom means exactly that, it means that anybody has the freedom to use cannabis and for many, many people the only way they can really exercise that freedom in a meaningful way is if they can grow their own cannabis. So, what mother nature has given, let no person take away,” Steve DeAngelo.

If you couldn’t tell by our company name, we believe that everyone should have the right to grow cannabis in their homes legally. Obviously, for the time being, at least, this is not possible – cannabis is still very much illegal at a federal level, and while many states are reforming their cannabis laws, unfortunately, this does not allow everyone to cultivate cannabis in their homes.

That’s where people like Steve DeAngelo come in, a lifelong proponent of cannabis freedom, he fights for the rights of people across the USA and even the whole world to have the freedom to access the good plant as mother nature intended. This is a stance he promotes further through his Last Prisoner Project.

Steve DeAngelo appreciates the level of educational content available from Homegrown Cannabis Co. – from our A Beginners Guide with Kyle Kushman video series, to our guides on sexing your cannabis plants, setting up a budget grow room, or our whole section dedicated to troubleshooting cannabis plant problems.

Our range of educational content is only one element, we also have our Homegrown Forum where we are creating an online community for cannabis growers to interact and give advice to one another.

Overall this is a collaboration born out of mutual respect and shared ideals – the idea that everyone should have the right to grow their own cannabis. Steve DeAngelo and Homegrown Cannabis Co. both want to help make this happen and make it easy as possible for growers to successfully grow in their homes.

Unlike most of our other collaborators, Steve DeAngelo’s reputation doesn’t come from actually growing cannabis as much as it comes from advocating people’s rights to the herb and also smuggling and selling the plant during the days of fierce prohibition. Both of these jobs are extremely stressful and mentally taxing which means you will probably want some weed that has a relaxing effect. Also, in those days, potent cannabis was arguably more valuable as cannabis was much more difficult to get hold of. This and more is reflected in Steve DeAngelo’s choice of cultivars.

While the name of this strain may conjure up visions of the apocalypse, the reality is far different; Hellfire OG Feminized is a remarkably relaxing strain to smoke. A cross between OG Kush and San Fernando Valley OG Kush, Hellfire OG is a potent addition to the family tree that carries the iconic, euphoric high of its parents with added physical and mental relief. Also much like the rest of its family, Hellfire OG carries the lemon diesel and spicy, earthy scents that have enticed consumers for decades.

Steve DeAngelo chose this strain for its potent relaxation and also the easiness with which it can be grown, this is one of the easiest cannabis strains to grow, perfect for beginners, that can act as training wheels before you move on to more advanced and difficult kush strains to grow.

Steve DeAngelo first encountered this enamoring strain in California’s medical marijuana market. Originally called Green Crack, Steve appreciated the high potency of this strain at a time when the federal government was still raiding dispensaries, therefore this strain was particularly valuable as a little really goes a long way. However, Steve believed that the name didn’t do much to relieve cannabis of negative stigma and therefore renamed it Dream Queen Feminized, the name stuck, so here we are.

The potency of this strain means that it is not for novice tokers, it packs a real punch that means it is best consumed in specific situations such as serious sessions and not before you have to go to take the dog for a walk.

If Hellfire OG were the training wheels then Alien OG Feminized is what you grow when you are looking to move up a grade, to level-up so to speak. While a little more demanding to grow, Alien OG has some traits that make it undeniably great. For example, it’s fresh and fruity flavors, described by Steve as being ‘fruity as fuck’, are enough to leave most consumer’s mouths watering. There are also earthy, pine elements to the fragrance and flavor of this strain which round it off quite nicely.

Alien OG is a difficult strain to grow, however, don’t let this deter you, it is extremely rewarding when grown properly but just be aware it requires a little more care and attention.

Both Homegrown Cannabis Co. and Steve DeAngelo dream of a future where anyone is free to cultivate and consume their own cannabis, homegrown is the way that it should be.