An Interview with The Dank Duchess – Modern Day Hash Master! 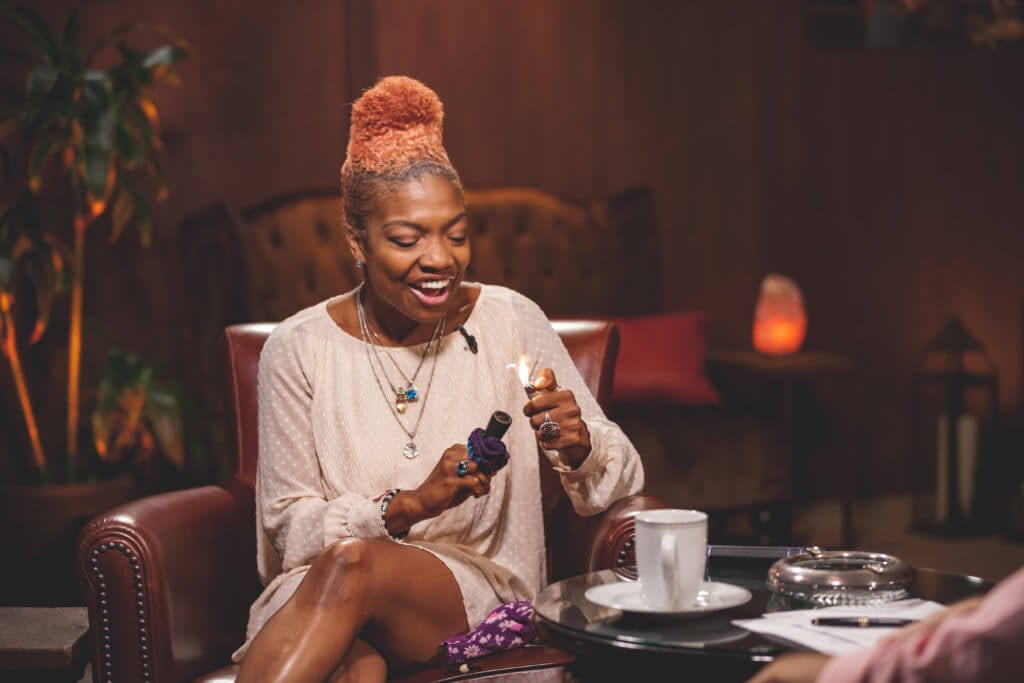 The Dank Duchess is an internationally renowned cannabis cultivator, master hash maker, educator and writer – in shorter terms; she’s a modern pot polymath. Coming up under the mentorship of the legendary Frenchy Cannoli, The Dank Duchess has established herself at the forefront of the hash scene and cannabis industry at large throughout her 15 years of experience cultivating cannabis.

Now that she’s not traveling the world and educating people on making hash and general cannabis cultivation due to the current global pandemic, we had the time to chat with and ask The Dank Duchess a few questions regarding her experiences, her process, and her hopes for the future of the cannabis industry.

Could you tell us a bit about what you do and how you started, please?

After more than 10 years of reading about the cannabis community and watching from the other Sunny state, in 2014, my husband and I decided to move out west to grow a lot of cannabis and to get involved with cannabis media.  Since then I have been mentored by Hashmaster Frenchy Cannoli, have become a hash maker, educator, and public speaker espousing the benefits of cannabis and hashish. I greatly benefit from my 18 years of cultivation experience as I can really delve into my mantra of “All Weed Everything” as a single source operator.

What made you get involved in the cannabis industry to begin with?

I grew up believing fully in the “Say No to Drugs” refrain.  When I realized at 23 that I had been fed lies, I decided to learn all I could about cannabis.  After 10 years of clandestine closet cultivation, I was getting sick from the paranoia.  I also strongly believed that my quality of life was hugely impaired by living a double life.  Therefore, moving to a state where cannabis was much more accepted became my logical option.  On top of that, I saw the immense impact that Dr. Sanjay Gupta’s 2013 television special had on people’s perception of cannabis.  I knew that if I could get involved in media, I could help shape the conversation.

Ok, so how did you get involved in cannabis media?

I jumped into media almost as soon as I made it to California.  Frenchy Cannoli provided the opportunity to both learn how to make hash and to write in Weed World Magazine about hash appreciation.  Over the course of five years, I delighted in the hash of dozens of hash makers and wrote stories about the adventures I had while consuming their wares.  My hash exploration and writing gave me a peek into each hash maker’s process and motivation.  I in turn educated people through my social media and through youtube videos as I coaxed people onto the “grow your own” and “make your own” bandwagon.

Besides writing for Weed World I have contributed articles to Cannabis Now, DOPE, and two of Ed Rosenthal’s books.  I have appeared on camera for industry-focused production such as GreenFlower Media’s High Rollers as well as VICELAND’s Bong Appetit (Seasons 1 and 3).  I have also been blessed to speak at several conferences over the last few years including Outside Lands, Emerald Cup, Boston Freedom Rally, and Spirit Plant Medicine.

Did you encounter any problems when you started out?

Though not an issue these days, the main pushback that I encountered when I first started making hash was from people who chose to believe that my husband was involved in the hashmaking.  When discussing hash with other makers, I found myself constantly having to redirect questions about hash to myself when men assumed that I was my husband’s assistant.  Unconscious bias made it hard for those guys to take me seriously.

What do you most enjoy about the cannabis community?

Growing cannabis is at the heart of my involvement in the community.  I get tremendous joy nurturing plants from seed.  It pains me that the ability to grow one’s own medicine is not a right afforded to all of us.  Rather, corporate interests have used their influence to effectively lobby against people being able to take agency over their own care.  I use my platforms on Instagram, Youtube, Twitter, Facebook, and now Clubhouse to encourage people to take their health in their own hands rather than relying on companies who care more about the bottom line than they do patients.

How do you think Proposition 64 has changed the cannabis industry?

Since Prop 64 became official, about 90% of the operators that I knew have left the cannabis space. Inability to pay license fees, inability to pay for business spaces with no income, and regulatory run-around have forced some of the best businesses to close or to go underground.  Most do not talk about that unfortunate fact – the return to the underground market in order for people and patients to survive.  In their place, corporate cannabis has flourished, though some of the biggest names with the most funding actually floundered.  It turns out that just having money, but no passion, or at the very least, no experienced cannabis growers or processors does not lead to a profitable cannabis business.  Nevertheless, big-box cannabis appears to be here to stay.  Thankfully craft cannabis does continue to grow and here in California, we do have the opportunity to grow our own, and that is the crux of freedom in my opinion.

I too have been affected by Prop 64; electing to consult with small farms and large corporations alike rather than attempt the full legalization process.  Besides, my frequent traveling (pre-Covid) keeps me in different locations teaching hash making.  One of my favorite parts of being a member of the cannabis industry is the opportunity to meet people from around the world as we exchange ideas about emerging cannabis science, policy, and community engagement.  Often I am judging cannabis cups as I travel, so the ability to smoke resin all over the world is also a perk of my global hash consultation.

What are your hopes for the future of the cannabis community/industry?

Here in California, and as I travel internationally, it is painfully evident that there is a low percentage of minority operators.  Cannabis provides wellness for all, and yet are an accessible benefit to relatively few.  For this reason, I am absorbing all I can about cannabis culture in the Caribbean, Latin America, and Africa.   With the purpose of helping to dismantle the rigid, patriarchaI, and imperialist-minded approach to cannabis business, I endeavor to teach for free cannabis cultivation and hash making to women in these locales.

Progress moves in ebb and flow, so I have no expectation of perfect linear growth regarding all of our efforts to create a regenerative and sustainable industry for everyone.  However, with conscious community building, using concepts of our interdependence and communal responsibility, total acceptance and integration of cannabis in our lives is inevitable.

« How to Use Homegrown Diaries – The Amazing New Online Platform to Help your Grow Turn Pro
4 Helpful Training Techniques for Phenomenal Yields! »