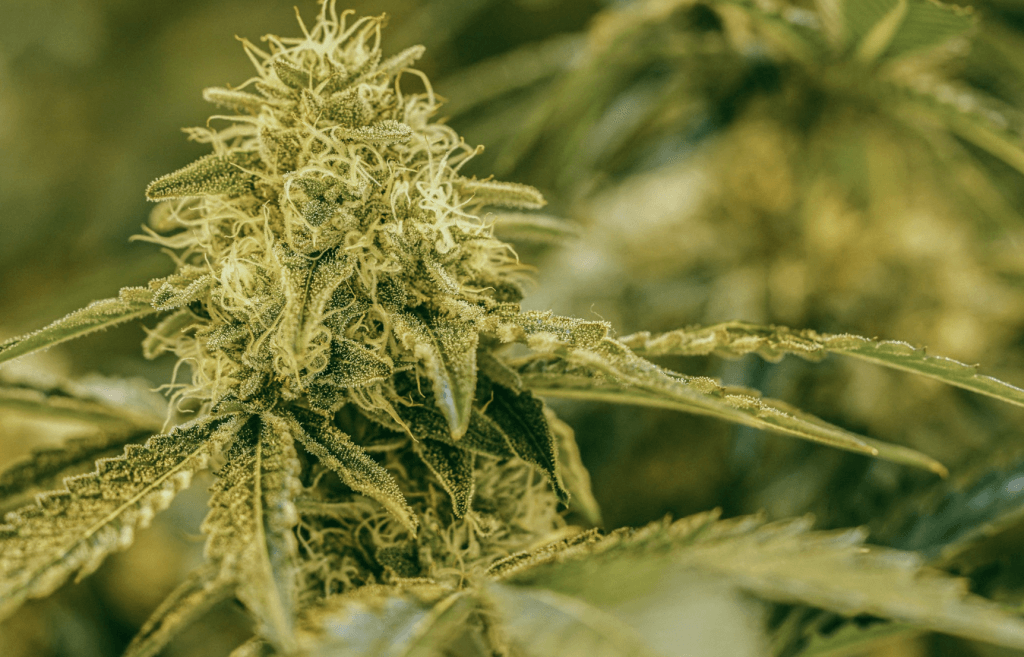 Named famously because of its distinct sharp sour aroma, Cheese, which hailed from the United Kingdom (U.K.), has spawned many different types of strains and hybrids. Cheese is included as one of the favorite strains of all time, thanks to its unique flavor and consistent potency.

About the Cheese Strain

The Cheese strain is a rare phenotype of Skunk #1 whose pungent aroma was clearly passed on to Cheese. The modern Cheese strain was created by adding some Afghani genetics into the mix to give balance and make the strain more rounded. Afghani’s Indica genetic influence increased Cheese’s production of trichomes. Cheese was first introduced in 1988. Fortunately, because of cloning, Cheese strains could exist and contribute to horticultural breeding until now.

It’s a rare phenotype. However, some breeders had the ingenuity to imitate the original Cheese strain by developing its seed form through crossing a female Cheese strain with the other Indica strains.

Cheese strains can have up to 18% of THC (tetrahydrocannabinol), which is slightly less potent than a lot of modern, high THC cannabis strains. Therefore, it’s effect is more calming than energizing. It has no relevant amount of CBD nor any minor cannabinoids, but it’s rich in Caryophyllene (peppery), Limonene (citrusy), and Myrcene (herbal) terpenes.

Caryophyllene has a spicy scent with anti-inflammatory benefits, while Limonene is citrus-scented and is believed to relieve anxiety and stress. Finally, Myrcene has an earthy taste and is a commonly found terpene in cannabis.

Cheese was named as is because of its sour aroma and strong cheese flavor. Cheese’s first level of effect induces happiness and a general sense of euphoria. The next level predominantly points to bodily effects, which is characterized by a body-numbing high that sometimes leaves the user craving food. Some users report having felt creative while most of them developed an urge to take a nap.

While the majority of its genetic traits are from Indica, it’s potency is still pretty high and hits fast. Cheese retains some Sativa features, resulting in its possession of mood-elevating qualities. Because of the strain inducing feelings of gentle positivity on the user, it’s a favorite among those who want to relieve their anxiety and stress.

Moreover, the body-numbing high of Cheese provides a reprieve from chronic pains. Users with chronic insomnia also take advantage of the “lull” that the Cheese strain gives. Also, Cheese is occasionally used to increase appetite.

History of the Cheese Strain

In the mid-1980s, legend has it that Sam “the Skunkman,” the original Skunk #1 breeder, moved from California to the Netherlands in the hopes of cultivating more plants in isolation. He brought with him his prized cannabis strain called Skunk #1.

In time, Sam’s breeding brilliance was at last recognized. The Dutch loved Sam’s Skunk because, aside from producing bountiful yield, the Skunk strain has a short flowering time. However, back then, cultivators weren’t impressed with the super aromatic features of Skunk. But frankly, the Skunk was more of a threat to the cultivators than an advantage.

To remedy these complaints, Sam replaced the powerful smell of the Skunk with something sweeter. He did this by cross-breeding. By the end of the decade, everyone thought that Skunk #1 has completely lost its aromatic scent.

In 1988, a cultivator from South East England opened a pack of Skunk #1 seed for cultivation. As the plants were growing, he noticed that a lone plant stood out among the rest because of its unique and powerful aroma that is reminiscent of cheese.

The peculiar plant’s scent had no similarities to all the cannabis strains he encountered before. The plant also had larger buds compared to all the other growing Skunk #1 plants. Because of the plant’s never-before-seen features and potential, cultivators quickly cloned it and distributed it in the U.K. underground scene.

The mysterious strain is a massive success. It dominated festivals, parties, and weed scenes in the 1990s. This plant was to be later coined as the “Cheese” strain. Enjoyed mostly because of its taste and scent, today, Cheese is pretty common in the U.K., and so is in any country where cannabis is legal.

What are the Top 5 Cheese Strains?

If you’re into the skunkiest and dankest cannabis strain, the Cheese strain should not be invisible from your list. While Cheese isn’t exactly to everyone’s taste, it’s a must-have for those nights when you just want to lay down and envelope yourself in a heavy atmosphere of sour aroma.

We picked out 5 of the best Cheese strains in the market today. Let’s scrutinize each feature to help you decide which ones to pick.

The Strawberry Cheese strain has the contrasting aroma of sweet Strawberry and savory Cheese. This strain’s Sativa traits stem from a Strawberry Sativa, while its Indica-dominant gene is from Cheese.

Grown within the rigors of rough conditions, the Strawberry Cheese naturally produces a heavy resin coat as a form of protection from the rough environment. Sturdy and small, Strawberry Cheese matures quickly with a high potency of 21% THC volume.

It’s sense-assaulting ability to bring out feelings of euphoria is unparalleled. Afterward, you’ll feel your body relaxing gradually until you’ve got nothing but an intense desire to sleep. More than its recreational perks, Strawberry Cheese is also known to relieve pain, anxiety, depression, migraines, arthritis, muscle spasms, low levels of appetite, sleeping troubles, and so on.

Since this Strawberry Cheese variety is an auto-flower, it’s such an easy strain to cultivate. There is potential for at least two harvests of this strain per year and it can even be grown indoors and outdoors. Additionally, because the strain yields an abundance of trichomes, it can be utilized for resin extraction.

Quick facts: The Strawberry Cheese Autoflower is a hybrid that yields at most 21% THC level and 0.6% CBD level with a flowering time of 10 to 12 weeks. Due to its high-potency, it’s best consumed by experienced weed smokers.

The Strawberry Banana strain has won multiple Cannabis Cups. It’s a strain known for its intensely sweet berry flavor. Don’t be fooled by its sweetness. It has a notably high THC potency from 22% up to 26%. This strain is best enjoyed at the end of the day, where you just want to relax and feel waves of euphoria.

The Cheese strain is not your regular strain of subdued fragrance and flavor. Its powerful pungence is the combination of sour, earthy, smooth, cheesy, and savory aromas, unique only to the Cheese strain. It’s hard-hitting, and fast-acting potency is due to its 17% to 20% THC content.

The combination of the Strawberry Banana and Cheese strain is better than many may expect. The odd contrast between savory and sweet has never been so well encapsulated than in the combination of this strain. Moreover, its smooth hit for a relaxing high keeps the consumers on a loop every time.

The Strawberry Banana Cheese strain can be consumed during the day and at night. However, it’s best consumed at night due to its calming post-effect. If you want to try this strain during the day, try it on the weekends or in times of your day-off.

The hybrid strain starts off with a calm and happy euphoria. It’s easy enough to stimulate the brain for creative processes and activities. At a certain dosage, which can be different for each user, the strain can sharpen one’s focus and awareness of his or her surroundings. The colors seem to be more vibrant, the sounds louder, and the sense of touch more sensitive.

The Cheese and Diesel strains have several common traits. To start, both have distinct and powerful aromas, Diesel of petrol while Cheese of enticingly sour fragrance. Next, both strains can be similar in terms of psychoactive effects. Both can serve hard-hitting highs with a relaxing vibe later.

As a result, the Cheese Diesel strain is a smooth aromatic hybrid that ensnares the senses while giving off an uplifting, relaxing, and sublime high. It’s a great acquaintance to social gatherings with slightly upbeat vibes. It brings down walls of inhibitions, turning even the shyest of the group into a social butterfly.

Cheese Diesel is also a good precursor of creativity. It’s perfect for days when you want to stay motivated in the middle of a heavy workload. After the potency starts to wane, the second wave of high comes in but in a relaxed and calming manner.

Cheese Diesel strain’s anxiolytic and antidepressant properties may help with relieving anxiety and sad thoughts. Its anti-inflammatory properties might also help with several types of physical discomforts, such as backaches, migraines, and fibromyalgia.

You might need a heavy-duty odor control mechanism, as the pungent scent of this strain can be overwhelming. In terms of flavor, it primarily tastes of blue Cheese with a diesel-like aftertaste. Hints of limes, lemons, and sweet tangerines are also evident.

Aside from its resinous buds, the Cheese Diesel strain is a pleasure to cultivate. The growing management for this strain is easy, that even beginners can handle it. By using Homegrown Cannabis Co.’s feminized seeds, a maximized yield is possible.

This is the pure unadulterated Cheese strain in an autoflower form care of Homegrown Cannabis Co. Cheese Autoflower matures fast. It can be harvested in 70 days and needs only the most basic care. Growing in just an average height, the Cheese Autoflower does not need so much space.

The Cheese Autoflower has its natural protective coating, so it stays alive even in severe weather conditions. They can also be grown indoors or outdoors. Indoors, the strain can happily grow on regular loom soil or hydroponics using the SOG method.

The Cheese strain does not need much introduction. It’s a well-received cannabis strain all over the world. As the name “Cheese” suggests, the strain smells mainly of Cheese.

After several hits of this strain, you’ll immediately feel a rush of cerebral buzz; at 18% THC potency, it’s expected to do so. You think the high ends immediately, but it escalates until it reaches its peak effect. There and then, bliss and tranquility take over.

The Blue Cheese strain is considered a gourmet strain. It has a bold aroma with an easy sense of euphoria. The high of this strain is never overbearing. Rather, it’s a relaxing, mellow, and long-lasting joint. The most notable effect of this strain is putting the consumer in a long trance of deep relaxation. Since the Blue Cheese strain mainly relaxes the body, it’s advisable to only smoke this late in the day or in the evening.

This strain is a good candidate for relieving various ailments. Its most common application is relieving stress. It also helps to relieve bouts of depressive moods and episodes. Its analgesic ability helps with bodily discomforts. Since it’s a great sleep-inducer, it can be recommended for those with mild insomnia or other sleeping problems.

Homegrown Cannabis Co. has quality seeds of the Blue Cheese strain as well as a number of other cheese seeds for sale.