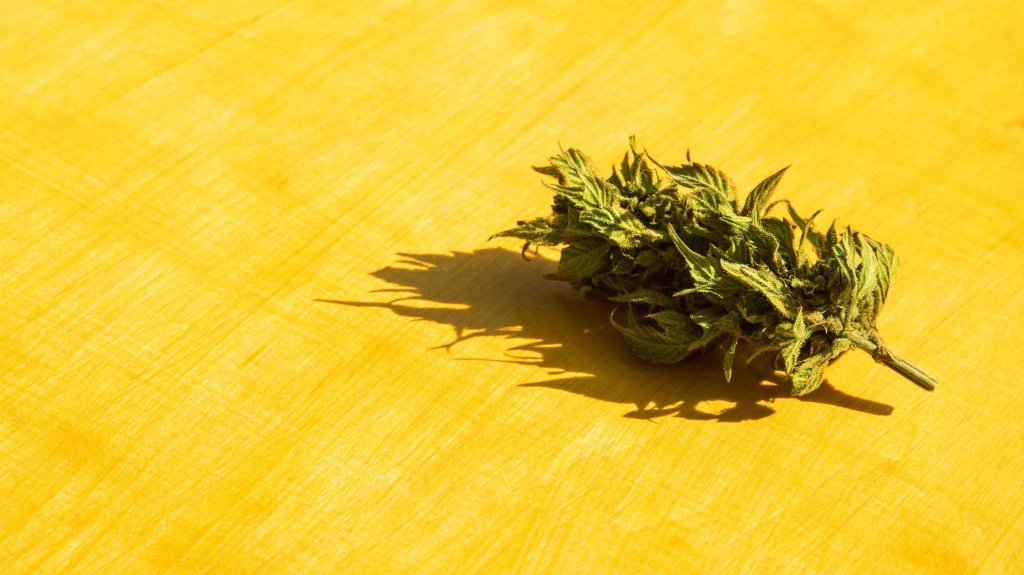 The math involved in weed measurements could confuse a veteran on their fiftieth purchase. It’s no wonder that newbies sometimes struggle with the cannabis buying process.

Are you preparing to obtain your first bag of delicious cured flowers? Are you tired of not knowing what you’ll get when you ask for a quarter of weed? Either way, you’re in the right place. Let’s run through the basics and make sure that no stoner is left behind.

Weed weights generally revolve around the context of an ounce. You might want to purchase less, even as little as a bud, for tasting purposes. Cannabis shops have you covered—all you need to do is ask.

A bud or two is manageable, but it’s impossible to eyeball it at higher weed sizes. It’s best to familiarize yourself with weed measurement in grams or have complete trust in your supplier for many stoners.

Let’s face it. We on the American side of the ocean aren’t the greatest metric system whizzes. To make matters worse, dispensaries in the US apply a combination of local imperial and global metric units to describe cannabis quantities.

Luckily, there’s not much that you have to learn when it comes to weed grams, especially if you buy for personal use only and don’t often find yourself mixed up with one-pound plants, or God forbid, kilograms.

A gram of weed is one twenty-eight of an ounce. It doesn’t weigh much of anything, and it’s rarely more than a single flower. Let’s dive a bit deeper into common measurements of weed you’ll encounter and demystify the real weight behind each.

How many grams of weed are in an eighth of an ounce?

By definition, an eighth of an ounce of weed equals three and a half grams. Some dispensaries might round it up to four to encourage buying in bulk.

Most stoners skip amounts of weed under this mark. Eighth is the minimum when you want to get some bang for your buck and skip visits to the shop for at least a few days. If you’re low tolerance or buying a THC powerhouse, you’ll be good for a week.

Since ‘an eighth of an ounce’ is quite a mouthful, people often refer to this weed measurement by its many nicknames. ‘Slice’ is the best-known, but people might also call it ‘half a quarter,’ ‘cut,’ or ‘eify.’

How many grams are in a quarter of weed?

‘A quarter of weed’ is a quarter of an ounce or approximately 7 grams of marijuana. It’s a larger investment, but it works for stoners looking to save some cash through volume purchases. A quarter leaves you confident in your stash, too.

You’ll get a chunky, palm-sized bag for this quantity. It yields around a dozen joints, making it ideal for the resident party cannabis procurer.

How many grams are in a half ounce?

‘A half of weed’ is a shorthand for half oz of weed or 14 grams for those still on metric. It’s a more serious purchase, the size of a small bag of snacks, and can last for as long as a month, even to regular smokers.

You’ll also hear the term ‘half a zip’ for this amount of weed in more informal settings.

How many grams in an ounce of weed?

An ounce of weed, or 28 grams, is typically the largest amount you’ll find in a dispensary since many possession laws still put a cap on how much you can own.

Smaller amounts of weed are measured with the metric system. Larger quantities stay in ounces for easier tracking. After all, who even knows what 454 grams of weed is (if you’re curious, it’s one pound).

If doing math in your head isn’t your jam, here’s a short conversion table for you to copy or print out.

Note: We skipped the decimals for metric since it’s industry standard to round the number to the nearest gram.

What other slang terms are used for measurements of weed?

The illicit character of our favorite green plant makes the cannabis world full of jargon and slang terms. Today, sellers are free to discuss weed weights in numbers, but it’s a knee-jerk reaction for many to use euphemisms and alternative phrasing.

Plus, ’a dime bag’ sounds cooler than ‘1 gram of weed.’ Instead of hitting the urban dictionary, you can stay right here. Let’s explain the most common slang weed measurement terms you’ll hear.

A dime bag stands for a gram of weed, the smallest increment of cannabis available for purchase. It has you covered for a joint or two, depending on how you roll.

A gram’s perfect for testing a new strain or an impulse buy on a night out, but it’s generally more cost-effective to go for higher amounts.

Dub sacks and dime bags look pretty much the same when the flower’s broken up, but there’s a difference between the two.

Usually amounting to two medium-sized buds, a dub sack is a standard weed measurement for two grams. You’ll get around five standard joints or one to two decent blunts.

A slice is an eighth of an ounce or 3.5 grams of cannabis.

This amount is ideal for most everyday stoners. It falls under the purview of bulk purchases, which reduces the cost. There’s no pressure to smoke as much as you can before the flowers get too dry, either.

Zip is a full ounce of weed or 28 grams. It’s what you’d buy to eliminate the fear of running out of your favorite strain. If you choose a zip, develop a storage system that doesn’t let your cannabis dry out. Airtight mason jars are our option of choice.

A QP stands for a quarter-pound of weed, which equals four ounces or 113 grams.

Many stoners never come face to face with this weed measurement. It’s mostly for dispensary owners buying wholesale, but some states allow between three and six ounces for medical marijuana patients.

How to make sure you’re getting the amount of weed you paid for?

Weed pricing is no longer whatever your dealer decides to charge. It’s getting more regulated with each state that legalizes.

Shameless plug: Check our ‘how much is a pound of weed’ report to learn more.

Despite these developments, it can still be hard to tell whether you’re getting cheated out of some extra money. The anxiety doubles if you’re not even sure how an ounce of weed even looks.

Even if you do, a quarter of weed of sativa origins could look more like a half of indica. Weighing your cannabis with a scale is the only reliable way to measure what you’re receiving.

If you’re buying from a bulk bin, the budtender should weigh in clear view. They should also tell you how many grams there are in a quarter, half, and an ounce.

It’s trickier in states where the law requires flowers to come in prepackaged forms. In that case, it’s on you to open, weigh, and check the number against the one stated on the package.

There are many dedicated cannabis scales on the market. You could get a larger one to use at home or a small digital set to carry in your pocket for meetings with the supplier.

Pro tip: If you don’t feel up to larger paraphernalia purchases, a kitchen scale that measures grams is a solid, budget-friendly alternative. Be sure to check the heft of the bowl before you add the buds to the mix.

Weed weights can throw even the sharpest ones among us off balance. The combination of metric and imperial units, the slang, and the lack of a clear standard for reference is annoying.

The industry is growing more regulated by the day, which gives us hope that it’ll become more straightforward with time.

You don’t have to sit there and feel overwhelmed by weed measurements until it does, either. Remember the basic cannabis conversion and build from that foundation.

One ounce of weed is 28 grams. From there, it’s pretty easy to gauge smaller amounts, and the slang will come naturally as you get used to the whole affair.

Don’t stress if you make a mistake at the dispensary, either. If anybody understands, it’s your fellow stoners. Take your time and ask questions. Marijuana purchases will become a breeze sooner than you think.

« What Does Cross Faded Mean?
Cannabis And Meditation: Complete Guide To Meditating High »