How To Grow Marijuana Legally and Safely 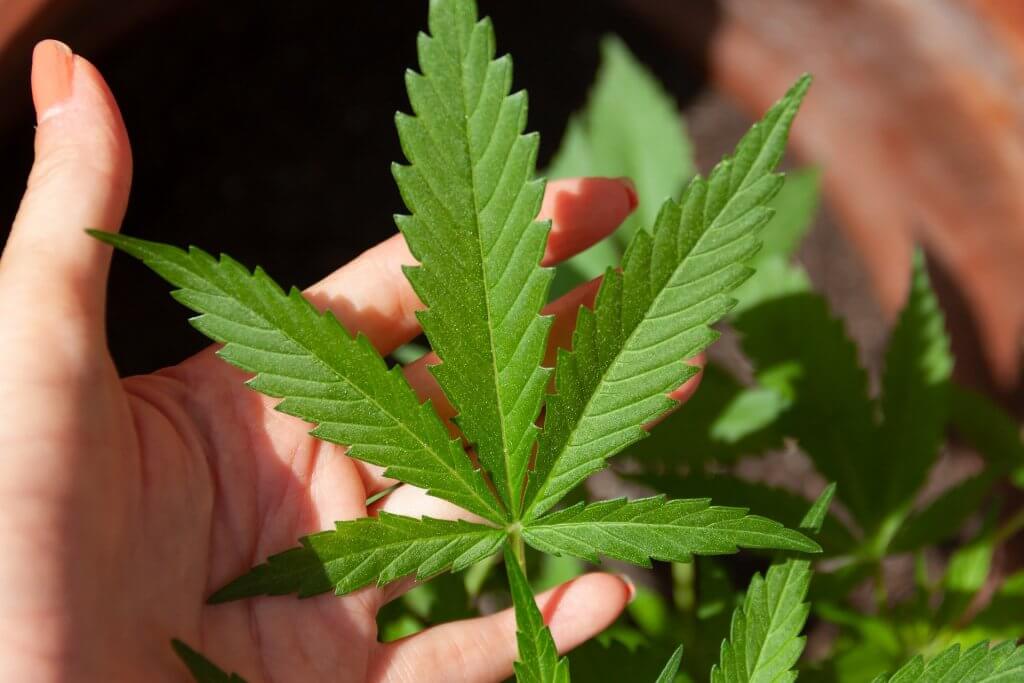 Growing marijuana legally has never been easier and many states such as California, Washington and Colorado are now allowing people to start growing cannabis.

The laws on growing marijuana differ depending on the state. Hence, it is best to stay updated on the local statutes and thus avoid going against new regulations. Even so, you should know that those beloved plants remain prohibited at the federal level. If there is one surefire way to avoid any legal issues, then that is to have nothing to do with the plant. So, how do other people grow their stash safely?

How Do You Keep the Plants and Yourself Safe

Once you have decided to join the countless number of people growing marijuana in their homes, safety should be paramount. These are the things you need to know to ensure a fuss-free operation.

I. Avoid These People

In states where cannabis cultivation is legal, you cannot possibly count the number of people who have grown their medicine for years without a single problem. Having stated that, it is also people who might get you in trouble.

Marijuana produces a distinct odor that is easily recognizable. Even if you were to grow the plants indoors, the scents are expelled outdoors. Those scents, for sure, would reach some neighbors. Some strains exude an extremely pungent odor that could reach the entire block.

Even if growing marijuana is legal, not everyone is agreeable to its smell.

Police officers are the last people you want to see knocking on your door if you are growing marijuana illegally. If cultivation is allowed, on the other hand, think twice. For one, the federal government still considers it a Schedule 1 drug under the Controlled Substances Act.

Fortunately, the feds do not go after home growers. What is more plausible – getting into trouble with the law – is not conforming to the requirements. It is also possible that you may be unaware of new regulations, so be sure to keep updated.

One of the reasons for growing marijuana at home is that it is cost-effective. Dried buds sold in dispensaries – especially of premium quality – are quite expensive. So you want to make sure that the plants are secure, leaving no chances for someone else to come and steal them. It is not much of a concern when you grow plants indoors. The outdoor or backyard garden, on the other hand, is another matter.

There is no better way to grow marijuana than outdoors. Out in the woods, if you happen to live nearby, is suitable. One thing to be wary of, besides animals that may prey on the plants, are nature lovers. These people – hunters, hikers, cyclists, and campers – may stumble upon them. Some may view your plants as “undesirable” and take matters in their own hands – destroying them.

Whenever you pick an outdoor spot accessible to the public, you may not be able to secure the plants. So, you will have to weigh the risks.

II. Stay Under the Radar

The best way to attract unwanted attention to your activities is to either let other people know or blatantly talk about cultivating marijuana. If you think that growing them outside the house might be a problem, you really do not have much choice – except to do it indoors.

One rule to adhere to – “no sell, no smell, no tell” – keeps your activities private. At the same time, you may also want to check out Nextdoor. It is an app that helps you connect with neighbors. The intention is to let everyone in the community help keep each other safe. But you also might see if anyone else has made mention of your marijuana plants.

If there is one thing you could do to ensure that there is a reason for the police to drop in, that is to sell marijuana. You may be allowed to cultivate those plants, but they are for personal consumption only. In most states, if not all, the limit is up to six plants at a time with no more than three in the flowering stage. Grow more than what you are allowed, and that is already “an intent to sell,” and that gets you in trouble.

The smell of marijuana can be overbearing, not only for the rest of the household but also for the neighbors. Growing them indoors is the best way to control the odor. For most people, installing a high-quality carbon filter on the vent can eliminate odor particulates. Alternatively, you may opt for an inline ozone generator to remove the smell.

In the outdoors, you may still be able to control the odor. For starters, pick a strain that does not exude a pungent smell. Companion planting may also help mask the smell. Popular choices include basil, cilantro, or mint.

If you do live in an area where guerilla growing (wilderness growing) is possible, you might be able to take advantage of wind direction. What you want to do is pick a spot where the wind blows away from populated areas or anywhere accessible to the public.

The point of not talking about your marijuana cultivation activity is to not attract unwanted attention. Assuming that you are fully compliant with the law, there is no reason for the local police to come after you. Still, other unsavory characters may cause trouble. They could be nosy neighbors who hate the idea of cannabis legalization, thieves, and others.

Tell one or a few other people about what you are doing, and word may spread. It may reach the ears of misinformed people who then view you as a stereotypical stoner. Gossip could make it even worse. For example, you grow medicine – that is your purpose. Meanwhile, word spreads around, making you seem like a big-time grower and dealer.

Preventing unauthorized access to your plants is required by the law – indoors or outdoors. Now, that is easier to do inside the house. All you have to do is to keep them locked up in a closet or a room. The idea is not to let anyone under the age of 21 have access.

Outdoors, securing the plants could be a challenge. It is, of course, not impossible. Although it cannot be as secure as indoors, you could significantly reduce the risks. At any rate, these precautions, should you decide to use them, protect your home better from intruders – even if you are not growing marijuana.

At the very least, you should have fencing around the perimeter of your property. It may not ward off people from trespassing, but they could undoubtedly keep wandering animals such as deer from intruding. One more thing, too. The marijuana plants you grow in the garden should not be visible from public view – the law requires that.

Even if you were to grow six plants, they do not require much space. As an added measure, you could – and should – keep them in an enclosure made of cyclone wire, and locked.

Fencing alone is not enough of a security measure. Surveillance cameras abound, and they are cheaper and better than they were years ago. Before you go out and buy them, you have two options to think about. Large, bulky cameras can be seen, and they prevent intruders from even attempting to enter your property. Stealth cameras, on the other hand, cannot be seen and are excellent for recording trespassers. Regardless of which type of camera, choose the ones that can capture images in the dark.

If you are thinking of booby traps, anything that can cause harm to people, stop. For one thing, they set alarm bells if seen by the police. You may not be doing anything illegal, but that is how you are viewed. On the contrary, if you were growing illegally and caught with harmful or lethal mantraps, you could be charged with a felony.

What you could do is to lay a tripwire rigged to a buzzer. If not for anything, it could help scare away anyone who should not be in your property.

Mitigating risks should be on top of your priorities when thinking of growing marijuana. Accidents can occur. The best way to prevent that from happening is to be aware of the risks so that you could take the necessary precautions.

Water is the most common cause of an accident in a grow room. Outdoors, this is not much of a concern but it definitely is indoors. Spilling water and leaving the floor wet, for example, may not only damage the floor itself. It could also lead to higher moisture levels, allowing molds to grow. Mold spores, incidentally, can cause you some problems such as trouble breathing, respiratory infections, wheezing, coughing, or worsening asthma. Mold can also severely harm your plants, leading to problems such as bud rot and more.

The best thing you could do is to handle the water carefully, pots and buckets, and to make sure to waterproof the floor.

Everything you use to grow marijuana – insecticides, fungicides, cleaning, and disinfecting solutions – may contain skin and respiratory irritants. When mixing nutrients, you may also come across corrosive chemicals. Apart from being a respiratory hazard, they can also irritate or burn the eyes. When inhaled, they could irritate the inner lining of the nose, throat, and lungs.

How do you know these things, then?

First of all, be sure to read the manufacturer’s label and material safety data sheet. That way, you will be alerted to the potential risks. You should also consider using protective gear such as a goggle, mask, and gloves – whichever are recommended by the manufacturer.

Outdoors, you are not going to use electricity. That is not the case indoors where you will be using several pieces of electrical equipment – lights and fans, for example.

Two things come in mind before plugging in everything. First is the electrical load. HID lamps – MH and HPS – do consume a lot of electricity, especially if you choose to use a high wattage. Aside from calculating the load, you should also make sure that all the wires and sockets are not substandard.

Safety Is Paramount in Marijuana Cultivation

Once you have decided to begin growing your medicine at home, safety should already be foremost in your thoughts as you come up with a plan. You could think of this as covering your bases. On the one hand, you want to make sure that you do not run into trouble with the authorities. Once you have that out of the way, it is to protect the plants from harm by keeping intruders away. At the same time, too, you also want to make sure that no accidents would occur in the near or distant future.

Growing marijuana seeds should be fun. By removing uncertainties with the law and other matters that may compromise the safety, nothing is preventing you from reaping those massive yields.

« The Top Reasons Why You Should Choose To Grow Fast Version Seeds
A Homegrown Success Story! »