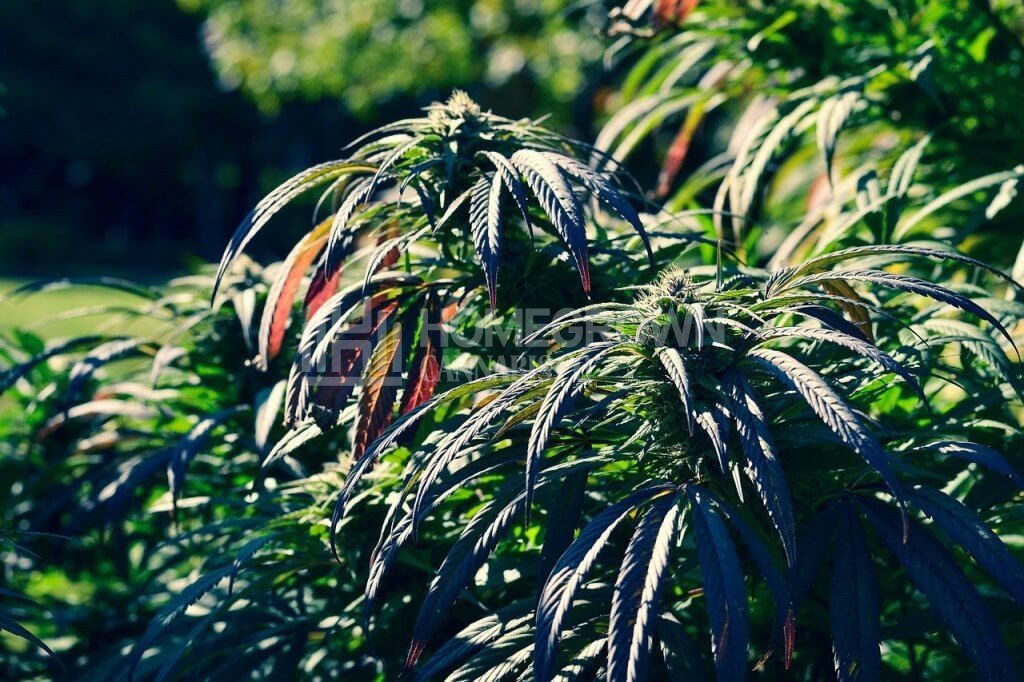 Complying with state and local regulations is one reason you keep marijuana plants grown outdoors secure. But other things can compromise security too. If you want to keep your beloved ladies safe, then read on.

What Are the Local Regulations Concerning Growing Marijuana Outdoors?

As always, if you’re growing marijuana outdoors – or even indoors – should be compliant with state laws and local regulations. Read on, if you want to figure out the first step, how to grow marijuana legally and safely.

Briefly, here is a list of states where growing medical marijuana at home is legal – one way or the other.

One thing to keep in mind is that the law in one county or state is likely not the same as in other places. For example, you can grow up to 16 plants in New Mexico, but the amount allowed is much lower in other states.

Read the “fine details” too. In most states, they also restrict the number of seedlings, vegging, and flowering plants growing concurrently.

On growing outdoors, you do have to check the specifics of the local laws and regulations. Are you allowed to cultivate marijuana in your garden? Are there things you should do or must not do? One thing you can be sure of is that they should not be visible from the street or any public space.

The burden of knowing precisely what you can and cannot do is on you. Do your research to be sure that you are fully compliant with the law when growing marijuana.

Who or What Poses a Threat to Your Marijuana Plants?

If you are growing marijuana in a place where fencing is required, that is already one way of securing the plants. But there are other reasons why you should do that, and then more. Thieves and other people are one, predators are the other.

From the moments the seeds sprout, up until the time you harvest the buds, they are at the mercy of pests, pathogens, nutrient burn or deficiency, and a ton of other things that can happen. But those are things you already handle by carefully nurturing them, making sure the environmental conditions are optimal. You do have to realize that it is people who pose threats to the plants.

Nosy neighbors are annoying, but you can ignore them. Most of the time, at least, but not when you are growing marijuana. You see, even if you are allowed to, that is not a right but a privilege. If your girls so much as spread a scent around the neighborhood, there may be complaints. Unfortunately, that may be enough to shut you down. Assume that if you grow the plants inside a greenhouse and manage to contain their odor, there may be problems if they can be seen.

Let’s put it this way. If you are breaking the law, or somehow overlooked one or more restrictions, you do not want to see the police at your doorstep.

Growing marijuana in the forest is fantastic – some parts of the world where you think you are in a bubble and away from civilization. Now, when you have the plants growing off the trail, the chances of anyone – campers, hunters, hikers, or cyclists – seeing them are slim. But then again, the tell-tale odor of marijuana may lure people.

Do you know what happens when nature lovers stumble upon your plants? They may either ignore or remove them or inform the authorities.

Of all the kinds of people that bring trouble to you – thieves are the most common. Once your plants are nearing the harvest period, they can come under cover of darkness to steal the buds. There are plenty of reasons people would do that – personal use, for selling, for fun – and all that does not matter. At the end of the day, when someone comes to take what is yours, all your efforts are wasted.

There are plenty of predators – hundreds or even thousands – but we are omitting microbes for the purpose of this article. Instead, you are going to read about some animals that your outdoor marijuana plants may encounter.

These are some of the least destructive animals but nonetheless annoying. Birds love seeds, and if you happen to leave sprouting seeds unprotected, you may find them gone one morning. Sometimes, you might see signs of thrashing because they bury seeds to hide them if they were not eaten.

These cute animals that you’ve come to love as a child are a threat to your plants. Although they indeed prefer plants that do not emit pungent odors, they may feed on marijuana if there are no other choices. A deer dropping by occasionally is not likely to cause much damage. But when there are two or more frequenting your garden, that is a problem. If this becomes an issue, it’s best you figure out a way to stop deer eating your cannabis plants.

These creatures are small, about 5 to 7 inches long. They do not have any interest at all with your plants. But with their pointy nose and powerful claws, they burrow into the ground – and that is when damage could occur if they disturb the root system. Not to mention, that also disrupts the thriving soil ecosystem.

Like moles, these creatures are tiny and digs tunnels. But the damage they cause is much worse. Instead of looking for food, they feast on the root system.

Adorable, fun, and super cute – rabbits are also a threat that threatens to spoil your harvests. Aboveground, they trample on plants and eat their leaves. They also love to dig and feed on roots.

These rodents feed on just about anything in the trash but could also eat parts of your marijuana plants. Even when they are not hungry, they do not stop gnawing at things. It is not like they have a choice. Quite simply, their teeth grow too fast, and they have to chew to control its size.

During spring and fall, raccoons are most active, feeding on earthworms and plenty of other insects. Using their front paws, they also love to trash the ground, disturbing the delicate soil ecosystem. Consequently, the plants suffer.

Much like raccoons, skunks also feed on insects, especially earthworms. Not only are they a danger, but they even leave a horrible odor if surprised by another predator.

You might see one or two types of these animals in your garden. Tree squirrels dig the soil so they can hide food. Of course, when they do that, they are disturbing the roots and the rhizosphere. On the other hand, ground squirrels do the same thing – not to hide food but to eat the roots.

How Do You Keep Your Marijuana Plants Secure Outdoors?

The short answer is to install one or more of these measures – fence, alert system, and surveillance system. Your goals in securing marijuana plants are to hide them from plain view, keep people and animals out, and for you to know if there is an intruder.

You should have perimeter fencing around your property. Check the local regulations if there are specific requirements. In some states, you may be required to put up 6′ feet wall while others may require higher.

A perimeter wall hides the plants from the public. On that end, you are already complying with one of the many restrictions on marijuana cultivation. As much as you would like to use wires or mesh, people can see inside. You are better off using concrete.

Yes, building a perimeter wall is costly, and may even reduce air circulation within your property. On the other hand, it stops virtually all predators from coming close to your marijuana plants.

There are numerous choices here. A typical alert system used in home settings is motion detectors. Some can be tapped to a floodlight and siren, which activates upon detecting movement. One disadvantage is that when the lamp turns on in the evening, it may disturb the plants if they are already in the flowering period.

At any rate, when you have motion sensors around the property and the garden, small animals and thieves are not going to come close to the plants without triggering the alarm.

You can install CCTV cameras around your property. That way, you can see what is happening outside the house. Those surveillance cameras that have alert systems work best. After all, it’s not like you are sitting down in front of the screen all day and night.

By the way, you can also put up signs outside your perimeter wall – something like, “This property is protected by CCTV 24/7.” It is a visual warning to would-be trespassers and thieves. These people are not likely to climb over the wall if they know they could be caught on cam.

While on the business of keeping the plants secure, you might also consider having nets around. If you notice signs of birds visiting your garden, build some frames around the plants and place the netting over them to keep them safe from birds.

On odors, that is a problem if you think there are people nearby who might complain. Your only choice would be to use a greenhouse, in which you can install an odor-control filter. You should also pick strains that do not emit a pungent scent.

If you have a spacious garden, consider companion planting. By choosing the right plants, you can have them benefiting marijuana plants in different ways – from enhancing the soil to keeping pests away.

Outdoor Marijuana Security Is Worth It

Stop thinking of the regulations as a hassle, forcing you to build fencing. That is also how you protect the plants from thieves and predators. As you can see, once you have them, the number of animals that can come to cause harm diminishes – significantly.

Once you have those walls put up, think about placing motion sensors in strategic areas. Ideally, you also should have surveillance cameras that you can view from the phone any day, any time. Once triggered, floodlights (should not light up the plants) turning on in the evening and a siren going off should be more than enough to keep the plants safe.