When And How Should You Harvest Marijuana Buds? 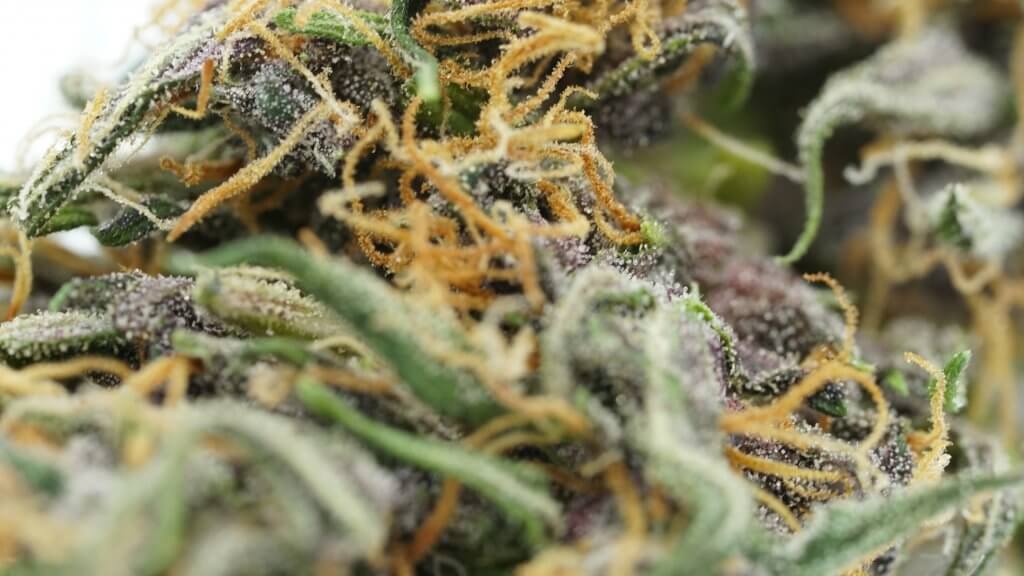 Nothing is more satisfying than seeing your hard-earned rewards – fat, chunky buds on your full-grown marijuana plants. It might be tempting to cut down those beauts as soon as they seem mature – but don’t. If you want top-shelf buds, you have to harvest at the right time, using proper techniques. Otherwise, your effort would just go down the drain.

When to Harvest Marijuana Buds

The harvest period of cannabis plants’ is not set in stone. It is certainly not as simple as collecting the buds after a certain number of days or weeks has passed. You’ll need to consider several factors, such as the strain, season, and environmental conditions.

Indicas strains, for instance, can be harvested within 7 to 9 weeks after flowering. Sativa seeds, on the other hand, can take up 10 to 12 weeks, some even take up to 16 weeks. As for autoflowering seeds, you can harvest most of them in as early as 10 weeks from the time the seeds germinate. But, these are just estimates – it still comes down to the particular strain.

Outdoors, seasonal changes play a huge role. In general, you want to harvest before the cold weather arrives. That means getting down to business during the fall equinox or towards the end of September. Any later than that could invite the formation of molds.

At any rate, one thing’s for sure – timing is critical. If you harvest too early, the plants won’t have realized their full potential yet, translating to weaker effects. If done too late, on the other hand, you risk degrading the cannabinoids and terpenes. Not only does it mean a less potent high, but watered-down aromas and flavors as well.

Here are some exceptions to the rule:

At times, a premature harvest is inevitable. You may have to do this to salvage the buds from molds, diseases, and pest attacks. Fewer, lower quality flowers, in this case, are better than none at all. This situation is likely to arise in places with severe environmental conditions.

In some cases, you may want to delay the harvest. That allows THC to break down into CBN (cannabinol) – a non-psychoactive cannabinoid with promising therapeutic benefits. Plus, it has sleep-inducing properties. So, when used alongside THC, you would get a more subdued high with a deeply narcotic feel. Put simply; you are more likely to get couch-locked. Such effects are perfectly suitable for most medical marijuana patients, not users who wish to stay functional and productive.

How Do You Know If the Plants Are Ready for Harvest?

Pinpointing the harvest period can be tricky. You have to figure out the exact timing or risk compromising the quality and quantity of the yields. So, how do you even do that when there is no fixed timeframe to follow? Easy – it is just a matter of watching out for specific visual cues. By observing the changes in the colors of pistils and trichomes, for example, you can determine when the potency is at its peak and start harvesting.

Method 1: Keep an Eye on the Leaves

This technique is the least commonly used, but it is undoubtedly the simplest. All you need to do is to monitor the fan leaves. A few weeks before the collection period, the large, multi-fingered leaves usually start yellowing and wilting.

Usually, such symptoms are associated with nutrient deficiencies, light burn, heat stress, underwatering, and some other issues. But, it is an entirely different story as the harvest period looms closer. Primarily, it indicates that the plant is redirecting energy resources to the buds, resulting in a lack of nourishment in the foliage.

As mentioned, this method tends to be unreliable. That is because some plants simply do not display leaf changes before harvest time.

The pistil (also known as “stigma”) is the reproductive organ of female cannabis plants. It refers to the tiny, hair-like strands protruding from the calyx – the largest, most resinous part of the cola.

The appearance of the pistil marks the beginning of the flowering stage. First, it comes in white. Eventually, the colors change as the plants mature, shifting to yellow, orange, and finally, a deep brown or bronze shade from white. It is the last color that you want.

Unfortunately, this method is not always reliable. In some cases, the pistils change color in advance due to environmental conditions, such as a sudden rise in humidity or moisture levels. Likewise, the structures may also remain white even if it’s already time to harvest.

Trichomes (also referred to as “resin glands”) are the tiny, crystal-like projections coating the leaves and flowers. They have several functions, but the most notable is to produce and secrete resin. This sticky substance contains the highest amounts of cannabinoids, terpenes, and other valuable compounds.

Monitoring the resin glands is the most accurate way of nailing down the harvest time. At first, they appear clear and glassy, indicating that resin production is still ongoing. Give them a bit more time to develop.

Once most of the trichomes have turned cloudy, get ready to chop down that weed. A milky white color – or a plastic-like appearance – means that the plants have attained maximum THC levels and other cannabinoids, translating to potent effects. In another week or two, the glands will turn amber or golden – a sign that THC is starting to degrade into CBN. Unless you want to smoke a batch of sleep aids, do not wait this long before harvesting.

Just a note. Since the trichomes are microscopic and nearly invisible to the naked eye, you would have to use a magnifying tool for proper viewing. A handheld magnifier or jeweler’s loupe will do. If your smartphone has an excellent camera, then, by all means, use it. Just make sure that the chosen device offers at least 40x magnification.

How to Harvest Marijuana Buds

Are you a hundred percent sure that the plants are all set for harvest? Does the duration of the flowering stage coincide with the flowering time frame of your chosen strain? Have you inspected the trichomes? Do most of them look cloudy and plastic-like, not transparent and glassy? If you’ve answered yes to all these questions, you are probably ready.

Before anything else, you have to flush the plants first. That means providing them only plain water – not liquid nutrients – during the feeding session. Doing so forces the plants to use up the excess nutes, and also clears out any unwanted substances. As a result, you can expect improvements in the flavor, aroma, smoothness, and overall quality of your marijuana buds.

But, make sure to flush at the right time – it is important to know why, when, and how to flush marijuana plants. If done too soon, the plants may starve, making them more susceptible to pest attacks and diseases. If you delay it, on the other hand, you might not be able to fully get rid of the leftover minerals, salts, and other substances.

In general, flushing is done when the above plant changes begin showing up – usually a couple of weeks before the harvest period. For example, when the trichomes start changing from clear to milky white, it is an excellent time to start flushing. Simply keep at it until you’re ready to pluck the colas. By the time you are done, most of the resin glands have already attained the desired color.

The growing medium plays a role, too. Generally, marijuana plants grown in highly amended soil (such as super soil) don’t need to be flushed.

If cultivating in regular soil or coco coir, flush a week or so before harvest. For hydroponic systems, flushing only a few days prior will do.

Cutting Down Your Marijuana Plants

Once the plants are ready, it is time to dive into the heart of the harvesting process – clipping off the large, resinous flowers. This step is not as simple as chopping down the colas – you have to trim them, too. It means carefully removing the leaves and other unnecessary components – anything you won’t consume. By the end, you would be left only with long stalks holding the beautiful, trichome-blanketed buds.

Well-manicured marijuana buds are not only aesthetically pleasing. They are also more potent, more aromatic, and better-tasting than their ungroomed counterparts. That is because you have sheared off the non-essential parts. If left intact, they would only diminish the effects of what should have been potent ganja. Not to mention, they are harsher and less palatable to smoke as well.

Know that there are two ways of trimming the plants – wet and dry. The question of which one is better has always been the subject of heated debates. In the end, though, it all comes down to personal preference. It’s an excellent idea to consider how to trim cannabis buds for superb flavors – this can make the latter stages of your growing journey far more enjoyable.

We’ll briefly discuss each technique so you can decide which one is more suitable for you.

Wet trimming entails removing the leaves right after harvesting the plant. This method is easier, faster, and more convenient, making it ideal for novice growers. Shaving off the leaves early on also improves airflow, helping prevent the formation of molds and mildew. On top of that, it also results in cleaner-looking and more visually appealing flowers. The downside is that they tend to have weaker flavors and aromas than dry trimmed ones.

Dry trimming, on the other hand, involves drying the colas first before snipping off the leaves. With the leaves intact, you could preserve the potency, smell, flavor, and overall quality of the buds. That is because the foliage helps slow down oxidation – one of the top reasons why cannabinoids degrade.

On the flip side, the presence of leaves may invite molds and other fungi. For this reason, this method is better suited in low humidity areas. And, keep in mind that the leaves are much harder to remove once they have dried out.

After Harvesting the Buds, What Comes Next?

Harvesting officially marks the end of the growing season. After months and months of hard work, you have finally gathered the sweet fruits of your labor. Most likely, you would want to blaze up that weed then and there – but be patient. That is just half the battle. There are still a couple of post-cultivation procedures you have to deal with – drying and curing.

It does not matter which trimming method you prefer. Either way, you would have to learn the proper way of drying the branches. That allows you to bring out the rich flavors and scents of your chosen cultivar – while eradicating traces of that off-putting, grassy odor.

And once properly dried, the flowers need to be cured for a few weeks to a couple of months. This process takes the potency, flavor, aroma, and smoothness of the buds to even greater heights. And, it also maintains the overall integrity of your ganja. Check out our article on how to dry marijuana buds perfectly for an extra bit of insight which should help growers new or old achieve the best results.

With these two steps, the rewards become far sweeter and more fulfilling. Once you finally light up that joint or whip up an edible, you would know that every second and every ounce of effort was more than worth it.

« Why Are Your Plants Not Flowering After 2 Months?
A Passion for Growing »