Is It Safe To Mix Adderall And Weed? 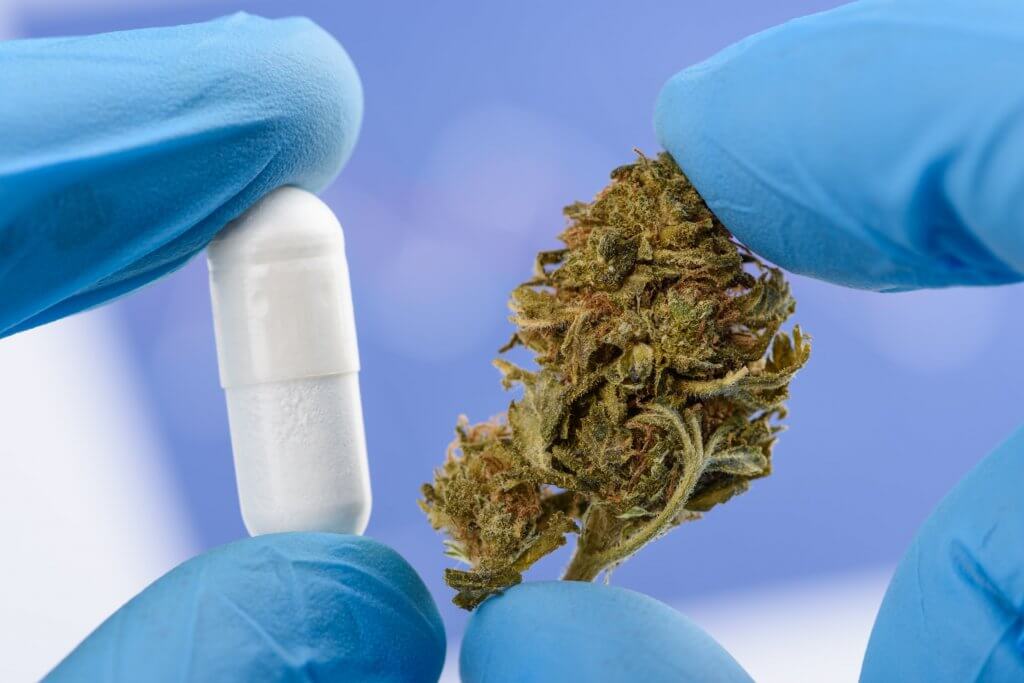 Adderall and weed offer plenty of benefits when used separately, but what happens when you mix these substances? Some people believe that merging them counteracts the negative side effects of either drug, while others think they enhance the feel-good ones.

Join us to explore the effects of mixing Adderall and weed. We’ll examine the relationship between these two substances, discuss the possible dangers, and answer some common questions.

The effects of cannabis and Adderall

Before we investigate how these drugs interact with one another, let’s check out the defining characteristics of Adderall and pot:

What are the effects of Adderall?

Adderall is a synthetic prescription-only medication commonly used to treat ADHD (attention-deficit hyperactivity disorder). It contains amphetamine and dextroamphetamine and is classified as a stimulant. The Food and Drug Administration approved it in 1996.

Consuming Adderall increases the levels of norepinephrine and dopamine in your brain and stimulates the central nervous system. It assists with concentration, focus, behavior, productivity, listening skills, and organization. Weed and Adderall share some similar traits.

Here are some of the possible side effects of using Adderall:

What are the effects of cannabis?

Cannabis is a wild–growing plant that produces buds with cannabinoids like THC and CBD. The former delivers psychoactive effects like euphoria and energy, while the latter offers holistic effects that assist with medical conditions.

Like Adderall, marijuana is classified as a stimulant, but it also falls into the category of hallucinogens and depressants. The FDA hasn’t approved any cannabis-derived products, except for Epidiolex (to treat seizures) and a handful of synthetic drugs.

Weed is mostly considered a recreational substance, but it also has therapeutic merits. Many states allow medical marijuana, and dozens of them permit adult use.

Each person experiences different effects with varying intensity when consuming weed. Every strain also has different qualities. Some offer calming sensations like depressants, while others deliver an explosion of energy that’s typical of stimulants.

Here are some of the possible side effects of using marijuana:

Can you mix weed and Adderall? Let’s find out.

What happens when you mix weed and Adderall?

No official studies have been conducted on the relationship between these drugs. As a result, most of the evidence is anecdotal and comes from users who have personally combined them.

There are two main reasons why people want to mix Adderall with THC:

Some people say that mixing these drugs creates a balancing effect, as the stimulant levels out the depressant. In other words, weed mellows out the buzz of Adderall and vice versa.

In most cases, mixing these substances results in unpredictable effects that depend on each person. Age, weight, diet, and physical and mental disorders all play a role.

Can you smoke weed on Adderall?

It’s not illegal to smoke weed and take Adderall, but it’s probably not the most health-conscious choice.

These substances are made for different reasons, so it’s best to stick to their intended uses and avoid mixing them where possible. It’s also difficult to determine if you’ll have a negative or positive experience.

Although melatonin and weed go hand in hand, mixing the latter with Adderall isn’t the wisest choice. If you’re a fan of cannabis and have been prescribed Adderall, speak to your physician to see whether you can combine them.

Does weed interact with any medications? Although there’s no scientific research, individual reports state that combining Adderall and weed may come with varying risks.

Here are some of the potential dangers of mixing these two substances:

Smoking cannabis greatly increases your chances of overdosing on Adderall—even accidentally. Since the two substances can balance each other out, it can be difficult to tell if you’re experiencing any harmful side effects.

You can’t overdose on weed, but an Adderall overdose is possible. A lethal amount of Adderall is about 25 times more than the highest prescribed dosage, but fatalities have been reported at lower levels. It’s important to follow your physician’s dosage recommendations at all times.

Both of these substances come with their own potential side effects. Smoking weed on Adderall may result in even more severe reactions, including:

People who take more Adderall than prescribed could develop arrhythmia or heart rate issues. Both marijuana and Adderall have the potential to raise your heart rate, and combining them amplifies this risk.

Tachycardia, or a racing heart, is extremely dangerous and may result in long-term cardiovascular problems. The interaction between these substances occasionally causes shallow breathing, which also speeds up your heart rate.

Continuously mixing weed and Adderall significantly increases the risk of developing a substance abuse disorder. Many people become hooked on the enhanced effects and quick transitions between the highs and lows.

The more you consume any substance, the faster your body develops a tolerance. This adjustment often requires a dosage increase to feel the same sensations as before, which may lead to addiction.

It’s possible to become addicted to weed over long periods. Adderall can become addictive if you use it for too long or up your dose without speaking to your physician. Mixing it with other medications also increases the chances of Adderall abuse.

Looking for more information about the relationship between CBD, THC, and Adderall? Here are some of the most frequently asked questions about the former cannabinoid:

Does CBD interact with Adderall?

Few studies exist on the interaction between cannabidiol and amphetamines. It’s believed that CBD may potentially reduce the effects of Adderall and slow down its metabolism in the body. Luckily, this interaction is relatively mild and is unlikely to result in serious side effects.

Can I take CBD gummies with Adderall?

CBD offers plenty of holistic benefits on its own, but combining it with Adderall may reduce the effects of both substances. As a result, you may not get the intended results of either one. Speak to your physician before using Adderall and weed together.

The lowdown on mixing weed and Adderall

Adderall and weed each have their merits, but it’s probably not a good idea to combine them, as the results are so unpredictable.

Although these substances aren’t considered addictive or dangerous on their own, mixing them may come with various risks.

Keep natural and synthetic drugs separate to lower your chances of addiction, heart problems, unwanted side effects, and Adderall overdose.

Want to learn more about the world of cannabis? Check out our blog for more educational marijuana material.