Can You Donate Plasma If You Smoke Weed? 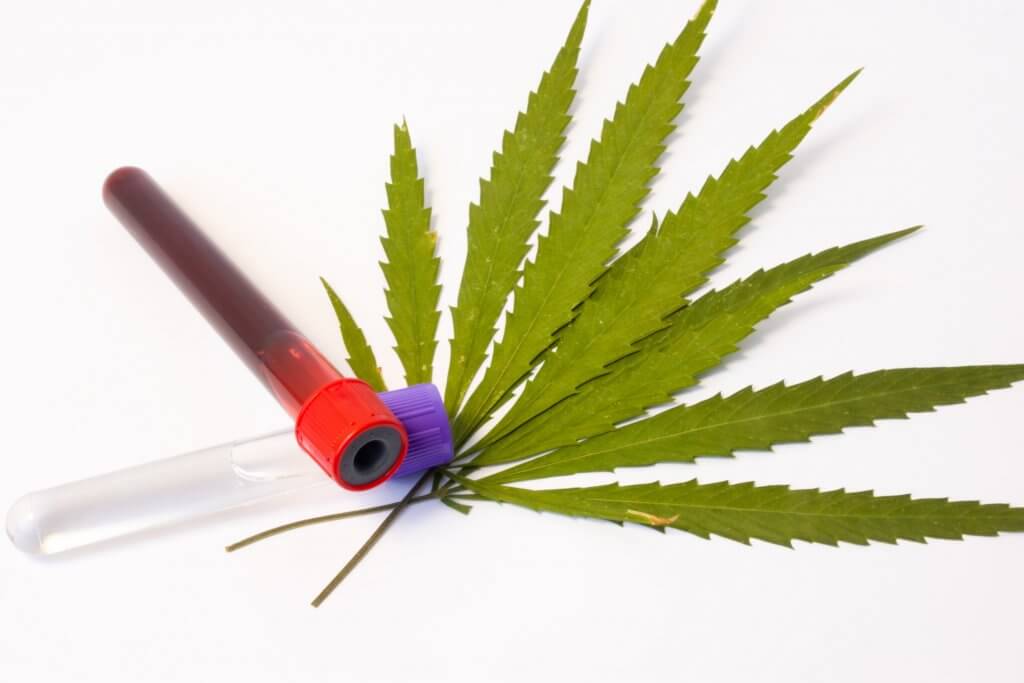 Are you a cannabis user who’d like to help your community by contributing blood? There are strict rules and regulations about giving this life-saving body fluid in the US. Many tokers wonder—can you donate plasma if you smoke weed?

Hospitals across the US are crying out for blood and plasma donations.

Even with so much desperate need for donations, there’s still some reluctance to give blood. Only 10% of the population regularly visits a donation center, so the supply doesn’t often meet demand.

Plenty of potential donors never use their opportunity to make a difference because they’re unaware of the laws surrounding plasma donation and marijuana use.

Keep reading because we’ll explain all the guidelines about giving blood while using cannabis.

Can you donate plasma if you smoke weed?

The short and simple answer to “can you donate blood if you smoke weed?” is yes.

No rules or regulations in the US state that marijuana users aren’t allowed to give plasma, which is good news.

Plasma is vital to keep our bodies functioning, and as many people as possible must have the option to donate it.

What is blood plasma?

One American needs blood every two seconds, with roughly 4.5 million citizens requiring a transfusion each year. National hospitals use about 6500 units of plasma a day.

Plasma makes up 55% of our blood. It’s a pale yellow liquid that carries cells, proteins, electrolytes, and immunoglobulins.

Along with transporting wastes around the body, it maintains blood pressure, fights off infections, and supplies the proteins needed for wound clotting.

Victims of severe trauma, shock, and burns must receive plasma to replenish their lost blood volumes. Cancer patients receive it as part of their treatment, and liver disease sufferers need it to help with healing.

Can you give blood if you’ve smoked weed recently?

If you’ve smoked weed, can you donate blood? Yes, because there aren’t any guidelines stating you should wait to give plasma after using marijuana. You can’t be disqualified as a donor, as blood banks don’t run any rapid tests for THC before drawing your contribution.

Make sure you’re well-rested and drink lots of water before your appointment.

However, if you show up while high or make it obvious you smoke marijuana, you won’t be allowed to give any plasma. The tell-tale skunky smell clouding you is an instant alert to technicians. They won’t take blood from anyone who’s visibly under the influence.

You should also avoid making any donations if your cannabis use impairs your memory or concentration levels.

What does THC do to your brain and body that makes people aware you’re intoxicated? Besides bloodshot eyes, high cannabinoid levels may cause a delayed reaction time and poor muscle coordination.

You won’t qualify as a donor if you’ve recently used a high THC variety like Amnesia Haze or Black Jack. The observable effects caused by these strong cannabinoids will get you shown the door.

Strains to use on donation day

If you wish to smoke on the day you plan to donate, choose a strain high in CBD. This cannabinoid won’t affect your functioning, and your behavior won’t be a red flag to the staff.

The potential medicinal uses of CBD may even benefit you on the day. As many users claim that cannabidiol helps ease pain and inflammation, it could ease any discomfort you experience after giving your blood.

Here are three CBD-high strains we recommend using before your appointment because you can donate blood if you’ve smoked weed:

Cannatonic is a sought-after strain for its incredible amounts of CBD. At levels of up to 17%, your perceptions remain unaffected while you feel a sense of calm.

As many users claim this cultivar eases anxiety, it may go a long way in helping you if you’re scared of needles.

An iconic cultivar since its appearance, CBD Super Silver Haze has cannabidiol levels of up to 14%. Its low THC levels cause a manageable high that’s perfect for using on donation day.

This strain is also reported to be excellent at easing pain and could help with any aches occurring in the area blood was drawn from.

CBD Cream and Cheese is a jewel in the medicinal cannabis world. The strain is ultra-calming and perfect for daily use due to its non-psychoactive properties. It keeps you mellow and should soothe any nerves about being poked.

These buds could also help to keep you calm and still during the duration of your blood donation.

How is donating plasma different from donating blood?

An automated process known as plasmapheresis removes blood from the arm, then separates and collects the plasma. The machine mixes the cells and proteins left behind with saline and returns this fluid to the donor.

If you’re wondering: “Can I donate plasma if I smoke weed?” The answer is yes. As just one donation provides enough plasma to treat three patients, you should consider it.

What are the rules for blood plasma donation?

Before being allowed to give plasma, you must pass an eligibility screening. Technicians only draw blood if you fulfill these requirements:

You’re allowed to donate plasma every 28 days, but only 13 times in one year.

Can you donate blood if you smoke medical weed?

You can give plasma if you use cannabis, but can you donate blood if you smoke medical weed?

It depends on the kind of marijuana your doctor has prescribed.

Synthetic cannabinoids, like Marinol, contain anticoagulants that could contaminate any blood drawn. They treat nausea and vomiting induced by chemotherapy.

When using this medication, the rules about giving plasma depend on the blood bank you visit. Each center makes its own decision on whether or not to accept blood from a donor using manufactured marijuana.

Can I donate plasma if I smoke weed every day?

Have you ever wondered: how long does weed stay in your system? After your most recent smoke, THC remains in your body for several weeks. There’ll always be cannabinoids in your body if you’re a daily user.

Don’t let this stress you and make you worry, “can I donate plasma if I’ve smoked weed every day?” You can still safely volunteer to donate blood.

THC quickly falls to low levels in your circulation. As long as you’re not visibly intoxicated, nobody at the donation center will even know you’re a marijuana user.

The trace amounts of cannabinoids in the body fluid you donate won’t affect the recipient or pose any health risks. Should they undergo drug testing, no cannabinoids will be detected.

Who isn’t allowed to donate blood?

A few factors can disqualify you from becoming a plasma donor. Luckily for us, cannabis use isn’t one of them!

You aren’t allowed to give blood if you:

Should you fall into any of these categories, you’ll have to find another way to help your community.

Can you smoke weed after donating plasma?

Donating plasma causes an electrolyte imbalance in your blood, resulting in some discomfort. It’s normal to suffer from bruising and feel light-headed, tired, or experience periods of dizziness.

There’s no rule dictating when it’s safe to use cannabis after giving blood. It’s best to wait for any sensations you’re experiencing to subside. Smoking marijuana may heighten these side effects and make you feel more intoxicated than usual.

The best way to recover and feel like yourself again is to rest and stay hydrated. Fluids are essential to replace the plasma you’ve donated.

Safely give back to your community

If you use marijuana, blood donation is possible. As long as you’re a healthy adult, giving blood is a simple and free way to volunteer and give back to your community. Don’t show up to the donation center while high, and they won’t even know you’re a regular smoker.

We hope we’ve answered all of your questions about plasma donation and marijuana. For more information about cannabis and wellness, check out the Homegrown Cannabis Co blogs.