Can You Smoke Weed While Pregnant? 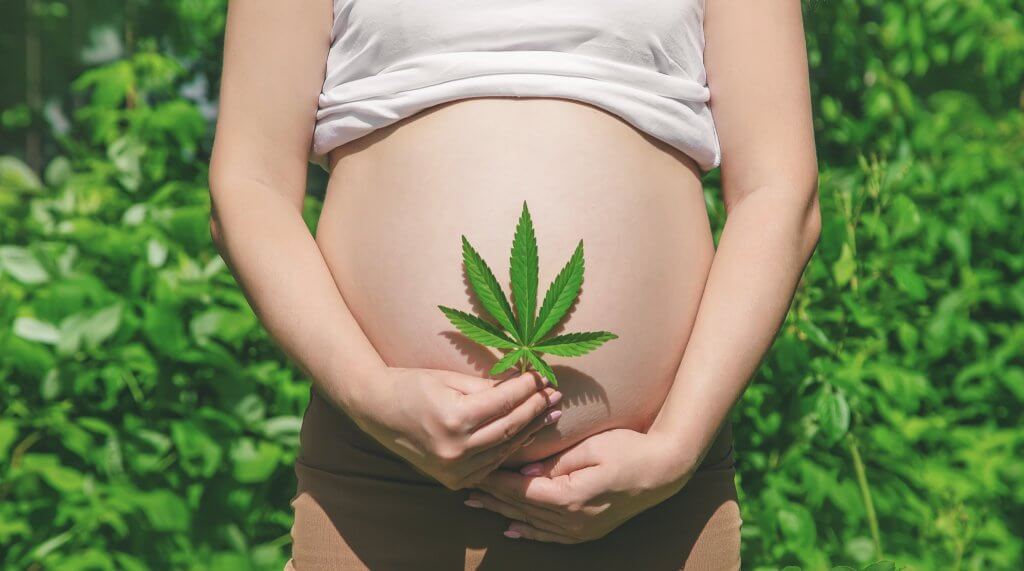 Are you excited about becoming a mother? Perhaps you’ve just heard the good news and look forward to welcoming your little one. As you make some lifestyle changes, are you wondering, can you smoke weed while pregnant?

Pregnancy is an important step in a woman’s life as she prepares for her newborn. It often requires you to avoid certain foods, medication, and drugs.

It‘s crucial to know the effects of THC in cannabis on the mother and her unborn child. If you’re a regular pot smoker, is it safe to smoke weed while pregnant?

Continue reading to understand more about marijuana and pregnancy.

Can you smoke weed while pregnant?

Most regions in the US have legalized medical marijuana, with over ten states allowing it for recreational use. This means more women are using marijuana to relax, cope with symptoms of a medical condition or relieve pregnancy discomforts like morning sickness.

Experts have studied the relationship between marijuana and pregnancy, with doctors warning against the use of the herb during pregnancy. Weed is widely available and, together with the misconceptions, makes its use prevalent among pregnant women.

Smoking marijuana during pregnancy could affect the expecting mother and the fetus. It may also pose a  risk to the baby’s health after birth.

As the baby develops its vital organs during pregnancy, it receives nutrients and oxygen from the mother’s placenta. Many women regard marijuana as safe as it’s derived from a plant and therefore continue smoking it even during pregnancy.

Apart from THC and CBD, marijuana contains 400 other active chemicals that the mother can transfer to her unborn child. Smoking weed during pregnancy exposes the baby to these substances that can pose several risks, which include the following:

Almost all the body systems develop during this gestation period ranging from the reproductive organs to the breathing system. The brain is one of the most important organs that coordinates a range of activities in the body and is responsible for cognitive performance.

The chemicals released when smoking marijuana while pregnant can affect brain development, leading to neurodevelopmental disorders such as autism. As the infant grows, they can become susceptible to mental problems.

Other consequences that the child may develop later in life are difficulty learning, focusing, and having multiple behavioral issues.

Health complications for the mom

Using weed while pregnant can lead to low oxygen levels, decreased blood pressure, and increased heart rate. These conditions can also lead to dizziness, falling, or fainting, threatening the baby, reliant on the mom for its sustenance.

Other common health concerns associated with THC and pregnancy include anemia, confusion, and forgetfulness.

An increased rate of preterm deliveries leaves many women wondering, is it safe to smoke weed while pregnant?

Consuming marijuana while pregnant may disrupt the complex fetal endogenous cannabinoid signaling system. It could then lead to the placenta detaching from the womb.

The separation could deprive the baby of nutrients and oxygen, causing the pregnancy to be interrupted. Preterm babies are more likely to suffer from chronic issues such as asthma and sudden infant death syndrome (SIDS). The result is that the baby has to be born prematurely to save their life. The common factor between marijuana use and pregnancy is that most newborns have low birth weight and smaller bodies.

The chemicals in weed could prevent the baby from receiving the necessary nutrition and developing fully.

The effects of weed during pregnancy go beyond birth. The baby may not be able to eat as well as bigger infants and not gain weight, which results in the inability to fight infection. Since they’re not as strong as babies of normal weight, they may need more neonatal care.

It’s every woman’s hope and dream to have a healthy pregnancy, so it’s not unusual to ask; is it bad to smoke weed while pregnant? There is the possibility of not successfully reaching the end of the gestation period due to increased marijuana consumption.

Stillbirth is a traumatic experience when a baby’s born dead after 20 weeks of pregnancy. A miscarriage is any spontaneous or unplanned expulsion of a fetus from the womb before it can survive independently.

Smoking marijuana during pregnancy may increase the risk of stillbirth to up to 2.3 times.

When to stop smoking weed while pregnant

Long-term use of marijuana may affect the menstrual cycle and possibly create fertility concerns among those wanting to fall pregnant. Once you cease smoking your favorite herb, you could become fertile again.

The time it takes to flush weed out of your system varies from one person to another. For heavy users, marijuana clears from your system within 30 days. One month after you stop smoking is a good time to start trying to conceive.

If you’re smoking weed while pregnant or consuming edibles, you may want to refrain from it until your baby is born. It could help ensure you have a healthy pregnancy and a successful delivery.

The earlier you stop smoking before your pregnancy, the safer it is for the baby. You should also avoid secondhand smoke from friends, which may harm the unborn baby.

Are edibles bad for pregnant ladies?

Suppose you can’t decide between smoking weed while pregnant or eating edibles; experts recommend neither. The edibles include cannabis-infused cookies, brownies, or candies.

When you inhale a joint, the chemicals enter the lungs and bloodstream, traveling to various parts of the body. After being processed in the stomach and liver, weed tends to have much stronger and longer-lasting effects. These results could have undesirable consequences and impact the pregnancy.

Additionally, there is no standard amount of how many cannabis-infused gummies or cookies you should eat during this period. It might, therefore, pose a risk of overdose, and it’s advisable to abstain from any weed products, especially edibles, while pregnant and nursing the baby.

Marijuana and pregnancy: are there safer alternatives?

While edibles are bad for pregnant ladies, you should also not use marijuana in vaping or applying concentrated cannabis oil. Either way, the THC and other chemicals will reach the placenta once in your body.

Experiment with various activities to help you unwind, such as yoga and watching movies. If you’re feeling nauseous, avoid fatty or spicy foods, eat small portions, and take vitamin B supplements. Your doctor can also advise on different ways to deal with pain, sleep disturbances, or anxiety caused by pregnancy.

For ladies relying on marijuana for medical use and still pondering, can pregnant women smoke weed to relieve symptoms of certain conditions? Try exploring other treatment options with the help of a health provider to ensure the well-being of you and your baby during pregnancy.

There aren’t many safer alternatives, as most drugs have some negative effects on a fetus Marijuana is associated with a range of reactions that may not benefit the fetus.

Take a sabbatical from smoking weed during pregnancy

Consuming marijuana is a good way to relax and enjoy your time. Unfortunately, weed and pregnancy don’t make good partners; it involves too many risks. The safest option is to take a sabbatical (take it as a long tolerance break), have your baby and breastfeed before you resume smoking.

While taking a break, it’s the best time to grow your own marijuana. Start by picking high-quality seeds from Homegrown Cannabis Co. Also, read through our blogs for cultivation tips and how to get the best possible harvest.