Cottonmouth From Weed: What Is It And How To Prevent It 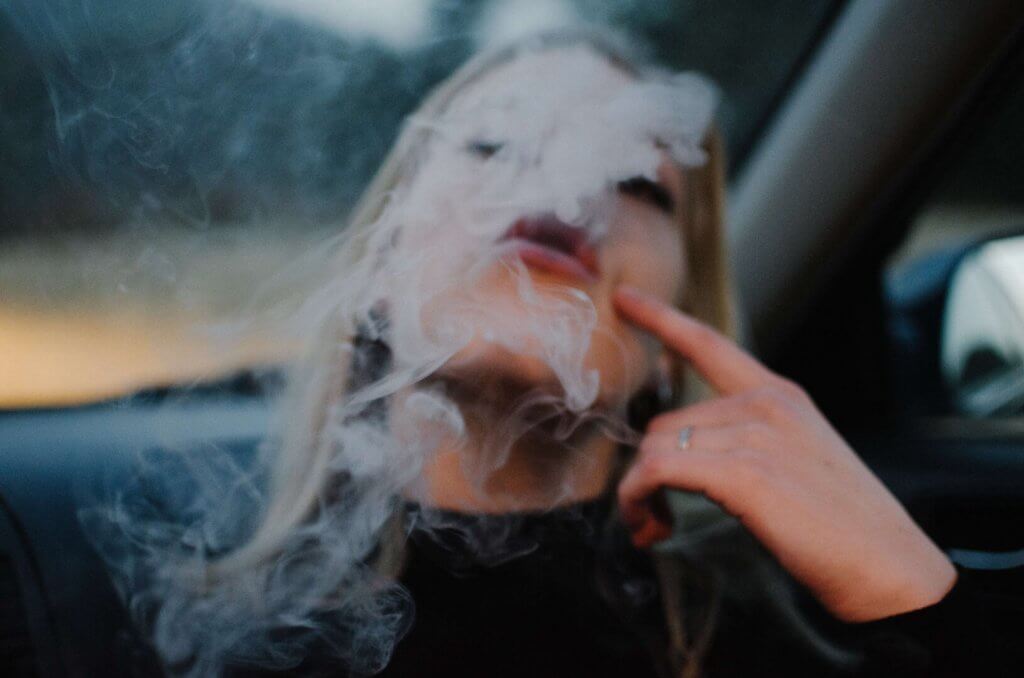 Cottonmouth from weed, aka dry mouth, is a common side effect every toker experiences at least once, if not most times to some degree when they light up.

Although annoying and uncomfortable, marijuana dry mouth isn’t life-threatening. Severe bouts left unchecked can lead to oral health issues, so you mustn’t ignore what your body’s telling you.

Cottonmouth isn’t something you have to put up with as part of enjoying cannabis. There’s an array of simple remedies to prevent and reduce weed dry mouth symptoms.

Many believe dehydration or exposure to smoke is to blame, but this isn’t always the case. Join us as we unravel the science behind this adverse effect of marijuana and learn what causes cottonmouth from weed.

We’ll also share tips and tricks to prevent and mitigate the discomfort left behind after indulging in your favorite pot.

What is cottonmouth from weed?

The medical term for cottonmouth is Xerostomia or hyposalivation, which means a lack of saliva flow. Many things can trigger this condition, including illness, medications, and consuming certain products like cannabis.

Saliva is more important than just keeping our mouths wet and indicating when we need to rehydrate. The liquid also contains electrolytes, enzymes, and antibacterial properties crucial for breaking down food. It plays a vital role in our oral health, keeping teeth strong and gums clean.

When marijuana dry mouth hits, these processes are compromised, leading to more severe issues with our health if left untreated.

The term cottonmouth refers to the feeling it causes in the mouth and throat. Signs that you’re suffering from weed dry mouth include:

Is cottonmouth dangerous to health?

Mild and occasional cases of cottonmouth from weed aren’t anything to run to your physician about. Typically symptoms only last a maximum of a few hours after you put the pot down.

If severe symptoms of hyposalivation plague your marijuana sessions, then you could be facing a chronic problem that can trigger a number of oral health problems such as:

Why does weed give you cottonmouth?

Many people are under the misconception that weed smoke is the cause of cottonmouth. The real answer to why does weed make your mouth dry is a lot more complex.

Recent research has found that it’s actually triggered by how the cannabinoid THC in weed interacts with our endocannabinoid system.

To learn why you get cotton mouth after smoking weed, first, you must understand how the system works. It consists of a network of cannabinoid receptors that are found throughout the body and brain.

The cannabinoids in marijuana activate these receptors. Famously these interactions give you that high feeling, but they also affect the body in many other ways.

One of which is the production of saliva from the submandibular gland. It’s responsible for producing the largest amount of saliva in the mouth.

It’s thought that when THC binds with the submandibular glands’ cannabinoid receptors, it causes them to stop receiving messages from the nervous system to produce saliva. As a result, the decreased secretion leads to Xerostomia.

Do edibles cause dry mouth?

Now we know the answer to why does weed give you cottonmouth? With this in mind, it’s easy to understand that not only does smoking cause dry mouth but any THC product you consume.

Do edibles cause dry mouth? Yes, edibles and vapes also interact at some level with your endocannabinoid system and, therefore, can trigger dry mouth symptoms.

How to get rid of dry mouth when high?

Experiencing dry mouth after smoking weed can put a negative spin on the experience and dampen your high. Some users even blame cottonmouth from weed for triggering bouts of paranoia.

Don’t let it ruin a session with your favorite strain or become a chronic condition. Take action to relieve the issue.

Learn how to get rid of dry mouth when high below. We’ve put together some simple and inexpensive remedies for you to turn to when your tongue gets stuck to the roof of your mouth.

The number one piece of advice on how to not get cotton mouth when smoking weed is to stay hydrated.

Keep a bottle of water handy while you enjoy your joint or edible. Take small sips but often, ideally through a straw. Drinking large amounts of water at once can aggravate the issue and cause dryness as it washes away the mucus film that lines the mouth.

As well as a yummy treat, eating candy or chewing on some gum stimulates the salivary glands. The action encourages them to make more liquid so that your food enjoys a smooth passage into the stomach.

Research has also found that the saliva produced from masticatory stimulation contains an increased amount of ions. They work to relieve the symptoms of cottonmouth from weed and play a part in remineralizing tooth enamel.

Breathe through your nose

If you feel marijuana dry mouth setting in, breathe deeply through your nose. When you draw air in through your mouth, it dries the area out and interferes with saliva creation.

In comparison, breathing through the nose adds moisture preventing your mouth from drying out and becoming scratchy.

Cough medicines like syrups and drops are an ideal remedy for cottonmouth; they coat the mucous membrane of the mouth with a soothing film of liquid.

They work much faster than chewing on candy but remember to follow the recommended dosage to avoid overdosing.

Regular marijuana users stop dry mouth after smoking weed by using a humidifier in their homes. Most modern homes are full of dry ambient air, which is known to worsen mouth and throat dryness.

For optimal health and comfort, keep the humidity in your house in the 30–50% range.

How to prevent dry mouth when smoking weed?

As with anything negative in life, prevention is always better than the cure, and the same is true for cottonmouth from weed.

THC interacting with the endocannabinoid system is to blame for the condition. It’s impossible to tell how the cannabinoid will affect you each time. You should know if you’re going to consume marijuana, then dry mouth can’t be completely avoided.

Read on to learn how to prevent dry mouth when smoking weed to the best of your ability. Following the below lifestyle choice changes can keep your mouth, throat, and saliva production in tip-top shape, helping to mitigate symptoms and reduce the risk of chronic hyposalivation.

Alcohol has diuretic properties, which means it removes water from your blood. As a result, it can dehydrate you very fast and cause a dry mouth. It also irritates any mucus present in your mouth and makes gums much more susceptible to inflammation.

Soda, coffee, tea, and any other caffeinated drinks significantly reduce saliva production and trigger cottonmouth. Studies suggest this is because the compound compromises adrenergic modulation in the body. The regulatory mechanism is responsible for blood pressure.

Do not smoke cigarettes

A cigarette smoker’s mucus secretions are also typically much thicker than they should be, making the saliva ineffective in supporting good oral health.

The sharp edges of dry snacks like chips and crackers can easily damage the soft tissue of your inner cheeks, irritating the mouth and compromising the mucous lining.

Most of these products are also covered in salt, which dehydrates the body and dries out your mouth.

Are you still left asking why do I get cottonmouth when I smoke weed and how do I avoid it? If so, take a look at our answers to some of the most commonly asked questions surrounding the topic below and learn everything you need to know about cottonmouth from weed.

THC interacts with the endocannabinoid system and binds to receptors through the body, including those found in the largest salivary gland in the mouth.

The compound is thought to stop messages from the nervous system from reaching the gland, leading to a lack of mucus and a dry mouth.

Water is the best choice when you’re trying to get rid of weed dry mouth. Small and frequent sips lubricate the mouth and keep you hydrated.

If water isn’t your thing, then herbal teas are another great option. They’ll help to soothe the symptoms and keep your water levels topped up. Avoid caffeinated products as these only worsen the cottonmouth.

Many everyday food products help reduce the symptoms of cottonmouth from weed by promoting saliva production.

Sugar-free lollipops, lozenges, and mints are also great salivary stimulants. Like chewing on your favorite candies, these items encourage your glands to bump up production while also lasting long enough to soothe the symptoms.

Why does your mouth get dry when you smoke weed? The misconception that smoke is to blame has been debunked. Consuming THC in any form, including edibles, can cause some level of dry mouth due to the cannabinoid’s reaction with receptors in the salivary glands.

Although this means cottonmouth from weed isn’t 100% avoidable, thankfully, there are numerous ways to reduce flare-ups and mitigate the effects.

Next time you’re preparing for a session with your favorite strain, don’t just organize your papers and buds. Use our guide on how to prevent dry mouth when smoking weed, or give one of our remedies a try when it’s already creeping in.

Cottonmouth from weed may be a famously common side effect of using marijuana, but you don’t have to put up with it. Take action for your long-term health, and don’t let any discomfort ruin your evening.

Read more about dealing with the effects of weed and other cannabis-orientated topics on our extensive blog.

« 11 Tips For Your First Time Smoking Weed
CBD Patch for Pain: All You Must Know »