Does Weed Permanently Damage Your Brain? 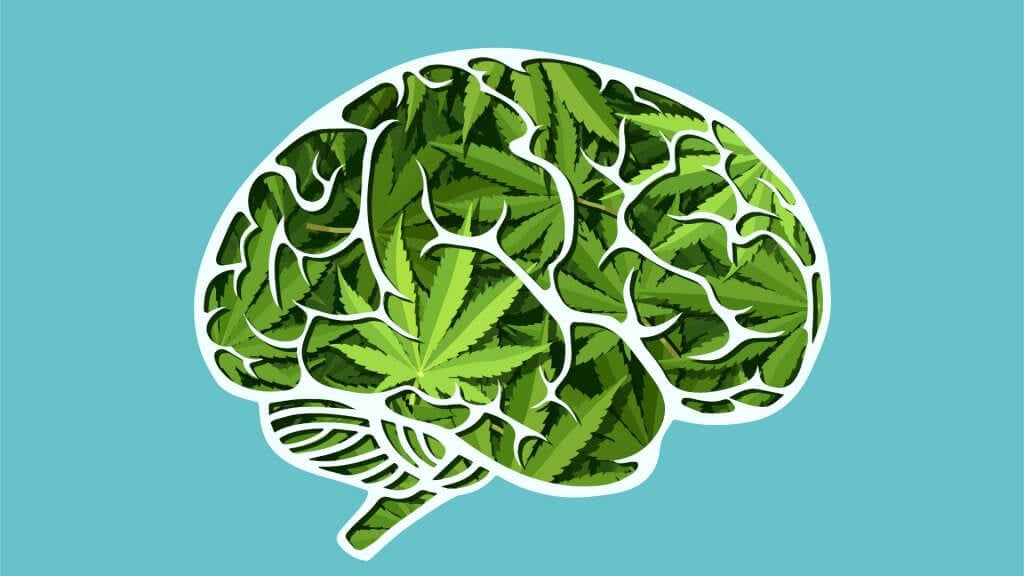 Marijuana laws are constantly changing in favor of recreational and medicinal use. With widespread consumption in green states across the US, you may ask: does weed permanently damage your brain?

Find out here if it’s harmful to your brain and if you can repair damage from long-term weed use. Discover if edibles are dangerous in the long run and the top questions users ask about marijuana’s effects on the brain.

We’ll also examine the positive effects of cannabis and determine if it kills brain cells. Let’s get started and look at the question, ‘is weed bad for your brain?’

Is weed bad for your brain?

Let’s look at an obvious fact—too much of anything is bad for you. Frequent consumption may have long-term effects, but there isn’t enough research overall to suggest whether weed is bad for your brain or not.

Since ancient times, weed has featured in various cultures, from a Chinese medicinal herb to the Hindu God Shiva. It still plays an important role in medicine today to help combat many mental ailments.

Most folks consider marijuana to be less harmful than alcohol. We’re aware of the long-lasting and damaging negative effects of heavy drinking on your brain and body. However, there are conflicting studies on the adverse effects of weed on the brain.

The prominent compounds in cannabis are tetrahydrocannabinol (THC) and cannabidiol (CBD). THC receptors influence neurotransmitter activity in your brain, altering and increasing the volume of the hippocampal structure.

Medicinal marijuana cardholders buy cannabis as a natural remedy to reduce the impact of negative effects on the brain. Weed has various health properties and beneficial terpenes and may aid mental ailments like depression, bipolar disorder, and ADHD.

So overall, is weed bad for your brain? Sure, it contains mind-altering properties, but it’s not dangerous when compared to more hard-core substances like meth or heroin.

Does weed permanently damage your brain?

Heavy and long-term use of any drug or pharmaceutical can cause permanent changes, impacting your lifestyle and affecting your personality. We know the short-term cerebral effects but does weed permanently damage your brain?

There’s a small chance of developing cognitive problems like memory loss or difficulty concentrating with heavy, long-term use. Debates and discussions are still ongoing in the medicinal community regarding the permanent effects of marijuana on the brain.

Your brain wears out as you age, and popular speculation is that frequent cannabis use may speed up the process. Again, there’s no conclusive scientific evidence to support that theory and if weed does cause brain damage.

There’s been little investigation into the long-term effects of permanent brain damage, as weed is still illegal under federal law. US researchers find it difficult to obtain funding to conduct in-depth marijuana studies because of this reason.

What does weed do to your brain, then?

So, what does weed do to your brain? THC and CBD are the two main cannabinoids that have the most profound effects on your mind.

THC is the main psychoactive cannabinoid in weed. It binds to cannabinoid receptors in your brain that influence coordination, appetite, and learning.

CBD may decrease the number of inflammatory molecules located in particular areas of the brain. CBD-rich marijuana can also help prevent pain signals from going to your brain.

We don’t know if weed kills brain cells, but studies suggest CBD prevents them from being damaged because of its neuroprotective properties. CBD may create anti-inflammatory responses in the brain’s immune cells, helping folks with neurodegenerative diseases.

Some weed interacts with receptors in parts of the brain involved with your senses, like the olfactory bulb. This interaction can heighten your sensory perception and induce a ‘trippy’ experience with enhanced sounds, visuals, tastes, and smells.

The overall effects of cannabis on your mind depend on numerous factors, including your age and THC tolerance. It also depends on the timing and movement of the neurological pathways during brain development.

The age-old question of ‘does weed kill brain cells?’ is still being debated today. More research is needed to determine marijuana’s impact on neuron development, including consumption methods like eating or vaping.

Alcohol and nicotine contain neurotoxins with direct negative effects on the brain’s functions. Smoking marijuana mixed with tobacco may kill brain cells and intercept the hippocampus from forming new neurons.

Some research suggests THC contains neurotoxins, while others conclude it has beneficial neuroprotective properties. While we are familiar with what THC does to your body and mind when consumed correctly, there’s no hard evidence that high-THC weed kills brain cells.

Can edibles cause permanent brain damage?

If you prefer eating cannabis products to vaping or smoking them, you may be wondering: ‘Can edibles cause permanent brain damage?’ There’s no broad-scope study to determine if weed consumables cause long-lasting damage to your mind.

It takes more time for your body to absorb the cannabinoids from marijuana edibles, and the effects last longer than vaping or smoking. Folks may lose patience and overconsume, therefore worrying about edible weed effects on brains.

While you may experience the cerebral and physical buzz for up to 24 hours after eating, the effects aren’t permanent. Before consumption, check the THC content, be patient, and enjoy your edibles in moderation.

The top 5 good weed effects on the brain

Now that we’ve addressed some questions like ‘does marijuana kill brain cells?’ we’re now going to examine some positive effects of cannabis.

Here’s a list of the top five good weed effects on your brain.

Consuming weed in moderation may help elevate your mood with a burst of euphoria. Many users find marijuana temporarily eradicates negative thoughts, replacing them with happy and uplifting feelings.

If you’re wondering: ‘how does weed affect your brain?’ relaxation is one of the top effects for both mind and body. Cannabis users report feeling free of stress and wild, racing thoughts, allowing their minds to chill out in most environments.

Some marijuana strains can evoke an increase in focus, helping folks to complete tedious tasks. These clarifying perceptions may help enhance concentration and productivity by providing an energetic surge and decreasing procrastinative tendencies.

Cannabis critics may debate without evidence that smoking weed kills brain cells; instead, it heightens your sensory perception, allowing creative juices to flow. Many renowned musicians and artists use marijuana to experience brighter colors and altered sounds for inspiration.

Weed may bring a sense of deep peace to your brain, enabling you to reflect on your inner self. Some strains are great for mental calmness and are ideal for therapeutic activities like meditation and yoga.

How to repair brain damage from weed

There’s no information on how to repair brain damage from weed, as research has yet to prove cannabis has long-lasting harmful effects.

Some users may experience a weed hangover, but this is most common in first-time tokers. This minor inconvenience is temporary and doesn’t contain any verified long-term effects.

If you’re worried about your memory and loss of focus, remember your brain is a muscle. Improve and strengthen it by engaging in apps and games that increase your attention span and concentration.

Exercise, eat healthily, and get sufficient sleep to increase your physical and mental wellbeing. We don’t know if weed kills brain cells, so toke in moderation to enjoy all the benefits in harmony with your daily lifestyle.

There’s no doubt we need to conduct more research into the long-term effects of marijuana use. Here are some common queries relating to the question: ‘does weed permanently damage your brain?’

What does weed do to your prefrontal cortex?

The prefrontal cortex is an area of your brain involved in many cognitive functions like processing information. Some studies suggest that heavy weed users showed reduced activity in this brain area.

More research is needed at a federal level, however, to determine the long-term effects of cannabis use on the prefrontal cortex.

Does weed shrink your brain?

A common question is: ‘does weed kill your brain cells and shrink it?’ Various studies reveal frequent marijuana use increases the complexity of the brain’s wiring, but it doesn’t necessarily mean it gets smaller.

There’s no concrete evidence to suggest weed shrinks important regions of the cerebrum.

‘How does marijuana affect the brain white matter?’ is a common question. Some early studies suggest that frequent weed consumption can cause structural differences in white matter fibers.

However, new conflicting reports say it’s not as damaging as previously thought, and it has yet to be thoroughly researched.

Does weed show up in a brain scan?

You may be wondering, ‘what does marijuana do to your brain?’ regarding scans. It doesn’t show up unless the procedure specifically analyzes the chemical molecular structure, looking for irregularities in your brain.

Medical imaging techniques like MRIs use magnetic pictures to look for physical changes in your brain.

How does weed affect the brain of a teenager?

A New Zealand study produced interesting results about what weed does to your brain as an early adolescent. It suggested that teens who frequently use cannabis lost 5.8 IQ points in adulthood.

Weed effects on the brain: the debate continues

There’s still much we don’t know about how weed use affects the brain over the long term. We need high-quality evidence because many studies contradict each other, leaving us more confused than ever.

Questions like ‘does weed permanently damage your brain?’ and ‘does marijuana kill brain cells?’ need more research and proper funding. Most of the studies conducted focus on heavy cannabis users, not medicinal patients or moderate tokers.

THC has neuroprotective properties, but some research suggests it may contain neurotoxins. The psychoactive effects can be beneficial when correctly consumed, but overindulgence in anything is never good.

More studies will be released as cannabis use increases across the country, determining the long-term brain effects. We know cannabis isn’t as harmful as other substances like alcohol, nicotine, and hard drugs.

Stay up to date with Homegrown Cannabis Co. for marijuana news and updates. What does weed do to the brain? Discover the positive side and the health and wellness of cannabis here to increase your quality of life.