Does Weed Stunt Your Growth? 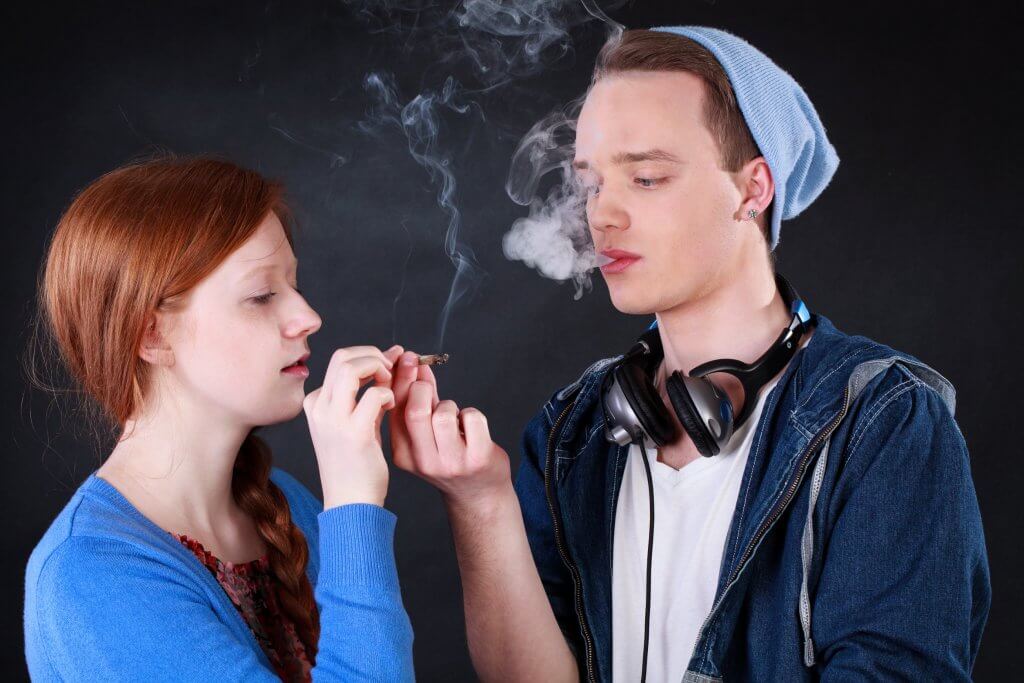 Numerous nations are legalizing medical cannabis and loosening prohibitions on recreational usage. Despite marijuana being very popular, there have been limited studies questioning if weed does stunt your growth.

According to experts, consuming marijuana at an early age may lead to some issues. It may also have an impact on brain growth.

Marijuana usage, like other drugs and treatments, may have both beneficial and adverse effects. Read on to find out how cannabis affects our physical growth and hormones.

Does weed affect your growth hormones?

There isn’t a lot of data on marijuana being linked to overall development and height. However, a recent study addresses the topic of: does smoking stunt your growth?

Participants in the study who were described as weed users as youngsters were 0.5ft shorter and 8 lbs lighter at age 20 than non-smokers. This data was collected by senior researcher Syed Rizvi, Ph.D., and collaborators from the PMAS-Arid Agriculture University Rawalpindi.

They also had greater stress hormones (cortisol levels), indicating that the marijuana users were under higher stress levels than the non-smokers.

So yes, weed does affect growth hormones, but let’s look at how. Cannabis is a plant that has several anti-inflammatory, pain-relieving, and therapeutic properties. However, there aren’t many studies regarding the effects of cannabis on the endocrine system.

What is the endocrine system?

This system is our body’s communication network. It consists of the pancreas, sexual organs, hypothalamus, pineal gland, thyroid, and adrenal glands, which interact with other body areas by producing hormones.

Let’s find out how weed can affect your growth. Within our bodies, we have an endocannabinoid system (ECS), which is an integral part of the endocrine system.

Cannabis affects the ECS by modifying its receptors, CB1 and CB2, which bind to hormones.

THC and CBD molecules attach to cannabinoid receptors in the brain. When THC interacts with these receptors, we experience euphoria, increased hunger, and pain alleviation.

CBD interacts with the ECS; however, unlike THC, it doesn’t bind to CB1 and CB2 receptors. Instead, cannabidiol molecules block the breakdown of endocannabinoids, allowing them to affect your body. CBD in weed doesn’t affect growth hormones.

Some scientists believe CBD binds to a receptor that is yet to be identified. Experts are still working on the data, but recent research suggests that CBD may help with various illnesses.

The endocrine system is very complicated, and there haven’t been sufficient controlled human studies yet. It’s still unclear how cannabis impacts hormones and their influence on health.

Does weed stunt your growth?

Not exactly, but can the afore-mentioned study help to prove or disprove if weed does stunt your growth?

Let’s have a look at what factors influence your height. Genetics primarily determines it, so smoking weed doesn’t stunt height. Nutrition, hormones, exercise levels, and medical disorders are among the other elements that have been identified to hinder development.

In the previously mentioned study done at a University in Pakistan, boys who used marijuana habitually were much smaller than their classmates by the end of their teenage growth phase.

The scientists then examined the levels of hormones in these adolescents. While the stoner group had greater amounts of testosterone and luteinizing hormone (which controls the reproductive system), they had reduced growth hormone levels.

Recognizing the apparent connection may help determine if smoking weed does stunt your growth. The researchers hypothesized that all the marijuana may have induced a persistent stress reaction in the smokers, causing early puberty while slowing their development rate.

While these findings are intriguing, some people object to them. In Pakistan, the weed-smoking boys may have experienced additional problems that affect their growth outside of enjoying marijuana, such as a lack of nutritious food.

Clearly, other variables that impact height need to be accounted for. No current studies account for any of the above to conclude weed can stunt your growth.

Another issue is that this research doesn’t account for how much marijuana is smoked by different individuals.

Will smoking weed once stunt your growth?

No, consuming weed once doesn’t make you stop growing. Many might be concerned with smoking once and facing the consequences of having to deal with stunted growth for the rest of their lives.

Many of the effects of marijuana are temporary, meaning they last for a short time, but there isn’t any solid evidence that weed does affect growth.

Some may wonder, does weed stunt height, or could it increase it? According to a recent study, marijuana usage may hinder development and cause males to reach puberty earlier.

The system behind marijuana’s stimulation of reproductive function in pubertal males has to be investigated more thoroughly. Only then can we know whether smoking weed does stunt growth in height.

The inhibitory effect of cortisol on development needs to be explored. This can be done either directly through suppressing growth at the cellular level via nutritional deprivation or indirectly through reduction of growth hormone release.

The drop in growth of pubertal marijuana-dependent males is due to either cortisol or another factor such as nutritional intake. Scientists are actively looking into these issues to find a conclusive answer.

Answering does weed stunt your growth may be difficult as there aren’t sufficient studies. Instead, scientists have researched the impacts of cannabis on adolescent cognitive and mental health outcomes.

There’s data on marijuana’s physical & mental health benefits, but the impact of weed on endocrine health research isn’t conclusive. We’d also like to see this investigation duplicated with females included.

If you’re an adult who believes smoking weed does make you shorter, the only suggestion we have is to stand proud.

Try growing some amazing cannabis seeds in your garden and experience the sensational effects. Some argue that cultivating marijuana is just as enjoyable as smoking it.