Drinking And Smoking: Is It Safe And Why Crossfade? 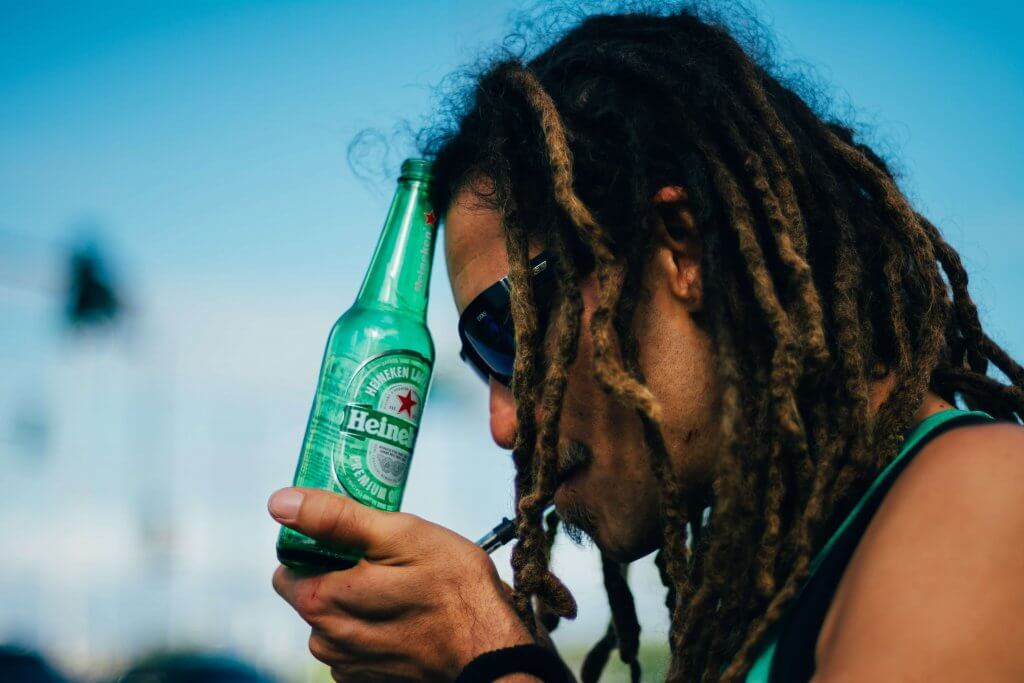 Alcohol and cannabis are some of the most widely consumed intoxicating substances. This is because the two incite euphoria by artificially stimulating the pleasure center of the brain. The effects of alcohol and cannabis when consumed separately are well-researched. However, little is known about the impacts of the interaction between the two. So, while it may be interesting to try consuming the two simultaneously, do so prudently for crossfading can either be a recipe for a disaster or a sublime experience like no other.

To crossfade is to consume and be under the influence of both alcohol and cannabis at the same time. Often, this daredevil practice is done to capture the euphoric effects of the two simultaneously and induce an exceptionally elevated high. Sometimes, being too drunk or too stoned impairs the judgment and confounds some into making irrational decisions. And as it turns out, mixing the two could be a terrible decision indeed.

When done the right way, this usually escalates into an intensified high wherein the alcohol amplifies the effects of THC. Conversely, overdoing it results in unpleasant consequences. After all, it is double the trouble as the adverse side effects of alcohol and cannabis intoxication are compounded to the point that it becomes incapacitating.

The Science Behind Crossfading

The exact mechanism of how alcohol and cannabis interact is still mostly unknown. However, what is known is that combining the two may result in overuse of both substances. Moreover, research reveals that the order in which the intoxicants were taken plays a crucial role in how these two interacts and the subsequent effects produced.

Consuming alcohol prior to smoking cannabis increases blood THC levels. This occurs because the alcohol dilates the blood vessels in the body, especially in the capillaries in the lungs. Consequently, vasodilation increases the rate at which THC is absorbed. One study even found out that this effect is dose-dependent. In other words, consuming more alcohol results in more incline in THC absorption. In essence, downing a drink before smoking amplifies the psychedelic high induced by the weed. However, doing so also increases the likelihood of greening out.

Another effect of drinking before smoking is that cannabis partially mellows out the effects of alcohol. In a study where test subjects were asked to smoke marijuana after alcohol ingestion, a significantly lower bioavailability level of ethanol was observed. Thereby, making it less likely to be absorbed by the cells. Even though the alcohol was ingested first, the cannabinoids take effect much faster because it is directly inhaled into the lungs whereas liquor has to be metabolized first before its effects kick in. This usually takes about 30 to 90 minutes.

As the conventional folk wisdom say, “weed before beer and you’re in the clear, beer before grass and you’re on your ass,” smoking before drinking poses a lesser risk of greening out. However, it is a false notion that doing it in this order magnifies the psychedelic high of the weed. This is because even before the alcohol is consumed, the cannabinoids have already taken effect. Therefore, ethanol will no longer incite an impact on the THC absorption by this time.

While crossfading can certainly catapult anyone to cloud nine with its intense effects, it also has some drawbacks. Hence, as with any mind-altering substance, caution and proper dosage must be strictly observed. Consuming excessive amounts is undoubtedly a recipe for disaster.

While it is virtually impossible to fatally overdose in cannabis, too much of it could still have adverse side effects such as greening out or weed hangovers.

Downing a drink before smoking weed sends the endocannabinoid receptors and the brain into overdrive as THC floods the system. Hence, this increases the likelihood of greening out or passing out from excessive intoxication. This is also accompanied by an intense feeling of being sick.

Another terrible effect of overdoing a crossfade is a condition called orthostatic hypotension. This is caused by a decrease in blood pressure experienced when abruptly sitting up or standing. It occurs when the THC and alcohol dilate the blood vessels, causing the blood pressure to drop suddenly. Hence, the decreased blood flow to the brain causes lightheadedness and fainting which results in a compelling need to just lie down and be couch-locked.

It is a well-established fact that alcohol intoxication causes nausea and vomiting. This is because alcohol is a toxin that irritates the stomach. Once the receptors and nerve endings in the stomach detect the presence of a toxin, it sends a neural signal to the brain that something harmful is present. Hence, the brain induces a protective mechanism to expel the noxious substance in the body – vomiting.

The catch is, cannabis is renowned for its anti-emetic properties. Hence, it counteracts and inhibits the alcohol-induced vomiting. This results in profound feelings of illness, queasiness, and nausea because the urge to throw up is coupled with the inability to do so. In severe cases, it causes alcohol-induced aspiration wherein the vomit that can’t be expelled goes into the trachea. This acidic substance then reaches the lungs and corrodes the lung tissues – effectively causing a rapid infection of the lungs. This leads to asphyxiation and ultimately, death.

Exposure to both alcohol and cannabis significantly compromises cognition, concentration, decision-making, and other higher-order thinking systems. Several studies confirmed that alcohol impedes the neural circuits that determine whether the stimuli is threatening to safety or not. Hence, the risky, impulsive, and fearless behavior exhibited when drunk. This, coupled with the detrimental effects of cannabis use on areas of decision-making, processing speed, and disinhibition among others, results in a magnified inhibition of rational thinking.

It becomes a cause of concern for the overall safety of the consumers and the people around because being cognitively impaired leads to risky behaviors such as drunken or drugged driving. Accidents could also ensue as the urge to satisfy thrill-seeking behaviors overrides the brain’s ability to distinguish dangers in the surroundings.

Generally, alcohol consumption is safe when taken in moderation. Meanwhile, cannabis taken in high quantities runs few risks. However, consuming the two simultaneously is quite a gamble. When taken without caution, the potent combination can result in a blurry night with an agonizing hangover in the morning.

With a limited understanding of the full mechanism of interaction between the two, it is difficult to conclusively state whether crossfading is safe or altogether dangerous. Even its long-term impacts are also largely unknown. What can only be assured is that the best course of action to take is to always err with caution by practicing proper dosing or even abstinence.

Are The Risks Worth It?

Crossfading certainly has its fair share of benefits and drawbacks. It could result in the best high ever or the worst hangover in history. However, it is worth noting that these effects varies from one person to another. Differences in tolerance level, body composition, experience, and most especially, the potency and dosage of the substances are bound to have an impact on the overall outcome of crossfading. These factors must be duly considered before deciding whether to crossfade it or not.

Furthermore, the risks that the deed entails should not be overlooked. Instead, precautions and preparations must be made in case any unfortunate scenario unfolds. For instance, do not attempt to crossfade alone. Always have someone for company in case any of the adverse effects mentioned above becomes apparent.

Lastly, bear in mind that an intensified high is not always a good thing. Being too high means crash back down to reality when the effects wear off. That often means being bed-ridden with excruciating hangover symptoms. But at the end of the day, it all boils down to whether the benefits are deemed worth the risks.

« How To Sober Up From A High
Indica vs Sativa: Everything You Need To Know »