Is Weed a Depressant or a Stimulant? 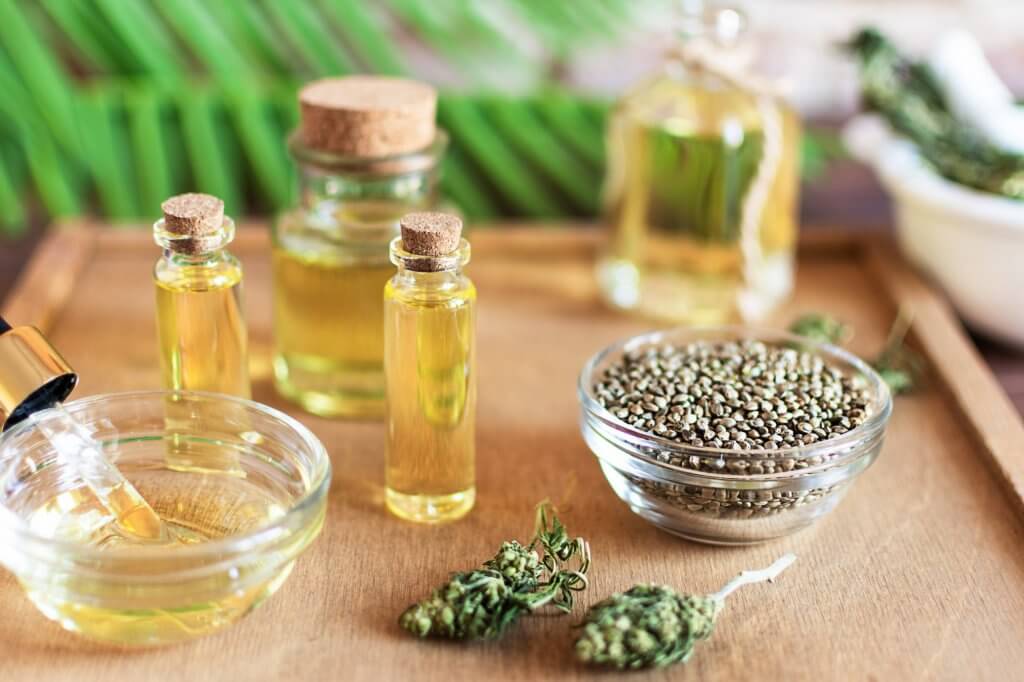 Ever wondered if weed is a depressant or stimulant? Well, several have classified it as both.

Marijuana promotes millions of people’s emotional and mental health by allowing them to de-stress and alleviate certain ailments.

Cannabis is a naturally present crop that grows flowers containing cannabinoids such as THC and CBD. The former produces psychoactive properties such as pleasure and vitality, while the latter produces holistic benefits that help with medical issues.

Join us as we discuss if marijuana is a hallucinogen, stimulant, or depressant.

Is weed an upper or downer?

Cannabis comes in two varieties: indica and sativa, and various hybrid strains created by cultivators when these species are crossbred. Is weed an upper or downer? It can be because the subspecies of cultivar each have different effects.

Indica strains have a more soothing impact, perfect for reducing anxiety and aiding sleep, making it a downer. While sativa often produces a more active and uplifting buzz, giving us upper-like sensations.

Sativas are said to relieve mental disorders such as depression or anxiety, and indica’s might assist with nausea, pain relief, and stimulating hunger. Yet, it’s still possible to smoke sativa and get an indica-like feeling, which is true in reverse. Our reaction to various strains is diverse.

Hybrid cannabis strains often have sativa and indica structural traits and sometimes balanced or shared effects. It heavily depends on how growers crossbred them and which parent genetics they use.

Is weed a depressant or antidepressant?

Depressants are often among the most used medications globally because they suppress the central nervous system (CNS) activity, relax our muscles, and calm nerves. Some say that weed is a depressant because it may offer pain relief and help us sleep better.

Many antidepressants can be addictive, and these medications alter our CNS neurons. Alcohol, Xanax (Alprazolam), and barbiturates are examples of depressants.

It’s easy to think that marijuana is a depressant as it may help with various disorders such as insomnia, anxiety, and muscular spasms. Many of the molecules found in marijuana, known as cannabinoids, have depressant-like effects.

A tolerance for THC develops with time, meaning you may consume more to achieve the same results. Regular marijuana usage might potentially lead to dependence.

After consumption, we experience several sensations, and as various studies consider, is cannabis a depressant or an antidepressant? It can be an invigorator when used in lower doses.

When smoking marijuana, we feel diverse effects. Each strain has unique characteristics. Some have relaxing effects similar to depressants, while others produce a surge of energy similar to stimulants.

Some people may question; is marijuana a depressant? Several may experience it as one while others don’t. The outcome heavily depends on the type of strain, level of THC, and CBD content in the cannabis bud.

Depressants help with numerous disorders such as insomnia, anxiety, and muscular spasms. Even when consuming a minimal dose of THC, we can still achieve satisfying effects. A few microdoses during the day can help you have the same experience without overindulging.

It’s also important to know how long does weed stay in your system to avoid excess consumption. It will differ according to your metabolism, body fat, hydration, and how high your dosage was.

Is CBD a depressant or stimulant?

Stimulants are a type of medication that enhance central nervous system activity. It assists in raising the number of brain chemicals required to relieve the symptoms of certain conditions. Some users’ responses to; if marijuana is a stimulant? There’s research that supports that it is.

They’re often very addictive and, over time, can create paranoia. Cocaine, methamphetamine, and ADHD pills are a few examples. Stimulants boost alertness and mood by affecting the neurotransmitters; dopamine and norepinephrine in the brain.

While CBD is one of the hundreds of cannabinoid compounds, it doesn’t produce a “high.” There is no indication of public health-related issues linked with the use of CBD. The question remains; is CBD a stimulant or a depressant?

CBD interacts with the endocannabinoid system; however, it doesn’t bind to the CB1 and CB2 receptors like THC. Instead, cannabidiol molecules block the breakdown of endocannabinoids, allowing CBD to affect your body.

CBD causes an inhibiting response of the serotonin receptor, which benefits our perception of pain, anxiety, sleep, hunger, nausea, and vomiting. Various studies related to the advantages state that CBD in weed is a stimulant rather than a depressant.

Is THC a depressant?

THC stands for tetrahydrocannabinol and is the chemical responsible for most of the psychological effects of marijuana and the ‘high’ sensation. It is a stimulant and functions similarly to cannabinoid compounds naturally present in the body.

THC molecules bind to cannabinoid receptors CB1 and CB2 in the brain. When THC attaches to these receptors, we experience euphoria, increased hunger, and pain alleviation. Find out what THC does to the brain and body for an in-depth understanding.

One of marijuana’s cerebral benefits is that it causes your brain to create endorphins. These are feel-good hormones released when you workout, during sex, smiling and laughing, or are in distress.

The fact is that marijuana’s place in these categories is more ambiguous than you would think. So, is weed a depressant or antidepressant?

Undoubtedly, weed is psychoactive, but an important factor is that we have different experiences after consuming it.

A psychoactive is a chemical compound that alters the way the brain functions. It leads to changes in perception, mood, degree of consciousness, cognitive performance, and behavior.

The psychotropic ingredient in cannabis is THC, and we might experience the following effects:

Remember, the effects vary depending on the strain and the individual. After taking it, some people may feel comfortable and at peace, while others may feel overwhelmed or worried, which seems like weed is psychoactive.

Is weed a hallucinogen?

Hallucinogens are chemicals that distort your perspective of reality by altering your sensory experience or causing heightened visual or audible sensations.

So, is weed a hallucinogen?

Cannabis is most commonly associated with hallucinogenic effects. While it’s likely, they are uncommon and don’t affect all users. Hallucinations also impact how we experience time, colors, and sounds.

Marijuana may cause us to have heightened sensory perception and also may result in outcomes such as:

Please note that hallucinations and the paranoia linked with weed aren’t the same. Hallucinations are distorted views of things, events, or sensations, while paranoia is a false concept followed by distrust.

Here are bite-sized answers to some of the most frequently asked questions about what is weed  classified as.

What is weed classified as?

Marijuana may have a strong depressant effect for some people but tends to affect users differently, making people wonder what this drug’s classification is?

It’s a unique substance with each consumer experiencing mixed results, and each may confirm marijuana is a hallucinogen, stimulant, depressant, and psychoactive.

Is weed a psychomotor stimulant?

Yes, certain cannabis cultivars such as sativa strains are considered psychomotor stimulants. The effects also largely depend on the type of cannabis you consume, like sativa, indica, and CBD strains. Compounds in weed, such as THC, is a stimulant to our central nervous system.

Weed has diverse therapeutic and physical effects that differ from one person to another. Making us calm and peaceful while giving others a burst of energy and increasing attentiveness.

Is weed a narcotic?

It also raises the question of what is weed classified as by authorities? Government officials use the word narcotics to describe physically or mentally hazardous drugs.

As a result, several substances that aren’t painkillers, such as cocaine and marijuana, are classified as narcotics under federal law.

Most users don’t see cannabis as a narcotic as it has many benefits to our minds and body. We hope to see a change in this classification soon, as marijuana has many applications that can positively impact the world.

Cannabis and its infinite possibilities

We now understand that marijuana is a hallucinogen, stimulant, depressant, and psychoactive but carries much fewer risks than other drugs. It has a wide range of psychological and physical effects that vary between individuals.

Weed makes some individuals relaxed while giving others a burst of energy and increasing attentiveness.

It may help us manage mental health disorders like depression and anxiety while alleviating physical tension and discomfort. Would you want to discover more about the cannabis industry? Check out our blog for tips and tricks to grow potent resinous and flavorful buds at home.