Can You Mix Lexapro and Weed? 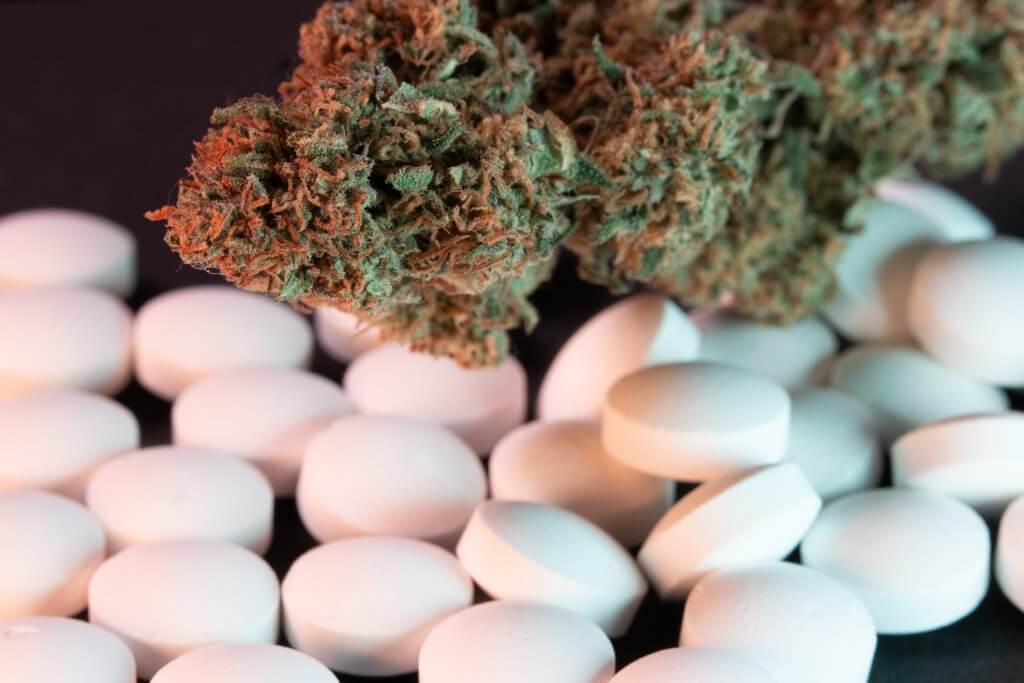 Are you struggling with anxiety and depression and don’t know whether taking Lexapro and weed is safe? We know how you feel and understand your concerns. That’s why we’ve done the research for you.

These days, we all want to get better and heal ourselves, but with all these different mind-altering substances, which ones are safe? There’s always a chance of side effects with any drug, so mixing marijuana and Lexapro may not suit everyone.

Continue reading to discover useful information regarding the matter, including the possible side effects of mixing Lexapro and weed.

What happens when you mix Lexapro and weed?

When mixing any pharmaceutical and recreational drug it’s best to exercise caution. Several have even combined Adderall and weed. In these situations, gaining knowledge is an efficient way of making sure you have all the facts.

Lexapro is an antidepressant medication known as escitalopram. It increases serotonin in the parts of your brain that need it. Smoking cannabis stimulates the release of dopamine in your brain chemistry. So both Lexapro and marijuana can alter your state of mind.

Hence, mixing two different substances, such as weed and Lexapro, that increase your “feel-good hormones” can put you at risk of Serotonin Syndrome. It’s an overload of serotonin in your system.

It’s almost unbelievable that drugs like marijuana and Lexapro can increase your body’s natural hormones.

Health care professionals won’t easily recommend or prescribe weed and Lexapro together. There’s not much data to support the positive or negative properties of cannabis.

However, more people are exploring the possibilities of self-medicating with cannabis.  Marijuana’s status as a schedule one narcotic has greatly limited the research into its effectiveness due to it not receiving funding.

It’s speculated that mixing Lexapro and weed could cause seizures. Marijuana with a high THC content can elevate certain symptoms like anxiety and paranoia in some people. However, there are cases where cannabis leaves people feeling relaxed, at ease, and euphoric.

There’s also the matter of the Lexapro becoming ineffective when taken with weed. Since both Lexapro and marijuana are serotonin and dopamine inhibitors, they work together with the same cytochrome system.

When using Lexapro while also using weed, it’s difficult to determine which one is effective due to the lack of evidence.

Lexapro and marijuana are a tricky slope, but people using recreational substances while undergoing professional treatment are less likely to complete their full medication dosage.

Many adolescents are experimenting with Xanax and weed; combining these two substances may create a higher chance of overdosing.

The bottom line is that it’s the healthier and safer option not to give Lexapro and weed the chance to even interact within your body. Rather be sure of the consequences before taking the risk.

What about CBD and Lexapro?

CBD is one of the chemicals in the cannabis sativa plant, known to be extracted from hemp, which contains small amounts of THC. Now let’s see how CBD and Lexapro interact.

CBD has many therapeutic effects, but none are psychoactive, leaving you wondering, ‘can I take CBD with Lexapro?’

Combining these two remedies is not recommended as it can increase the number of antidepressants in your body. There’s a strong chance of it interacting in your body because Lexapro and CBD share some of the same enzymatic pathways.

The pathway is known as the CYP450. It contains various enzymes that control the breakdown of certain substances in the liver. The same enzymes metabolize both Lexapro and CBD in this circumstance.

How do Lexapro and THC interact?

Let’s look at how Lexapro and THC function in our bodies.

THC,  the compound in cannabis, is responsible for most psychoactive effects; it also produces a euphoric sensation. When emitted into the body, it stimulates the cells in your brain to release dopamine.

Our bodies contain endocannabinoids, chemically similar to THC, allowing them to interact with our cannabinoid receptors. The contact influences the release of neurotransmitters which control the messages between cells.

Now that we know more about THC, let’s examine Lexapro to understand the interaction between Lexapro and THC better.

Lexapro is a serotonin reuptake inhibitor (SSRI); used to treat a major depressive disorder or generalized anxiety disorder. It also decreases your anxiety, improves your energy levels, and increases your feeling of well-being.

Lexapro and THC cause different effects, and it’s not certain how your body will react when you consume them simultaneously.

Does weed interact with any medications? Like THC and Lexapro? Is a frequent question among scientists, researchers, health professionals, and curious minds. Unfortunately, there’s no proof to accurately answer this question which doesn’t prevent any health professionals from making educated guesses.

Three possible side effects of mixing Lexapro and marijuana

When dealing with any medication or alternative remedies, knowing the possible side effects is important. Here are three that you may experience when mixing Lexapro and cannabis:

You could feel light-headed and unbalanced in your step. You may also experience the spinning room sensation. Becoming dizzy affects your sensory organs like your ears and eyes. If this starts, as a result of combining weed and Lexapro, the best things to do is:

Combining weed and Lexapro could cause drowsiness, also known as excessive sleepiness. It can also result in you feeling lethargic, weak, and lacking the ability to think straight. The following are a few suggestions to help alleviate these symptoms:

If your condition doesn’t improve after about an hour, call your doctor.

Disorientation makes it difficult to concentrate and make proper decisions. In extreme cases, mumbling and not making sense are common symptoms. Confusion can occur when mixing Lexapro and marijuana. If it does, consider trying the following to improve your condition:

In extreme cases, you shouldn’t be left alone or use any other substances. Speak to a healthcare professional.

What else you should know about weed and Lexapro interaction

Lexapro and weed are part of the same enzyme group associated with drug metabolism in the liver. The cytochrome system assists with the energy transfer between cells and is responsible for controlling cannabinoids.

The same enzymes metabolize both Lexapro and cannabis in your body. So when you take them together, there’s a possibility of them interacting. While both fight for enzymes, one substance breaks down slower while the other is faster.

This interaction raises the risk of adverse chemical reactions in your brain. According to some women, Lexapro affects their menstrual cycles, while cannabis helps ease the pain of cramps.

Be smart, be informed

Considering all the information provided, choosing to combine Lexapro and weed is not recommended without consulting a medical practitioner. It’s also advisable to educate yourself on the interactions of various substances before consumption.

Here are a few important key points to remember:

There are various resources and tools at our disposal to remain educated about anything and everything, like information on Lexapro and weed. Remember, you can control what you put into your body, so take the necessary actions to act in your best interest.

Don’t miss out on our posts. When visiting our blog at Homegrown Cannabis, you’ll find all you need to know about weed and other interesting data to make your cannabis journey more enjoyable.

« Melatonin and Weed: Can You Mix Them?
Alien Technology Strain Information & Review »