Marijuana And Diabetes: How It Works 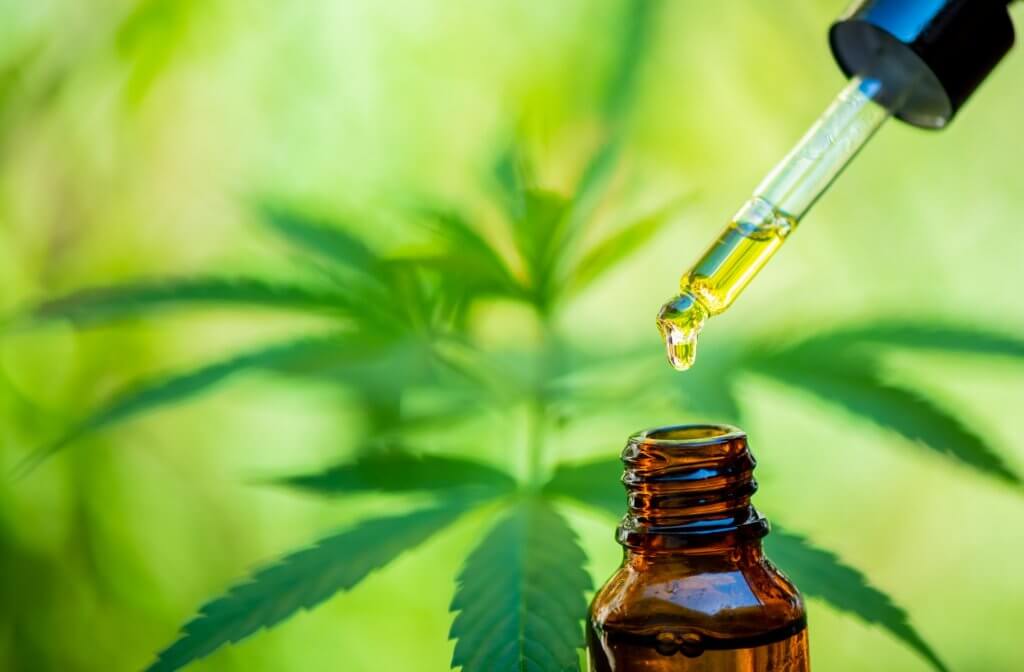 Are you a diabetic, or have you been diagnosed as pre-diabetic? If so, you’ve probably considered a safer treatment than prescription drugs. You might’ve even wondered if marijuana and diabetes are a viable combination.

Did you know that diabetes is the 7th leading cause of death in the US? In 2019, approximately 1.5 million people around the world died due to the illness.

Diabetes is undoubtedly a deadly disease and a very common one. In pursuit of seeking a natural alternative, many are exploring whether cannabis can help diabetes.

Let’s have a closer look at the relationship between weed and diabetics and the benefits this herb offers.

Diabetes is one of the most widespread and difficult to treat diseases in the world. At the time of writing this article, approximately 8.5% of adults worldwide are recorded to have diabetes.

These high statistics make it clear why diabetics are interested in discovering; can marijuana help diabetes? To determine if weed is good for diabetics, we need to understand how people contract this disease.

Diabetes is a chronic condition that’s associated with abnormally high blood sugar levels. The sugar is released into our bloodstream after we digest food, and it’s broken down.

There are times when our body might not make enough insulin or doesn’t use the insulin optimally. This malfunction results in a buildup of sugar in the bloodstream, which causes diabetes or a number of other conditions.

Diabetes can be quite sneaky in that you might not even know you have the condition until there are complications. It’s known as the ‘silent disease.’

To give further insight into this illness and discover how does marijuana affects diabetes, let’s look at the various types:

This is where the body stops making insulin. Although you still get glucose from food, the cells are unable to absorb the sugar due to the lack of insulin. It’s common among children, teens, and young adults. Unfortunately, there’s currently no way of preventing this type of diabetes.

With this form of diabetes, the body doesn’t use insulin very well, and it can’t maintain normal blood sugar levels. It’s more frequent among adults and found in more than 90% of people with diabetes. In some cases, there are no symptoms.

During the pre-diabetes stage, your blood sugar level is high but not as high as Type 2 diabetes. This condition is reversible with medication and by following a healthy lifestyle.

Many women develop high blood sugar levels during pregnancy, referred to as gestational diabetes. This should be monitored as it can lead to complications. Gestational diabetes usually disappears after delivery.

Although there’s no cure for diabetes, medication, a balanced diet, and regular exercise can improve your condition. Some users believe cannabis can help diabetes as well.

What is the relationship between marijuana and diabetes?

The relationship between marijuana and diabetes isn’t a well-researched one. The lack of investigation is due to the legal status of cannabis and the subsequent limits it poses to researchers.

While more high-quality studies need to be conducted in humans, there are some results from tests done on mice. The following is experimental findings between diabetes and cannabis:

These results mostly reflect the effects of CBD, but a variation of THC has been proven to improve the blood sugar levels of people with diabetes. The different strains of marijuana and the method used to consume it have various effects.

There are numerous individuals using cannabis for diabetes. Of these consumers, many prefer smoking weed instead of ingesting it.

So, can diabetics smoke weed? Yes, they can if it’s legal in their state, and they’re currently not suffering from any respiratory condition.

Ingesting and vaping are less harmful to your lungs than smoking. However, when puffing on cannabis for diabetes, you’ll feel the effects within minutes compared to other consumption methods.

Within 30 minutes, you can experience the full effects, and it can last up to six hours, sometimes up to 24 hours. If you’re a novice to marijuana consumption and choose to smoke cannabis for diabetes, start with small doses to determine its effects and increase accordingly.

Besides the health risks related to smoking weed, some individuals may also feel uncomfortable with this method of consumption. There are other methods of ingesting cannabis to help your diabetes. They include vaping and edibles.

Edibles are a more convenient method of consumption and can be eaten discreetly and on the go for those who live a busy life. It has a delayed effect as it has to make its way through the digestive system first, but the results last longer than that of smoking weed.

As mentioned before, there’s no real cure for diabetes, but the symptoms and factors that influence it can be managed. People with diabetes have, in the past, suffered from kidney failure, blindness, strokes, and even lower limb amputations.

Although weed can’t prevent diabetes, it can assist with reducing the risk factors and common symptoms.

Balancing your blood sugar levels as a person with diabetes is quite tricky and can be dangerous at times. Not everyone can distinguish whether or not their levels are low.

People with diabetes need to check their sugar levels regularly throughout the day with a glucose meter. To regulate their blood sugar level, they may need insulin or other oral medications.

The few studies that have been conducted show that marijuana does affect the blood sugar level by stabilizing it. However, one of the known benefits of cannabis is that it can increase your appetite and give you the “munchies.”

While an increased appetite may be beneficial to those with eating disorders, for a diabetic, it can be detrimental. Their craving for food could include carbohydrates, which can be problematic as it increases their blood sugar levels.

In any of these situations, you should check your sugar level and consult your doctor. If this condition continues, it can lead to further complications such as heart attack, stroke, or kidney failure.

Care also needs to be exercised when marijuana lowers your blood sugar level. Low levels of blood sugar can also pose a danger to diabetics. They could experience shaking, sweating, confusion, and rapid heartbeat.

If your cannabis consumption has left you feeling euphoric, you may not know that you’re experiencing low sugar levels. These signs, if misinterpreted, can result in a medical emergency.

How can marijuana help diabetes?

The chemicals within marijuana plants called cannabinoids work within the human endocannabinoid system. When you consume weed, these chemicals interact with the receptors in the nervous system and produce various benefits in the body and brain.

They affect the body in the following ways:

There are few ways in which marijuana can help diabetes.

One of the risk factors for someone with Type 2 diabetes is obesity. One of the benefits of marijuana is that it reduces the risk of obesity.

Cannabis users are recognized for having a smaller waist circumference. On the other hand, marijuana can also increase your weight as it can also boost your appetite, so consume with caution.

Another way weed helps diabetes in a Type 2 diabetic is to increase the body’s sensitivity towards insulin.

In uncontrolled diabetes, peripheral neuropathy can occur. This is a condition where nerves in your body become damaged by infection, medication, and others.

Using cannabis for diabetes can alleviate the pain associated with peripheral neuropathy. The anti-inflammatory properties found in marijuana can also help prevent it from occurring.

If your blood sugar level isn’t properly controlled, it can result in retinopathy. This condition is when blood vessels in the back of your retina get damaged.

Researchers did a study on animals on how marijuana helps diabetes. The results showed that cannabis could protect your body from developing diabetic retinopathy. As this study wasn’t conducted in humans, there’s no guarantee that it’ll be effective.

Is treating diabetes with cannabis legal?

Marijuana is currently not legal in all states. Medical cannabis is, however, legal in most. It’s best first to verify the legal status of weed where you live before using cannabis for diabetes.

Even though weed may be legal in your state, the FDA doesn’t regulate all forms of marijuana. The only FDA-approved form of cannabis is CBD oil, called Epidiolex, a prescription drug for epilepsy.

Side effects and warnings

With marijuana, as with many prescription drugs or herbal medicines, there’s the possibility of side effects but a lot fewer. When treating your diabetes with cannabis, the side effects experienced may be either mental or physical, especially with elevated THC levels.

They include the following:

Besides these side effects, marijuana can interfere with your diabetic medication.

If your judgment is impaired after using cannabis for your diabetes, you may overlook checking your blood sugar levels, use an incorrect medication dosage, or forget to administer your meds altogether.

If you have Type 1 diabetes and aren’t managing your medication correctly, it can result in diabetic ketoacidosis. The symptoms related to this condition are nausea, vomiting, weakness, fatigue, confusion, and coma.

When using recreational cannabis for your diabetes, the risk of developing diabetic ketoacidosis doubles.

Although marijuana can relieve many symptoms related to the illness, the FDA hasn’t approved its use for treating diabetes. As you can’t be sure what ingredients are in medical marijuana or its quality, care should be taken when consuming cannabis for diabetes.

It’s important to consult your physician before treating your diabetes with cannabis.

The relationship between weed and diabetes can be described as bittersweet. Cannabis has many medical benefits for a wide variety of ailments.

When it comes to diabetes, marijuana can alleviate several symptoms associated with this disease. Some of the benefits can even prevent diabetes from intensifying. Yet, cannabis also has adverse effects.

Those with diabetes still choose to embrace this relationship between marijuana and diabetes as the benefits outweigh the negatives. So if you’re considering treating your diabetes with cannabis, look no further than Homegrown Cannabis Co.

We have a wide range of medical marijuana strains to treat not only your diabetes but also many other conditions. These seeds are delivered discreetly to your door, and you can find a detailed guide on how to start cultivating online with us.

« 10 Hemp Oil Benefits for Skin, Hair & More
DIY Vertical Hydroponics System For Weed: How To Set Up A Fantastic One »