Melatonin and Weed: Can You Mix Them? 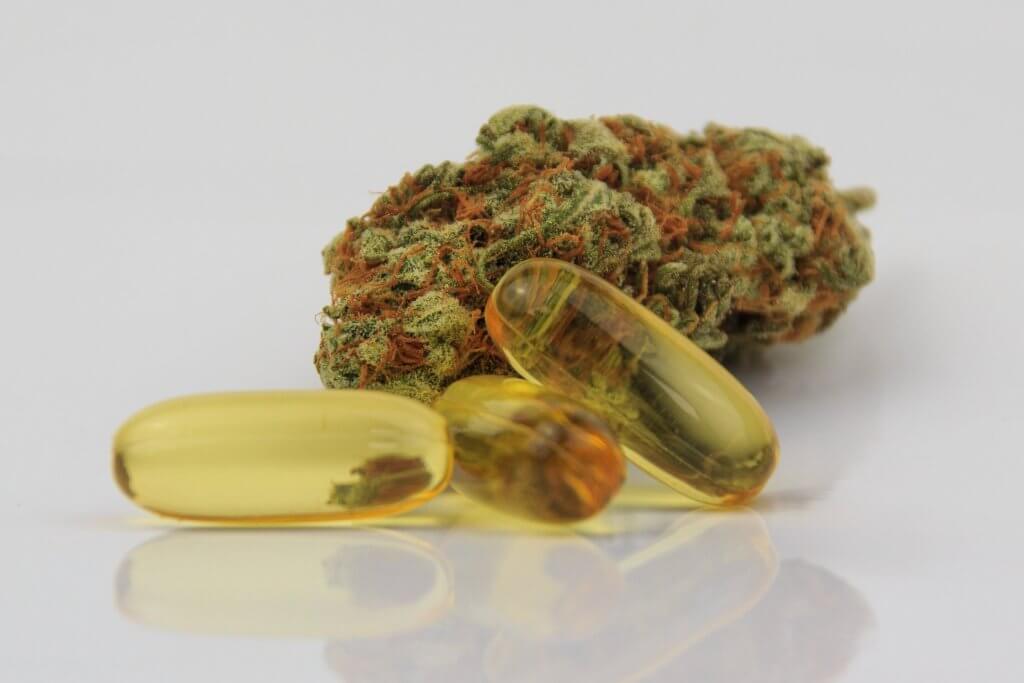 It’s safe to say that most people use marijuana for various reasons, its ability to alter moods probably being one of them. Ever wondered how melatonin and weed interact when combined?

According to medical experts, weed can increase melatonin levels, but what is this so-called melatonin that everyone’s speaking about? It’s a hormone produced by the brain that plays a huge role in your sleeping patterns, almost like an internal clock.

There’s great news for those struggling to produce melatonin naturally, a supplement that’s in a pill or liquid format. It can either be natural or synthetic. These products help treat various sleeping disorders, but is it safe to mix melatonin and weed?

The research on this subject is still ongoing. Let’s look at the available information and the potential health risks when these two substances are mixed.

What happens when you mix melatonin and weed?

While weed and melatonin are safe substances to consume, there aren’t many details about combining them. When it comes to melatonin supplements, using them for longer than two months isn’t recommended.

When mixing weed and melatonin in moderation, as with any medication, it shouldn’t have any detrimental side effects. Individuals should gather enough research before consuming these two substances simultaneously and gradually start the dosing.

Marijuana prolongs deep sleep, and most users can’t remember their dreams as vividly as before. Melatonin has the complete opposite effect, causing users to have what is known as closed-eye hallucinations.

These illusions are similar to a state that allows vivid imagery of thoughts within the mind’s eye to be as clear as day.

The combination of melatonin and THC tends to have a more diverse effect than what marijuana consumers are used to. It appears dreams that were once a distant memory can resurface as an almost perfect recollection of what they visualized the night before.

For some reason, the presence of melatonin counteracts THC’s effects, allowing users to dream once again, and who doesn’t love this state?

Can you mix melatonin and weed? Is it safe?

It’s normal for most people who experience difficulty sleeping to feel the need to mix marijuana and melatonin supplements as they search for a good night’s rest. That’s why consumers frequently ask whether mixing melatonin and weed is safe.

While the brain may naturally produce melatonin, it’s important to note that smoking cannabis also contributes to its production. Marijuana changes the rest wake cycle and activates cannabinoid type 1 (CB1) receptors in the brain.

Studies have shown that the psychoactive compound in weed, commonly known as THC, can decrease sleep onset latency. It’s the time period it takes for you to fall asleep once the lights are turned off. The average time is usually 20 minutes.

A mild dose of THC and melatonin is safe, but too much will inevitably result in unpleasant side effects. It’s always a great idea to consult a healthcare expert on the right precautions whenever you’re combining two different substances.

Can you smoke weed and take melatonin?

Both melatonin and marijuana have a sedative effect. Ingesting it together can amplify its impact. Combining the two could result in more sluggishness than anticipated.

To safeguard yourself, it’s probably best to avoid combining the two. There is evidence that consuming weed occasionally gives your normal melatonin creation a boost, so taking a melatonin supplement won’t be necessary.

Can I take melatonin after taking an edible?

You can mix melatonin and weed; although not recommended due to a lack of supporting data. There’s no guarantee that the combination of marijuana and melatonin is without risk. Consuming edibles can intensify this as its effects are stronger and last longer.

According to research, the first process begins in the stomach and metabolizes in the liver. It then enters the bloodstream before reaching the brain. The process differs between individuals, making it hard to anticipate when you will feel the full impact.

There are separate studies that indicate potential concerns when consuming melatonin and weed. Here are a few:

You can’t overdose on marijuana in the conventional sense, though you might experience anxiety and panic attacks, amongst other side effects resulting from overconsumption.

On the other hand, melatonin supplements may have more life-threatening repercussions, which could be fatal when taken in excess amounts.

When mixing weed and melatonin, your body’s ability to manage movement is reduced significantly and affects your reflexes. Reduced motor skills make everyday tasks difficult and put you at risk when faced with an emergency.

Lethargy is a deep state of fatigue, unresponsiveness, and inactivity. It can lead to changes in your mood, decreased alertness, or a diminished ability to think. These symptoms could result in a coma, respiratory depression, seizures, and death.

Depression isn’t uncommon but increases when mixing melatonin and weed, negatively impacting how you feel. It can also lead to various emotional and physical problems and impact your normal function at work or home.

It would help to consider these concerns before combining weed and melatonin supplements. The above are possible dangers and can lead to life-threatening implications if taken lightly.

What else you should know about weed and melatonin interaction

There’s a lot more research needed regarding the interaction between weed and melatonin. The effects of mixing these substances can vary amongst consumers.

Healthcare providers are most likely to decline a patient’s melatonin prescription if the individual is a weed consumer. The decision is perhaps due to the lack of research into mixing melatonin and weed.

Side effects of mixing cannabis and melatonin

The side effects of combining melatonin and weed are as common as mixing any other drugs. The following are a few that could occur::

As the tolerance levels vary between individuals, it’s difficult to determine melatonin and weed’s impact on a person. When considering all the possibilities, it’s never wise to combine weed and melatonin because of the possible impact.

If you experience any adverse reactions, seek medical attention immediately. Both weed and melatonin influence dopamine levels, causing physical and mental discomfort in the body.

People often ask, does weed interact with any medications? There are a substantial amount of medications that can work with marijuana. Some don’t pose any major threat, but others, such as melatonin and THC, may be dangerous.

THC has a relationship with almost 400 prescription drugs and CBD with more than 540 prescribed medications.

Before combining melatonin with weed or other prescription meds with marijuana, seek medical advice.

Final points about melatonin and marijuana

Melatonin and weed could assist with taking you off to fairyland, yet there are numerous things you can do to expand the possibilities of a decent night’s rest.

However, melatonin supplements have different results and are entirely safe to experiment with if you’re interested.

When trying melatonin supplements for the first time, it’s best to start with a low dosage to monitor the effects. Even though it is safe, bear in mind that high dosages can be fairly dangerous, causing unpleasant reactions that could lead to an overdose.

These supplements have a wide range of uses, including sleeping disorders. It’s not uncommon for people to mix melatonin with marijuana, but exercising caution is important.

Mixing weed and melatonin isn’t advisable for many reasons, mainly because both substances act as a sedative, and when combined, it can heighten the effects.

Marijuana will help you achieve a good night’s rest. If you’re seeking to remember your dreams, a smaller dose of melatonin shouldn’t have any adverse side effects. With that said, talk to your physician about the best approach beforehand.

Growing your own cannabis is a great way of choosing a strain that best suits you. If you’re interested in raising weed or need any advice on its interactions with pharmaceuticals, you can find it all in one place.

At Homegrown Cannabis Co we’ve a wide range of seeds and health and wellness guides that can assist you every step of the way.