Everything you Need to Know About Bonsai Cannabis Plants 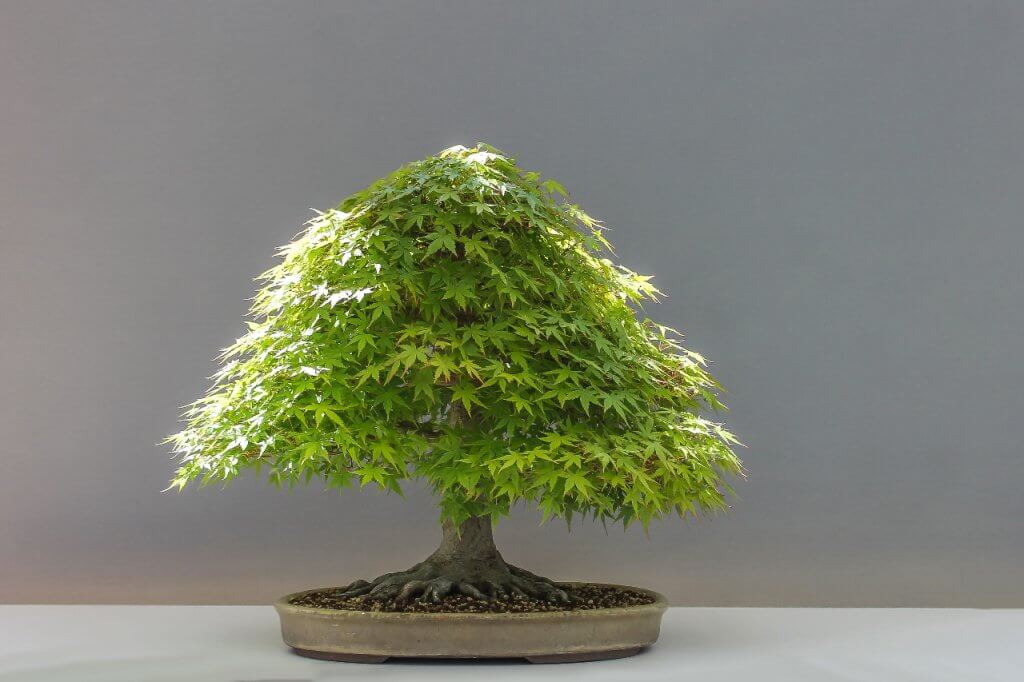 Marijuana bonsai or a bonsai weed plant exists. In fact, you can grow one yourself. Like a regular bonsai, a bonsai marijuana plant exudes a calming presence and a happy demeanor, whether it’s placed inside your home, garden, or workplace.

In this article, we’ll learn about the cool things in growing a cannabis bonsai, its cultural background, why it is a thing, and how to grow one.

Marijuana plant cultivation is a never-ending quest for innovation. Whether for medicinal purposes, recreational purposes, beautifying, or profit, weed-growers have always found some ways to revolutionize marijuana. Some of these cultivating efforts and ideas gave birth to the bonsai weed.

Similar to bonsai trees, a marijuana bonsai tree is crafted into a miniature tree-like structure that is never permitted to grow beyond 4 feet. A bonsai cannabis plant provides several uses. One of its uses is that they serve as a source of clone clippings.

Cloning is a cultivating technique that uses cuttings from a vegetating mother plant. Growers will then root the cuttings before planting it in soil or a growing medium such as hydroponics. Clone clippings enable cannabis growers to grow an exact genetic copy of the mother plant. Now, marijuana bonsai is a good source of cannabis clone clippings because they do not take up much space compared to a full-grown mother plant.

But more than its yield, a marijuana bonsai tree is a hobby, an act of love for art and design. Cannabis bonsai growers find joy in creating and controlling the small world of the cannabis plant. Growers see cannabis bonsai as a thing that brings joy to oneself and others. The preparation and effort that’s come with growing one are thought to be an achievement.

Yes, technically, it’s a plant in a pot, but many artistic endeavors come with growing a bonsai pot plant. Some people even believe that a bonsai tree brings good luck to a family house and is often passed on from one generation to another.

Some even profit from cannabis bonsai by selling them and growing them at the comforts of their homes. Since we’re in the middle of a pandemic and most of us, if not all of us, rarely leave our houses, cannabis bonsai as either a hobby or source of income that can work.

What is a Bonsai Tree?

A bonsai tree is curated to mimic a tree but in a miniature way. Bonsai refers to the growing technique that keeps the tree permanently in a small size. A bonsai tree’s successful growth yields a healthy and mature plant that grows only in its intended height and size. Ideally, the height and size of a bonsai tree would depend on the plant’s trunk diameter, but the ratio of a typical bonsai would be 1:6 to 1:12.

Techniques such as pinching the buds, pruning (the leaves and branches), and wiring keep the bonsai tree within its intended height. Bonsai trees aren’t genetically short or small in size, so they’ll need the technique of training and pruning to achieve the ideal height of 4 feet and under.

Plants with smaller leaves are ideal for bonsai as they are easily pruned for a specific design, and they resemble the “miniature landscape” effect. Any plant with a sturdy-looking stem or trunk can be successfully grown as a bonsai tree too.

The bonsai tree is a cultural activity that originated in China and Japan. Bonsai tree growing started thousands of years ago and is believed to start as early as 700 AD. In the Japanese language, the word “Bonsai” refers to “planted in a container.”

True enough, bonsai trees are usually planted in small containers. Small containers are crucial in maintaining a bonsai’s height because they restrict the nutrients and root system that a tree absorbs and develops, respectively.

For bonsai enthusiasts, bonsai trees are a representation of nature. However, bonsai trees can mean different things for you and the others. Here are some of the other accepted meaning of bonsai trees:

Perhaps the ultimate goal for crafting a cannabis bonsai tree is not about what it can do for you but rather what you can do to the plant. Growing one requires dedication, knowledge, love, and maybe a passion for the craft.

How to Bonsai a Cannabis Plant

Growing a cannabis bonsai tree is surprisingly simple. How to bonsai a cannabis plant comes in 4 easy steps. Before you dig in, have a look at the tools you’ll need to prepare:

Prepare a pot suitable for growing a bonsai tree. There are no strict measurements on how much the pot’s diameter should be, but it should generally be of small size.

Next, you’ll need to install a wire to train your cannabis bonsai tree to grow on whatever shape, size, or height you like. Two kinds of wire can be used on growing, and either of the two is good: anodized aluminum and annealed copper. Beginners are advised to use anodized aluminum.

To install your wire, start by drilling holes around the perimeter of the pot’s mouth. Through these holes, you can insert your wires to suspend your cannabis bonsai tree branches in whatever direction you wanted it to grow.

Fill your pot with soil but add a space on the surface, just enough for the holes to still be wired. Next, plant your budding cannabis in the soil. Because you’re growing a cannabis bonsai tree, you’ll need to stick a wooden stake next to the plant’s trunk.

Gently stick the stake down into the soil to prevent root damage. The wooden stake would help shape the growing structure of the cannabis plant. You can put as many stakes as you want or in any direction (ideally in the middle) as the plant is growing.

Next, use your wire to tie the stem of the plant to your wooden stake. Use your previously drilled holes to insert your wires in and serve as a stronghold of the contraption you’ve just made. Try not to tie the stem to the stake with too much force, or it’ll damage the plant, causing it not to grow at all.

As your cannabis bonsai tree is growing, you’ll want to train the branches of the plant. Training the branches will help you control the growing size of the branches and where it will go.

Training branches can be achieved in the same manner as training a stem through wires. When you already envision where you want a particular branch to go, tie them with the wire and connect them with the pot’s holes. Do the same technique for the other branches. Don’t tie firmly. Leave enough space for the branches to grow uninterrupted.

A nice tip to know is if you want the branch’s growing direction to be horizontal, tie them slightly tighter than you would normally do. If you want them to stay vertical, tie them lightly.

Your cannabis bonsai plant will grow more branches later. You’ll soon need to prune or cut some of the branches so they stay within the bonsai shape you want. Besides preserving the traditional bonsai look of your cannabis bonsai tree, you’ll need to prune the plant to promote great airflow ventilation. A good airflow prevents molds development. Molds are caused by an unhealthy amount of humidity.

There are important branches in the bonsai that you are not supposed to cut. Some of the signs of an important branch are when the trunk is big, and there are lots of growing minor branches to it. Make sure only to prune the newly grown branches and not the old ones. Cutting important branches will stunt the growth of your bonsai tree.

Cannabis bonsai trees can be kept as long as the plant inside lives. Growers note that pure Indica strains wilt quicker than pure Sativa strains. The lifetime of cannabis plants as a bonsai is indefinite and would mostly depend on the type of cannabis strain used and the care provided while it was living. Ideally, Indica strains can live up to 4 years, hybrids up to 5 years, and Sativa up to 6 years.

The genetics of each cannabis strain is different; thus, certain strains would be better for “bud harvesting” or bonsai. Below are some of the best cannabis strains to use as cannabonsai. Their naturally short height is ideal for growing a cannabis bonsai tree.

Critical Kush Feminized is an Indica-dominant hybrid. Indica-dominant strains like Critical Kush have a bushy but short growth. This strain only grows as high as 4 feet. With that short maximum height, pruning the branches of your cannabis bonsai tree would be easy and a non-regular thing. The bushy feature of this plant refers to the complex and wild growth of its branches. The more branches a plant has, the more freedom when it comes to bonsai designs.

Critical kush as a cannabis bonsai tree can be grown indoors or outdoors. Homegrown Cannabis Co. has a Critical Kush feminized seeds version. Because they came from feminized seeds, the plant has an extra tolerance from too much pruning.

Caring for a critical kush strain-bonsai goes a long way in terms of style, plant health, and lifetime. As Critical Kush develops further, you’ll need to do something to achieve a good airflow. You can do this by regularly trimming the leaves, bending, and tying the stems.

White Widow is one of the most world-renowned dutch classic strains in the world. White Widow is a good hybrid balance of Indica and Sativa, particularly from Brazilian Sativa and South Indian Indica landraces.

When it first came out in 1994, the White Widow strain was awarded a first-place win in the High Times Cannabis Cup. It’s such a good -looking plant of conical and tapered buds that everyone wants one as their bonsai tree.

Caring for White Widow as a bonsai tree is pretty straightforward because it has an innate ability to withstand shifting temperature and humidity. Moreover, this type of strain is mold-resistant and is easy to train because of its medium height. The white widow is ideally grown inside because it tends to grow 6 feet outside.

In a controlled setting, this strain only grows as high as 3 feet and has a quick flowering cycle of 7 to 9 weeks. With cannabis bonsai care, you can keep the plant within 3 feet of stature or lower by pruning some of its newly grown mini branches and through wire tying.

The white widow can be grown in either soil or hydroponic setups. Additionally, it’s also adaptable for the Screen of Greenmethod. The Screen of Green method is used to train plants to grow horizontally, a must-have trait for beautifully growing cannabis bonsai trees.

« How to Prune Marijuana Plants and Boost Growth
What are the Medical Benefits of CBD? & What is CBG and how do you Extract it? »