How do Hybrid Weed Effects Differ from Sativa and Indica Effects? 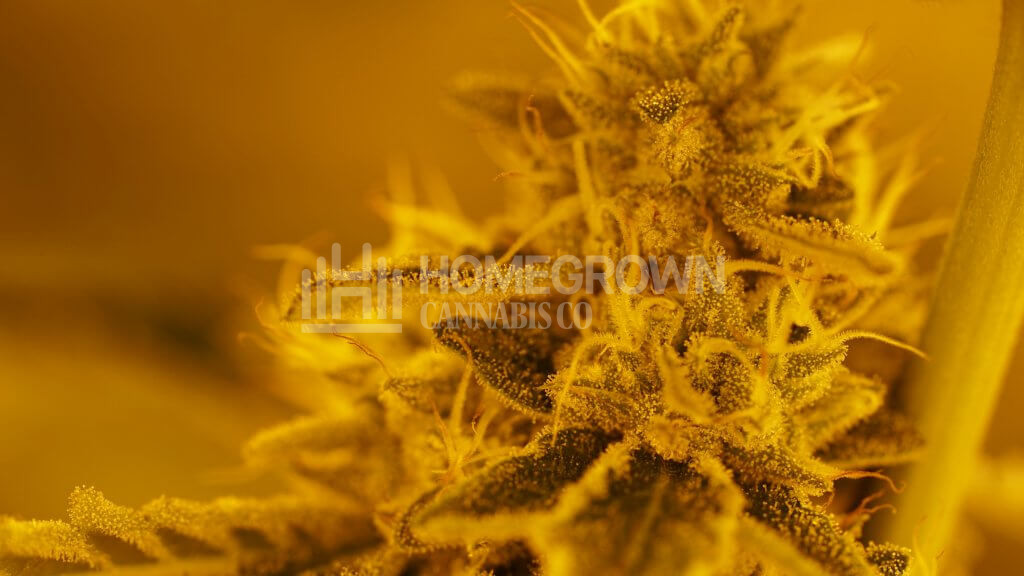 Before discussing the effects of different species of cannabis, we should first establish what these species are and how they differ. We hope that understanding the plant will help to give a clearer understanding of its effects.

As you’ll discover, if you don’t already know, there are many, many exceptions to almost every rule when it comes to marijuana. Therefore, we can only talk in generalized terms, when it comes to effects, medical uses, plant origin, etc.

To say that the Sativa or Indica species comes from one place, would be to ignore the fact that both have been traded and cultivated for centuries and are now common around the globe. For example, the Spanish Conquistadors brought cannabis seeds to Mexico, to cultivate hemp fibers for manufacturing rope and fabric, and whilst Mexico has been regarded as a major player in cannabis cultivation, the plant is not indigenous.

Where does Cannabis Come From?

Cannabis is possibly one of the earliest plants to be cultivated and it is thought to have been farmed in Japan pre-10,000BC. Certainly, there has been physical evidence of its use in Japan dating back to around 8,000BC and in China, around 5,000BC. It was a food source, a source of fiber for materials and later paper. It was also used in rituals and worship for centuries.

Its use in India has been recorded in manuscripts dated before 1,000BC and from there it crept across the countries and empires of the middle east and down into Africa.  The spread of hemp across the globe closely mirrors trade and the silk and spice routes.

Cannabis is commonly accepted to have originated in eastern Asia with cultivation throughout Indo-China.

How are there Two Types of Cannabis?

Just as ‘terroir’ and climate affects the characteristics of grapes and wine, so it did the cultivation and characteristics of cannabis. Although all cannabis is believed to have originated in Asia and the Indian Subcontinent, two notably different species evolved over time, perhaps through environmental influence.

The original East Asian cannabis strains were classified as Cannabis Sativa by Carl Linnaeus in 1753. The word “Sativa” is derived from Latin and simply means cultivated. Later, in 1785, Jean-Baptiste Lamarck published his description of the second species of Cannabis, which he named Cannabis indica. Indica strains spring from the Hindu Kush mountain range.

Whether Indica and Sativa are actually two separate species, rather than Indica being one of three subspecies of Cannabis Sativa, is still a matter of great debate.

Yes, we did just say three subspecies, because there is another one, Ruderalis. We’re not really going to go into any depth with Ruderalis because it has very low levels of THC and CBD and, therefore, holds very little benefit for either the medical or recreational user. Ruderalis is most commonly bred to create autoflower Indica or Sativa dominant strains.

Sativa plants are tall and thin with finger-like leaves, they can reach heights of 13ft or more. They may take longer to mature than most Indica, typically 60-90 days.

Potential boost to energy, focus, and creativity. A cerebral high and mind-buzz. Can help with depression and anxiety.

Often has higher THC levels and lower CBD content than an Indica.

Best used during the day and early evening, because of its potential energizing effects.

A deeply relaxing body-stone. Can reduce nausea, increase appetite, and help with insomnia, inflammation, and pain.

Most often has higher levels of CBD and less THC than a Sativa.

Without a doubt, best suited to nighttime use or days when you really don’t have anything to do.

There are a plethora of different strains of hybrid weed, with so many combinations of strain upon strain and hybrid crossbred with hybrid, that there is no way to list the traits of hybrids in general terms!

Hybrids are often grown in greenhouses and cultivated on farms and, as such, could come from anywhere in the world; although it is likely that most hybrids will hail from a country where marijuana is legal, if only for medical use.

The hybrid weed high is not so simple, however, and there are a lot of other factors that come into play. For example, Cinderella 99 has a hybrid high which leans more towards a ‘Sativa high’ too begin with, your standard euphoric and uplifting type of high. However, if continually consumed, hybrid side effects kick in and the Indica elements begin to take hold, relaxing the user greatly. As the high melts into a pleasant stone, users may also feel a full-body high or buzz.

If you’re looking at hybrid weed symptoms, besides the growth traits of the plant, it’s obvious from the varied effects that a strain is hybrid weed.

The plant description, growth period, effects, cannabinoid content, and ratio are all dependant upon the strains that parented the hybrid cannabis. Genetic traits are passed down to the next generation, just like in animals.

It is possible to obtain hybrid grass with almost no THC content, but a whopping great dose of CBD, such as CBD Ratio 1:30, which offers unparalleled CBD levels, as high as 30% and almost negligible levels of THC. This particular hybrid has been engineered to provide huge potential as medical marijuana for medicinal users.

Conversely, a strain such as Bruce Banner 2.0 has been bred to offer the polar opposite and boasts a THC content of up to 30%!  It is no surprise that it is often referred to as the ‘strongest strain on planet earth’.

If you consider one as the ‘Blue Corner’ and the other the red, thousands of hybrids exist to fight it out in between.  Just as in life, there are myriad shades of purple in the zone between the two alternatives and the trick is to find the one that works for you.

Three of the most awarded and popular hybrid strains are Jack Herer, OG Kush, and Blue Dream.

Jack Herer is a multiple award-wining strain that is described as “the perfect balance” between Sativa and Indica, displaying the most desirable traits of both.

OG Kush is probably the most famous strain on the planet, made infamous by west coast rappers. It’s a three-way cross of the highest quality and provides a fantastic lift together with deep relaxation.

Blue Dream is the lovechild of Blueberry, a big Indica, and the wonderful Sativa strain, Haze.  It produces a potent, euphoric high with bags of energy and focus, but is not jittery, thanks to Indica’s calming influence.

For decades, the widely held perception is that an Indica high will provide a heavy, physically sedating effect, often leading to couch-lock and eventually sleep. This body-high is quite often accompanied by a bad case of the munchies.

Similarly, it is a long-held belief that a Sativa high is intensely cerebral and predominantly a euphoric, mental buzz, partnered with increased energy, focus, and productivity.

However, it has been discovered that on a molecular level, there is very little difference between the two species, if any.  Certainly, there is nothing to suggest that one species should produce a different set of effects from the other. If they both originate from the same source historically speaking, this makes a lot of sense.

There are physical differences in the plants, which can perhaps be attributed to adaptation to their environment; thinner leaves offer less surface area for water evaporation in hotter climates, while shorter, sturdier plants suit rugged environments, etc. Still, it seems that these differences should not, and do not hold any influence over the effects and benefits of a given strain.

What Determines the High you get from a Strain of Cannabis?

Terpenes and cannabinoids are the main identifiers when we want to differentiate between strains of cannabis and the high you can expect, not Sativa or Indica. Sativa and Indica strains have been crossbred so often that there are very few pure Indica and Sativa strains left and available to consumers today.

With a deeper knowledge of terpenes, their flavors, and the ‘entourage effect’ comes the ability to hone and tailor-make marijuana strains that fulfill a certain set of requirements, be that for medical or recreational requirements.

As for the still repeated tropes surrounding Sativa and Indica, what is most likely is that demand for the ‘perfect’ Indica or Sativa experience has led cultivators to engineer ever more elaborate hybrids, to satisfy the expectations of the customer. Thus preconceived stereotypes and notions of what makes an Indica, Sativa or hybrid can be observed today.  Perhaps, even more apparent now, than when the notions of difference were conceived?

« How Can CBD Provide A Boost For Your Immune System?
A Beginner’s Guide to Making Hash at Home »