Cannabis Concentrates: What Is Live Rosin? 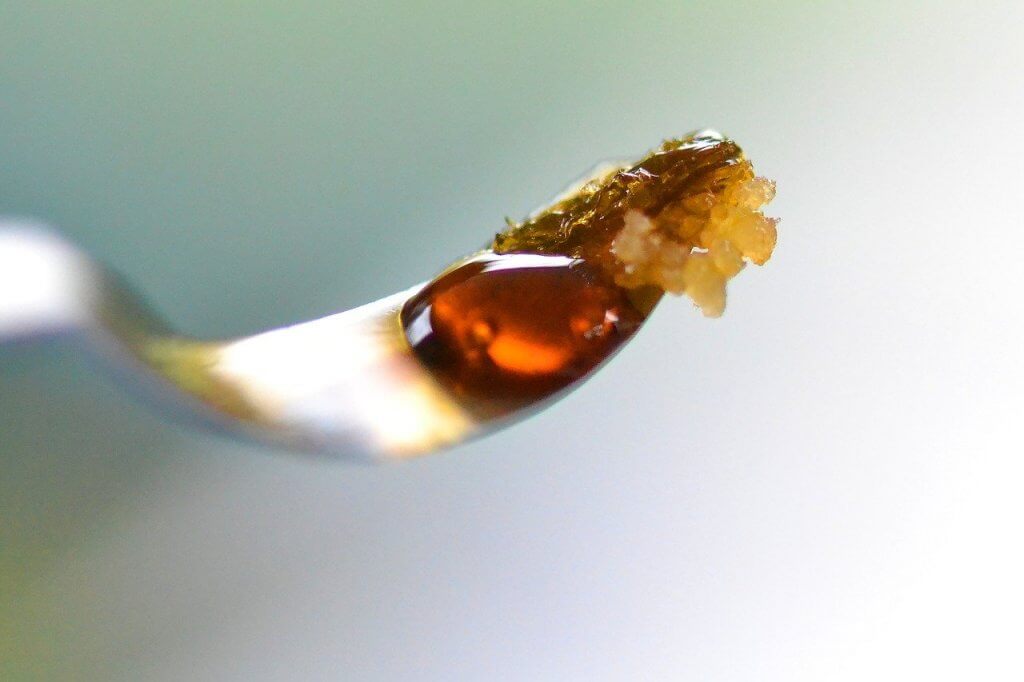 Live rosin is quickly capturing the hearts of cannabis lovers, why is this the case?

A big thing about cannabis concentrates is how they are extracted, this is what actually makes the difference between the types of concentrates that are available in the market today. All these methods are intended to extract tetrahydrocannabinol (THC) or cannabidiol (CBD) from the cannabis plant material in concentrated amounts. Sometimes harsh solvents such as butane are used for the extraction. Heat, water, and supercritical carbon dioxide may also be used. Distillate concentrates contain high amounts of THC or CBD. The type of strain that the cannabis concentrate is extracted from will determine the kind of effects that are produced.

Concentrates, as the name suggests, are highly concentrated in phytocannabinoid content. Consequently, they have a rapid onset and produce significant effects when consumed. They also have high bioavailability but this also depends on the consumption method.

What are Cannabis Concentrates And Extracts?

Cannabis extracts are made by passing a solvent through the cannabis material to extract the desired phytocannabinoid such as THC or CBD. The phytocannabinoids are found in the resin glands that appear as white sparkly crystals on the surface of the cannabis flowers. These glands also contain aromatic essential oils that are known as terpenes. Once extracted, cannabis concentrates can be made into different products.

Cannabis concentrates are named according to their textures. For example, shatter which is a popular concentrate has a glass-like consistency that shatters when force is exerted on it. Crumble on the other hand has a crumbly texture.

Below is a taste of what the different cannabis concentrates are like:

This concentrate has a glassy texture that breaks easily. It may also have a “pully” consistency and in this case, it is referred to as taffy.

Also known as badder, this concentrate has an oily texture that’s malleable. This makes it easy to smear on blunts or joints or to use on a dab rig. Most times the color will be yellow or bright orange.

This is a crumbly version of budder with a honeycomb consistency. Compared to budder, crumble has a duller shade of yellow.

Sugar is also known as sauce or crystalline. This concentrate has a sappy sugar-like consistency and the color is usually between deep yellow and amber. The sauce, however, is thicker and has a prominent crystalline structure. Crystalline on the other hand has a crystal structure and the consistency will range from powder form to small rocks. THCA and CBDA crystals are now popular forms of cannabis.

How Are Cannabis Concentrates Made?

This is a simple extraction method where the trichome glands are separated from the cannabis plant material using a physical force in actions such as shaking or pressing. In a simple way, you can compare this to shaking an orange tree so that the oranges can fall down and then you collect them. When it comes to cannabis dry sift, the plant matter is shaken through sieves of varying sizes to ensure that only the resin glands get to the final stage. This is then collected and processed further to make different kinds of cannabis concentrates. For rosin, the trichomes are subjected to heat and pressure to squeeze out all the desired compounds. The general concept here is the use of mechanical force and not a solvent to extract the cannabinoids and terpenes.

This is very relevant information for the next segment on how live resin is made.

All types of solvent extraction have the same underlying principle: a liquid solvent is passed through the cannabis plant matter to separate the active compounds from the trichome gland. The solution obtained is further refined until the desired compounds are left behind.

When using flammable solvents such as butane is advisable to use closed-loop extraction systems, where external conditions can be controlled.

Time is ripe to get to live rosin, so let’s get started.

Rosin is not the same thing as live rosin. However, the two are interrelated. Rosin is a less refined version of live rosin. Unlike other concentrates that are processed using solvents, rosin is made using an apparatus that is known as a rosin press. At home, it can be made using a hair straightener that works in a similar mechanism to a rosin press. In this method, heat and pressure are used to separate the cannabinoids from dried cannabis.

What is Live Rosin?

Live rosin is a finer version of rosin. It is made by first cryogenically freezing cannabis buds and later subjecting them to a rosin press. The freezing helps to preserve the natural compounds in the cannabis plant material and hence a higher yield of cannabinoids and terpenes. This affects the flavor and the aroma of the concentrate. It also enhances the entourage benefits.

This is an opaque golden-colored concentrate that has a sappy or crumbly consistency. The color is influenced by the strain of cannabis as well as the extraction process. In some cases, the color may range between creamy and vivid yellow.

It is easy to mistake live resin with live rosin. However, the two are very different compounds. Live rosin, as discussed above, is made from frozen cannabis buds without the use of a solvent. While live rosin is made using heat and pressure, live resin is made using a solvent such as butane hash oil. Because of the “gentler” extraction method, live rosin is believed to be safer and contain more cannabinoids and terpenes.

How is Live Rosin Made?

Rosin was discovered in 2015 accidentally by a California grower called Phil “Soilgrown” Salazar. Phil used to press his hash into thin sheets to make it easier to use using a hairdryer. One day he used excessive pressure and discovered that rosin was leaking from the sheets, and that is how rosin was birthed. What we have today are mere modifications of the original formula that was developed by this Californian grower.

Currently, rosin is made commercially using an industrial rosin press which is used to apply heat and pressure to the plant material. First, the cannabis is frozen into ice wax. This is done using processors. The frozen buds are placed in several micron filter bubble bags. The bags have to be arranged in increasing size to maximize hash separation.

The buds are then mixed with water and agitated to separate the trichomes. The trichomes fall and collect at the bottom of the bags. They are then collected and pressing begins. This is usually done at a temperature of around 210º F. This creates the one of the purest forms of cannabis concentrates that are in the market.

How Is Live Rosin Consumed?

Live rosin is consumed just like other cannabis concentrates. However, some methods may produce better results as compared to the rest.

Dabbing is a popular way to reap the psychoactive benefits and flavor from your live rosin extract. This is done using a dab rig (glass or electronic), a dabber, and of course your live rosin. Start by lighting up the nail and placing the dab inside. The dab rig should be heated to low temperatures that are between 500 and 600º Fahrenheit. This helps to retain the product’s full flavor. Go ahead and inhale just like you would do with a water pipe/bong. Be careful of some potential dangers of dabbing if you are going to choose this method of consumption.

Vaping is an exciting and fun way to enjoy your live rosin. Unlike dabbing, this method does not involve combustion and may involve the use of disposable vape cartridges. However, you will still be heating and inhaling the cannabinoids from the plant material.

What you need to vape live rosin is a vape pen and vape cartridge with your extract.

Vaping offers the most convenient and portable option for consuming cannabis live rosin. The most popular way to vape is by the use of a pre-filled cartridge that comes attached to a battery. The cartridge usually has a heating element that when turned on heats the concentrate and melts it. This battery-and-cartridge put together make up the vape pen. Most vape pens will have a button for turning on and off. For those that lack a button all that is needed is to take a puff from the vape pen or the cartridge. Once exhausted this cartridge cannot be pre-filled but has to be discarded and replaced with a new one. The battery can be used many times and with time it may need replacement.

This option allows you to use cannabis concentrates in a more discreet and portable way. This device is handheld and can easily fit into small luggage. A chamber is filled with live rosin and attached to the battery of the vaporizer. The chamber will have a heating coil that when turned on will heat the concentrate and turn it into a vapor. This is operated using a button. The equipment used, unlike dabbing, is not bulky. However, the effects produced are very similar without combustion taking place.

You can actually make your own CBD and THC vape oil relatively easily, therefore it shouldn’t provide too much of a hassle to take the next step to live rosin, once you’ve mastered the basics at least.

Smoking live rosin can give you the much-coveted high you’ve been looking for since it is loaded with THC or CBD. The cannabinoids hit the bloodstream soon after you take your first puff. The effects are felt almost immediately. However, the combustion involved may degrade the cannabinoids like CBG and terpenes and hence diminish the effects and flavor of the live rosin.

How to Store Live Rosin

Live rosin needs to be stored like any other cannabis concentrate; that means in a cold and dry place and away from direct sunlight. Opaque containers will limit the amount of light getting to the live rosin and are therefore recommended.

How long does live rosin keep?

Typically, expect live rosin to keep for about 72 hours before it starts to degrade. But it can keep for longer if it is well winterized.

This wraps up our discussion on live rosin as one of the emerging cannabis concentrates that is taking the market by storm. Being a solventless-based cannabis extract it is likely to attract a huge following. The higher concentration of terpenes, full flavor and aroma, and increased synergistic effect makes it all the more endearing.