Why Packed Weed Is Better Than Rolled Weed 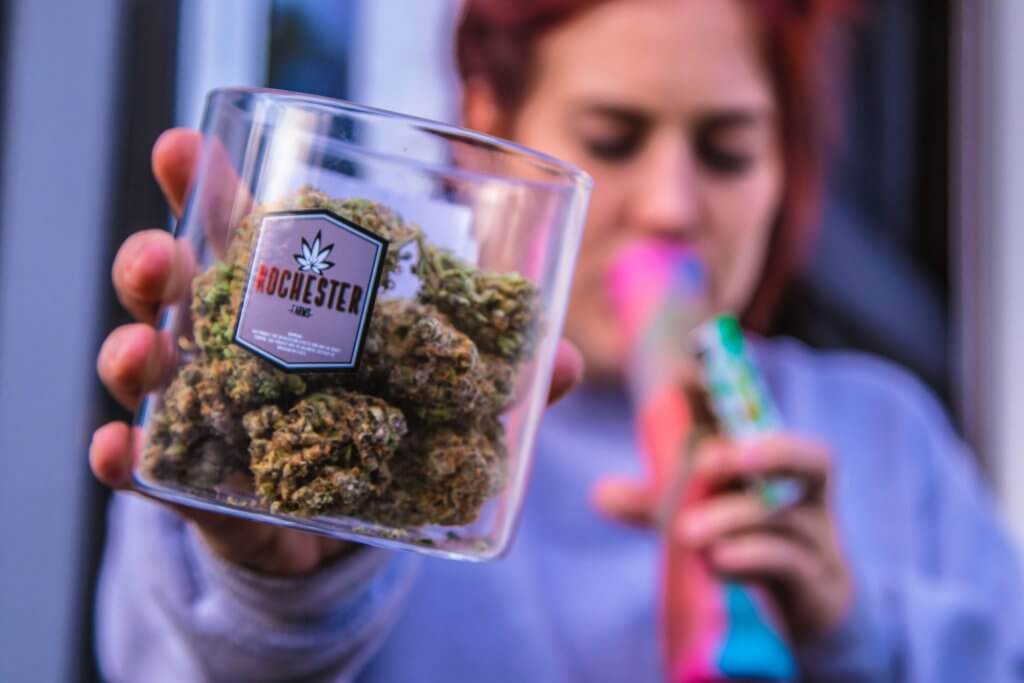 Smoking marijuana sticks and using bongs are among the most popular and traditional ways of consuming cannabis. The two approaches have often been compared in the conquest of determining which method is better. While each has its benefits and drawbacks, it could be said that in a number of ways, water pipes surpass what rolled weeds could offer.

Bongs, also referred to as water pipes, are customary paraphernalia for smoking ground herbs. Its main selling point is its water filtration system that enables bongs to produce dense, clean, cooled, and smooth vapors. The water traps any impurities while simultaneously cooling the smoke. Thus, the resulting hits are pure bliss of clouds brimming with cannabinoids and terpenes.

Water pipes are usually made of sturdy borosilicate glass that comes in various shapes, sizes, colors, and other materials. Often, its appearance bears similarities with a small-scale hookah. But since its overall structure is continuously evolving with modern times, a bong’s designs and features are continually being upgraded too. It could also be equipped with various nifty accessories such as ash catchers, percolators, ice catchers, and the likes for an enhanced experience.

On the flip side, no matter how magnificent a bong might seem, it is not without flaws. Compared to joints and blunts, water pipes are bulky and hence, not portable. Although it is made of fortified glass, it is still fragile and risky to bring along during trips for it might break if mishandled. Its size also makes it cumbersome and difficult to store. Apart from that, it requires maintenance and must be kept pristine. Otherwise, it could be a breeding ground for molds and other disease-causing pathogens.

The Basics Of Joints, Blunts and Spliffs

In general, there are three methods of rolling cannabis sticks namely: joints, blunts, and spliffs. All three contains weed, but each differs in terms of other content and the type of rolling medium used.

Joints are the most traditional and popularly smoked variant. This stick contains pure ground herbs rolled in a paper made from hemp or flax seed among others. Meanwhile, both blunts and spliffs involve the use of nicotine. Blunts use either tobacco wraps or hollowed out cigars in containing the ground herbs whereas spliffs are basically hybrid joints for it includes ground tobacco with weed rolled in paper.

Due to the presence of nicotine, spliffs and blunts have the distinctive sweet taste of tobacco. Additionally, the nicotine adds an initial head rush and a pleasant buzzing sensation along to the cannabis’ mind-altering effects. Joints, on the other hand, solely depend on the usual taste and psychedelic impacts of weed.

All rolled weeds have the advantage of size over bongs. Its small size makes it portable and easy to store in case of emergency. Its discreetness is also commendable for it could be easily mistaken as a tobacco cigarette. In addition, the scent it releases is not as odorous as the fumes emitted by bongs. Aside from that, cannabis rolls do not have the burden of frequent maintenance and fragility. Once it is used up, it just can be discarded.

Why Packed Weed is Better

Smoking cannabis out of bongs offers several benefits that make it more preferable to use in certain situations. Aside from the smoother, cooler, and denser hits it produces due to its added water filtration process, it is also more advantageous than rolled weeds in terms of longevity, cost-effectiveness, ease of us, and aesthetic appearance.

Due to the lack of filtration, joints, blunts, and spliffs tend to emit harsher smokes that irritate the throat and dries the mouth. In some cases, it even causes coughing fits.

Such predicaments can be avoided by using bongs instead. This is because it uses water to cool down the smoke. It is also possible to add percolators and ice which further cools down the vapor and effectively makes it milder and smoother to inhale.

Bongs, especially ones made from glass, produce purer and cleaner smokes compared to other methods of inhalation. Its main selling point is its water filtration system that effectively locks in toxins and other impurities such as tar, resin, and ash in the water before it gets inhaled into the lungs. Thus, preventing respiratory complications from ensuing. This makes bongs one of the healthiest method of cannabis consumption.

On the other hand, smoking weed rolls entail inhaling the harsh smoke directly into the lungs. This smoke is inevitably riddled with ash and other toxins. Although filters can be used in an attempt to trap these impurities, it is not guaranteed to be as effective as the water in bongs. It also does not help that the filter gets continuously moistened due to its contact with saliva. This reduces its ability to hold off toxins, thereby rendering it inferior when compared to bong’s efficient and ingenious filtration system.

Bongs produce satisfyingly thick and rich smoke that may even be too much to handle for beginners but is a welcome challenge to the veterans. The good thing about bongs is that it is possible to control the amount of smoke intake by will so that beginners can draw smaller rips. Moreover, glass bongs do not contaminate nor alter the flavor of the smoke that passes through it. Hence, the flavor and aroma of the strain will undoubtedly shine through when smoked in water pipes.

In comparison, joints, blunts, and spliffs tend to produce thin smoke that has to be drawn in every time. Moreover, combusting the rolling paper influences the flavor of the smoke and adds a burnt taste to it. Therefore, the flavor and aroma of the buds are not entirely pronounced.

With proper handling and maintenance, bongs can remain functional for many years. After all, the materials it is made of were specifically selected to help make it durable and heat resistant. Even if most are made of glass, it can outlast any rolled cannabis that is immediately disposed of after use.

Since bongs have the advantage of multiple uses, it is also an economical choice because it saves money and other resources in the long run. After the initial investment, the only expense is spending on high-quality buds and nothing else. In the case of rolled weeds, consumables such as rolling papers, butane lighters or hemp wicks must be continuously bought and replenished. It goes without saying that this entails a significant cost, especially when purchasing high-quality papers and wraps.

Although it might seem intimidating at first, smoking weed is actually a lot easier when bongs are used. All water pipes follow the same simple mechanism, regardless of its type or style. Once the bowl is already packed, and the bong is filled with water, all that’s left to do is ignite the buds and relish the wondrous smoke from the mouthpiece.

On the contrary, rolling weed is undoubtedly a daunting task for beginners. It takes tons of practice and patience to master the art of rolling weed. If done incorrectly, the stick might have “runs” that could render it unusable.

Since glassblowing became a trend, bongs became more than just a smoking apparatus; it became a medium for artistic expression. This is evident in the creativity reflected on the different designs of bongs in all shapes and sizes. From the wild styles of painted bongs to the intricate tube-works of a dragon glass bong – there is a grand variety to choose from that is suitable for all sorts of preference and lifestyle. In turn, this adds a sense of satisfaction which, in some ways, enhances the smoking experience.

Personal Preference Is The Deciding Factor

Water filtration is the key player that makes bongs more preferable than any type of rolled weed. This purification system enables the apparatus to flush out toxins, all while providing richer, smoother and cleaner smokes for an enhanced smoking experience.

A bong’s structural material, which is made intentionally to last, is also one of the reasons why it is better than joints, blunts or spliffs. Apart from that, its longevity also contributes to its cost-effectiveness by limiting the expenses to just buying high-grade herbs. Operating a bong is likewise easier to learn compared to rolling cannabis in papers. The equipment has a straightforward approach that does not need any advanced skills. Not to mention, bongs also provide the luxurious feeling of aesthetic gratification because of its artistic variations.

Despite their differences, it must be noted that packed and rolled weed can both accomplish the goal of consuming cannabis: to benefit from its psychedelic and therapeutic effects. Hence, at the end of the day, personal preferences and the resources at hand will always be the determiner of which approach is best to use.

« Kratom: Is It More Useful Or Harmful?
How To Make Dabs Using Rosin Tech With Hair Straightener »