Is Weed Legal in Alaska? 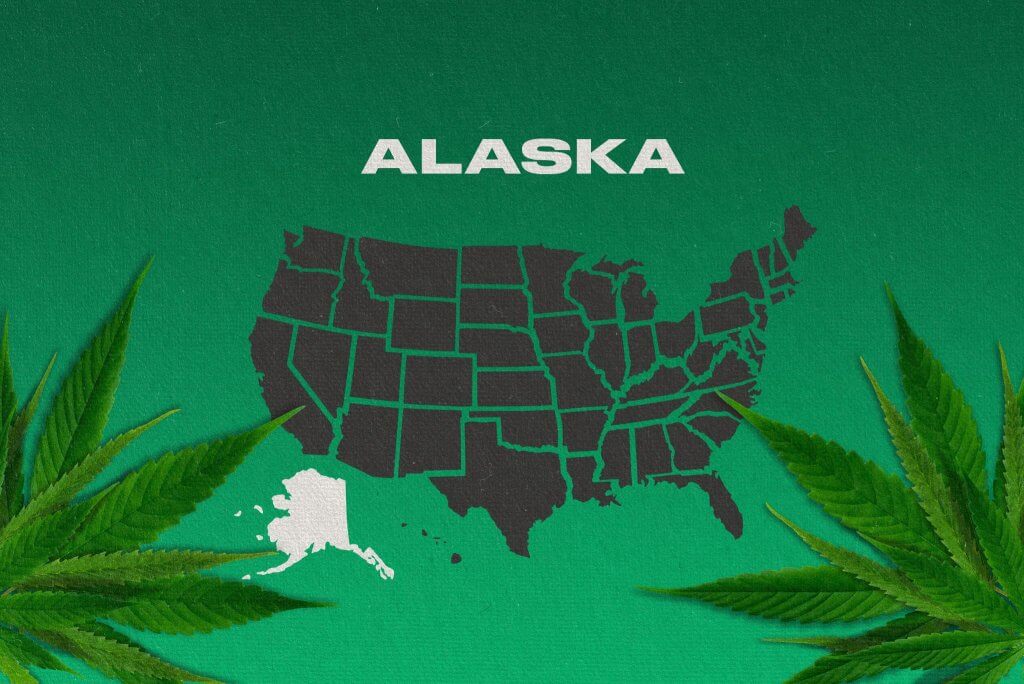 Alaska is home to 17 of the highest peaks in the United States, including the largest summit in North America—Denali. Is weed legal in Alaska, and can you get as high as these enormous mountains?

Is marijuana legal in Alaska for medicinal purposes? Yes, medical marijuana is legal in the Last Frontier State.

The conditions that qualify for medical marijuana in Alaska are as follows:

Once you receive your medical marijuana card, Alaska weed laws state you can possess one ounce of usable cannabis product.

In 2014, 53% of voters passed Measure 2, or the Alaska Marijuana Legalization Initiation, making it the third state to legalize cannabis fully. The law went into action in February 2015.

What is the legal limit of marijuana in Alaska?

Under Alaska weed laws, adults older than 21 can possess up to one ounce of cannabis in public. If an official catches you with more than one ounce but less than four ounces, they can charge you with a misdemeanor, which potentially gets you up to one year in jail and a $10,000 fine.

When you possess more than four ounces of pot, the state considers it a felony, and you can receive up to five years in jail and a $50,000 fine.

Weed is legal in Alaska, and the Alaskan Supreme Court decided that the amount of marijuana you possess in your home is protected by the right-to-privacy provision. If you have more than one ounce but less than four ounces, an officer can’t search your home, and you can’t get in any trouble.

Per Alaska weed laws, if you have any marijuana within 500 feet of a school or children’s center, an officer can charge you with a felony. This offense can get you up to five years in jail and a $50,000 fine.

Is buying cannabis legal in Alaska?

Under Alaska weed laws, or Measure 2, adults older than 21 can purchase cannabis for recreational use from a licensed retailer.

You can buy up to one ounce of dry herb or 0.25 ounces of marijuana concentrate. You can buy cannabis seeds online as well.

Customers must have a valid ID and use cash as per Alaska weed laws. There’s no sales tax on pot purchases. However, the retail prices of marijuana products have a built-in $50 per ounce tax the law imposes on growers who sell to dispensaries.

Since weed is legal in Alaska, there aren’t any dispensaries that specifically sell medical marijuana. Instead, patients can buy their supplies at any licensed cannabis retailer. If they’re younger than 21, their legal guardian must purchase it for them.

Look to buy marijuana products from the flowers of Northern Lights feminized seeds, as they contain around 18% THC and 0.2% CBD.

When you consume the buds from these feminized seeds, they soothe and relax your body while giving your mind a cerebral buzz. If you smoke the dry herb, it fills your mouth with a refreshing evergreen taste that has hints of sweetness and spice.

Can I grow my own cannabis in Alaska?

Under Alaska’s weed laws, recreational and medical cannabis growers can have up to six pot plants. Three of these can be flowering, but the rest must be immature.

Every household can have up to 12 marijuana plants, with six or fewer flowering at a time if more than one adult lives there.

All cannabis plants must be out of sight from the public.

Since growing weed is legal in Alaska, we recommend growing autoflower seeds in the USA because of the inconsistent light. Some towns only receive less than four hours of sunlight during the winter solstice.

This climate can ruin a marijuana harvest, as plants need lots of light to grow.

Opt for Lowryder autoflower seeds when growing marijuana in Alaska. These cannabis seeds don’t mind a cooler environment, which is typical in the Last Frontier State. They’re perfect marijuana seeds for beginners because they’re small and can grow almost anywhere.

When you consume the buds from this strain, you feel energized, uplifted, and relaxed. These weed seeds contain 14% THC and 0.2% CBD, boasting a citrus and pine taste.

Is cannabis consumption legal in Alaska?

Is it legal to smoke weed in Alaska? Yes, you can legally consume any form of cannabis in Alaska.

Under Alaska weed laws, you can only consume cannabis on private property or a place with an onsite consumption endorsement.

You can’t consume marijuana in public places or in a motor vehicle. Landlords have the right to make their own rules about consuming medical and recreational weed on their property.

When will marijuana be legal in Alaska?

Since February 2015, residents and visitors in Alaska have legally been allowed to purchase, possess, consume, and grow cannabis. Alaska’s weed laws are straightforward and relaxed compared to many other states.

We don’t predict any immediate changes to these laws, but we can’t make any promises either.

Understanding the states where marijuana is legal can be a headache, so it’s important to stay current as legislation changes.

Recreational weed is now legal in more than 15 US states, including Alaska, California, Washington, Oregon, and Nevada, with more to change their rules in the coming months. You can find out all the latest updates regarding legalization here at Homegrown Cannabis Co.

« What Are The Weed Seasons? Find Out the Best Time to Start Your Grow
Is Weed Legal in Delaware? »