Is Weed Legal in Arkansas? 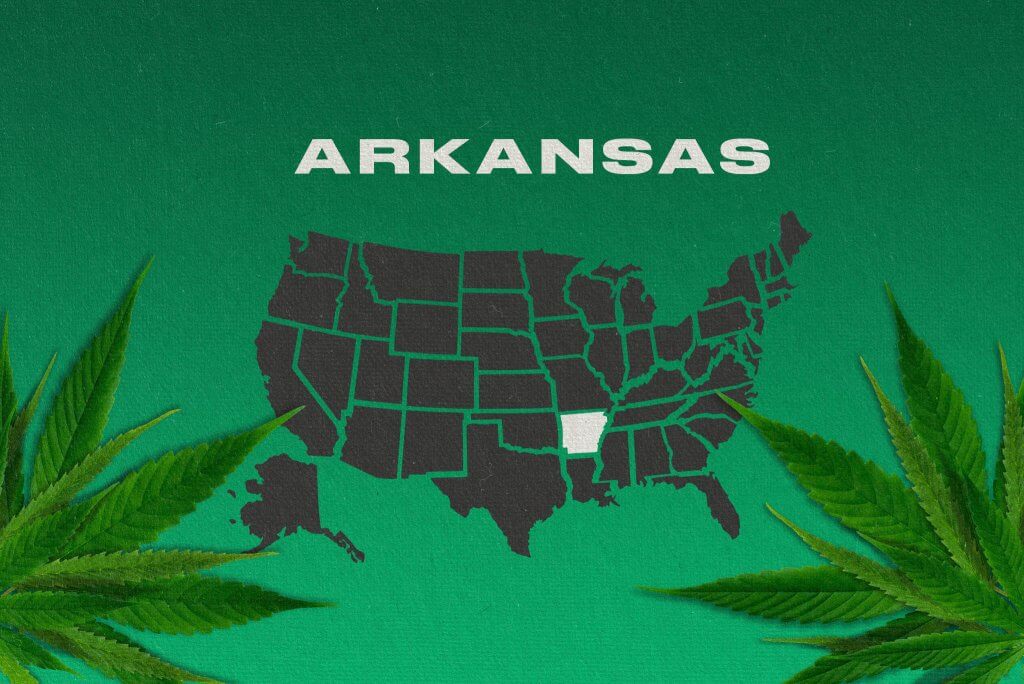 Arkansas, or ‘the Land of Opportunity,’ is home to immense natural beauty and a profoundly religious Bible Belt population that leans heavily on the conservative side of things. Unfortunately for us, it takes progressives to make a state 420 friendly. Let’s dive into the question you’re here for – is weed legal in Arkansas?

The area has come a long way since its participation in the Civil War on the Confederate front. It’s still on shaky legs when it comes to accepting a more open-minded lifestyle, though.

Here are the factors to keep in mind before you go weed seed shopping!

The Arkansas marijuana laws in 2021 are among the most restrictive in the country. The state’s reactionary attitudes towards weed are lagging behind the general trends in the US.

We’re hoping that this red state comes to its senses soon, but here’s where we stand at this point.

Is recreational weed legal in Arkansas?

Smoking weed for recreational purposes is a criminal offense in Arkansas. The state criminalized marijuana in 1923. Unlike its neighbors, it failed to decriminalize, let alone legalize it since then.

If you get caught with weed for the third time, and you’ll have to pay even more and spend up to six years behind bars.

Is medical marijuana legal in Arkansas?

Arkansas medical marijuana laws are a bit looser than the ones restraining recreational stoners. While you can’t expect to find high-THC seeds in the country, you could get your hands on a strain known for its therapeutic purposes.

The law passed the ballot in 2016, but the first legal Arkansas marijuana dispensary opened in 2019. There are over 68,000 users today.

Legislators in 2021 might introduce additional restrictive measures to the program, but there’s nothing too severe on the horizon.

Is buying cannabis legal in Arkansas?

Yes, but only from a registered dispensary with a valid medical card. If you want to buy weed seeds in Arkansas, you may, but germination puts you in potential trouble.

Can I grow my own cannabis in Arkansas?

Don’t rush to get some exciting cannabis seeds delivered to your doorstep in Arkansas.

Even cardholders can’t grow weed at home—all cultivation counts as a felony in this state. Depending on the amount, the state might see your charge as possession or possession with intent to deliver.

Is cannabis consumption legal in Arkansas?

Arkansas legal weed exists in flower, concentrate, and edible forms. It’s available only to those who meet the medical use criteria the state sets, though.

As of now, you must have a qualifying condition with a physician certification and be over 18 to get a card.

Patients under 18 can get a medical pass with parental consent. Also, members of the US Military and the Arkansas National guard cannot qualify.

The state controls which conditions qualify you for a card. Diseases for legal marijuana in Arkansas are:

Anxiety and other mental health issues don’t fall under the purview of medical marijuana treatment, yet another testament of the need for a more progressive state government. You can petition for other conditions added to the list, too.

You can get 2.5 ounces once every two weeks as a cardholder, but no more than that.

Be careful where you consume your weed. You might get in trouble if you smoke in:

When will marijuana be legal in Arkansas?

There was an attempt to legalize recreational cannabis for everybody over the age of 21 in the summer of last year.

It would also let Arkansas stoners pay a visit to our marijuana seed bank and start cultivating up to six seedlings and six mature cannabis plants.

Marijuana would, of course, get taxed accordingly, with the revenue going towards school programs and universities. Reasonable, isn’t it? We think so, too, but unfortunately, the Covid crisis put an end to the initiative.

How likely is it that marijuana will become legal in Arkansas?

The most recent point of focus is a push for decriminalization. Another vote to make marijuana legal in Arkansas is brewing for the 2022 ballot.

The signature collection is still slow, but the propositions will make any stoner smile, and many people are on board with the suggested leniency. The 2022 Initiative is the most promising one so far.

Is weed legal in Arkansas? Unfortunately, not for most of us. Will it become legal in the future? We believe that the answer is yes.

We’re glad to see that at least medical users get to take advantage of this incredible plant. Still, we hope that the government lets others enjoy the benefits, too.

The best we can do now is wait and see. Stay tuned to Homegrown Cannabis Co. and follow the latest news from weed legality across U.S. States and the world of weed. Fingers crossed that you get to join the party very soon.