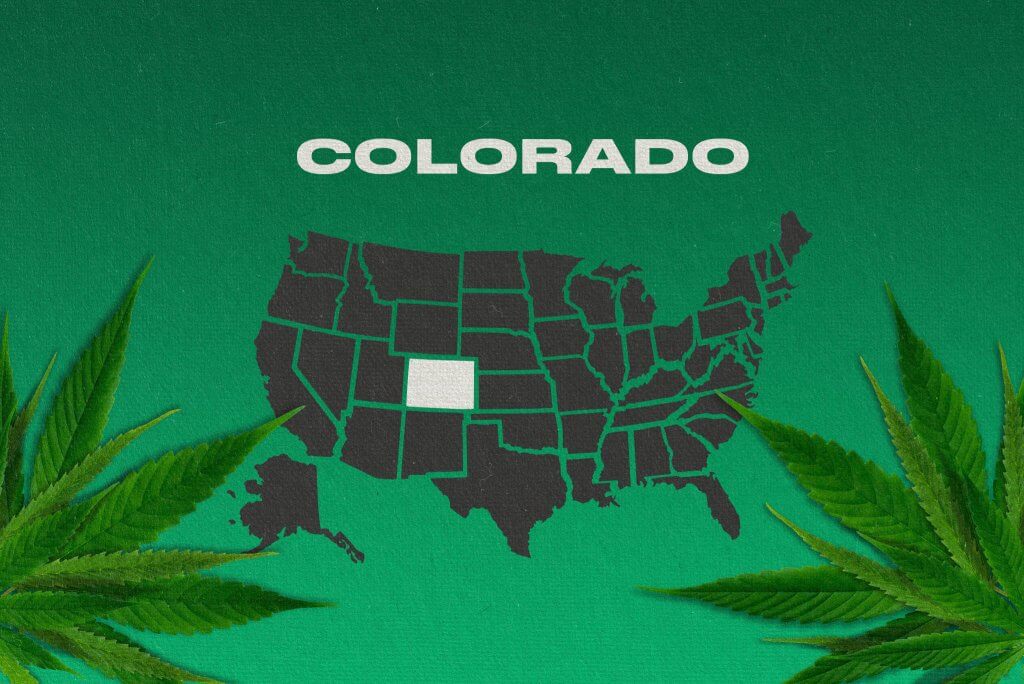 Being on a high in the state of Colorado doesn’t only refer to this state’s level above the sea. It also refers to the fact that they have legalized marijuana for both adult and medical use. So in case you’re wondering “is weed legal in Colorado?”, the answer is yes!

Many other things are high in Colorado that are worth celebrating, like having the highest suspension bridge in the world, and it’s one of the highest cities in the U.S.

Something else that they can brag about is having weed legalized in Colorado.

Let’s have a closer look at the Colorado marijuana laws and regulations.

Colorado’s legal weed age is 21 and older. The Centennial State’s weed laws allow you to possess, buy, or share with another adult, a maximum of 1 ounce of weed.

The following are the penalties for exceeding this limit:

Possession with intent, distributing or transferring.

After all, is weed legal in Colorado to everyone? Well, if you’re under 21, then it’s illegal for you to purchase, use or even have marijuana in your possession.

Furthermore, if anyone sells, distributes, or transfers weed to a minor, this will be regarded as a felony and the penalties will be much harsher than mentioned above.

Is buying cannabis legal in Colorado?

Although purchasing cannabis in this region is legal, the Colorado marijuana law permits you to only buy from a state-licensed retailer. You’re allowed to receive weed as a gift from a friend, provided it isn’t more than an ounce.

Make sure to purchase seeds from a legal dispensary.

When buying any marijuana products, you need to produce a valid form of identification to verify your age. The cannabis laws in Colorado also stipulate that these retail stores are only allowed to trade between 08:00 and midnight.

Not all medicinal marijuana in Colorado available at dispensaries is sold for recreational use. Patients with a medical card and between 18 and 21 years are only allowed to purchase cannabis for medicinal purposes.

Can I grow my own cannabis in Colorado?

Colorado marijuana cultivation laws allow those 21 years and older to grow cannabis. Besides the age restriction, you also need to be a resident of the state to grow weed.

When cultivating weed, you need to ensure that you don’t exceed the six plants limit. If you’re growing marijuana for medical purposes, then the limit is 12 plants.

The weed laws in Colorado further states that it’s a felony to grow more than six plants. Any amount between six and 30 can get you a six-month to a two-year prison sentence and/or a $100,000 fine.

For those overachievers who feel that 30 plants aren’t quite enough, growing more than 30 can get you a $500,000 fine and/or two to six years in prison. To avoid all this, stay on the right side of the Colorado marijuana law and stick to the rules.

The area in which you grow your weed must be enclosed and locked. If you’re looking to start cultivating your own crop, shop online at Homegrown Cannabis Co.

Is cannabis consumption legal in Colorado?

Pot laws in Colorado allow you to consume your favorite plant legally. However, this can only be done in private and not in the open public.

The law further indicates that public places such as train stations, schools, sports venues, or rooftop cafes are off-limits. Besides enjoying the consumption in your home, certain venues have been licensed for marijuana use.

If you’re renting your home, it’s best to first consult with your landlord before consuming any pot on their property. Another area where you should not use weed is your motor vehicle.

It’s illegal to consume any form of cannabis while driving. You’re also prohibited from driving while under the influence. If you’ve consumed pot while at home, it’s advisable to wait at least eight hours before operating your vehicle.

Medical marijuana has been legalized in the state. To purchase medicinal marijuana in Colorado, the patient will need a medical card. You must renew these cards annually.

Patients can make an application for the medical marijuana card online with the Medical Marijuana Registry. According to the Colorado marijuana laws, they need to be diagnosed with one of the qualifying medical conditions to receive this card.

The approved conditions are:

The medical marijuana laws in Colorado further indicate that if the patient is a minor, then their parent or an appointed guardian must apply for the medical card. If the person has a caregiver, then a card will be issued to both.

The caregiver should be 18 years or older and, along with the patient, be a resident of the state of Colorado. They can make purchases at a licensed dispensary.

The Colorado marijuana cultivation laws allow qualifying patients to harvest their own crop. They can grow more than the limit set for recreational growers if recommended by their physician.

The following points are important to remember when it comes to Colorado recreational marijuana laws.

It’s quite clear that as a marijuana consumer, whether medical or recreational, it’s important to familiarize yourself with Colorado marijuana laws and regulations.

Although weed is legal in Colorado, it’s interesting to note that, at the time of writing, the surrounding states, Nebraska, Oklahoma, New Mexico, Kansas, and Utah, have only legalized marijuana for medicinal use.

Wyoming, another neighboring state, has yet to free its pot users and perhaps implement some of Colorado marijuana laws. To keep abreast of any new developments regarding marijuana legality in all U.S. states and others, visit Homegrown Cannabis Co.