Is Weed Legal in Connecticut? [Updated 2022] 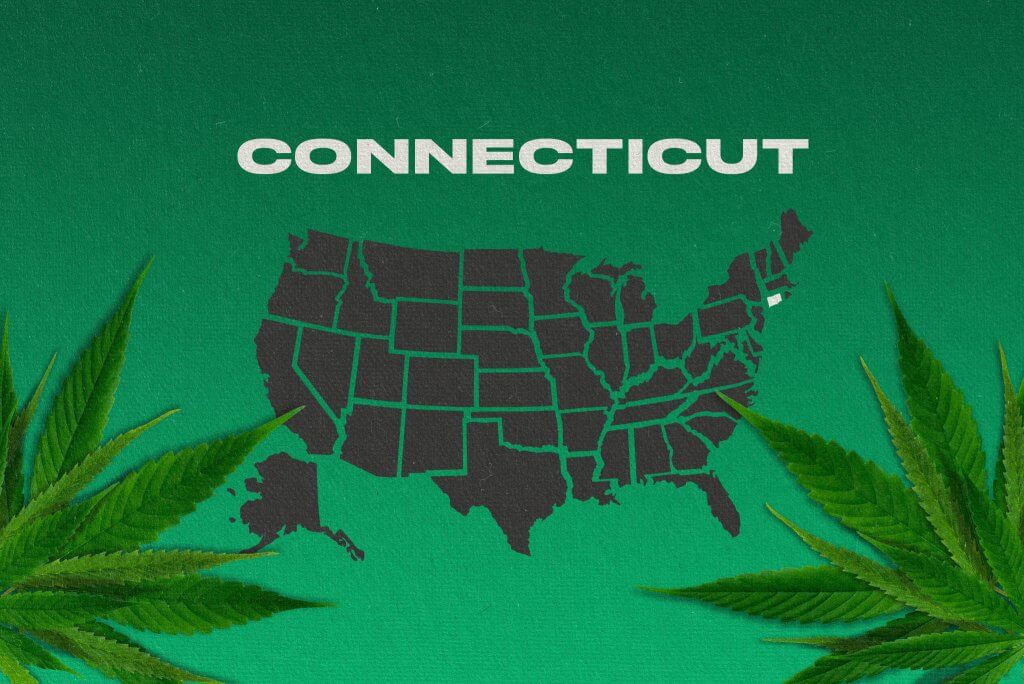 You would assume that Connecticut, which is famous for birthing many inventors and great thinkers, would be open to the medical and economic benefits of legalizing weed. Shockingly, this has only just become a reality. We can finally answer the question, ‘Is weed legal in Connecticut?’ with a resounding yes!

Let us guide you through all you need to know about the new Connecticut marijuana laws so that you light a pipe within the law.

Connecticut lawmakers came to their senses and approved the recreational use of weed in the Constitution State on July 1, 2021. So, according to marijuana laws in Connecticut, you can officially get high in the State as long you are 21 years and above.

Retail marijuana stores will only open in May 2022, but it could be a while before all systems are in place and licenses issued. The police, state troopers, and local municipalities are still trying to understand how to deal with the effects of Connecticut’s legal marijuana.

Connecticut medical marijuana laws have overturned this restriction, as you’ll be able to grow at least six cannabis plants at home as an adult from 2023.

Even more exciting news is that if you were convicted of possession of marijuana of 4 ounces or less before January 1, 2000, or from October 1, 2015, to June 30, 2021, you could have your conviction erased from the records.

These redemptive policies of the marijuana laws in Connecticut are progressive, modern, and worthy of emulation by other federal systems in the country.

Marijuana laws in Connecticut place limitations on advertising to ensure that cartoons aren’t used in advertising to appeal to young people under 21 years. Businesses that sell cannabis can’t sponsor an event where 10% of the audience is under-aged.

Is buying cannabis legal in Connecticut?

Not yet. Keep an eye out for more updates on our blog. Although it’s now legal to purchase cannabis, the first marijuana retail stores are yet to open.

However, lawmakers are predicting that Connecticut legal marijuana will be available in licensed stores from May 2022.

This date might seem a bit far off, but don’t be discouraged because at least cannabis use is legal. Other states in the country haven’t even crossed this first hurdle.

After that, the State will award licenses to sell Connecticut legal weed by lottery. The fees to enter the lottery will vary depending on the nature of your business. Whether you’re a store owner or you’re applying for a marijuana cultivation license.

If you’re already selling medical marijuana, you could pay between $1 million–$3 million to sell Connecticut legal weed with a recreational marijuana license.

Can I grow my own cannabis in Connecticut?

Not just yet, but you’ll be able to grow your legal weed in Connecticut at home from July 1, 2023. Connecticut marijuana laws state that you can harvest six plants at a time if you’re of the legal age. There’s also a limitation that prevents a household from growing more than twelve plants at a time.

The new marijuana laws in Connecticut address social inequities. For example, the State will award a certain number of retail and cultivation licenses to applicants from economically disadvantaged backgrounds and at a reduced cost.

Why not explore different weed seeds online for when you can grow legal weed. Then, you’ll save some money on the internet instead of getting your supply from expensive marijuana retail stores once they’re operational.

The Haze autoflower strain is an excellent cannabis seed to start cultivating for beginners. It grows well and has great benefits for the body and soul. Gorilla Glue 4 seeds also grow easily and are perfect for reducing feelings of stress.

Is cannabis consumption legal in Connecticut?

It most certainly is. If you’re an adult of 21 years and above, you can possess 1.5 ounces of Connecticut legal weed. Also, you can have 5 ounces of cannabis product locked up in your house, car trunk, or glove compartment.

You should follow the following rules for Connecticut legal weed:

When will marijuana be legal in Connecticut?

Until the bill is signed, save your pennies and check out a marijuana seed bank for the perfect cannabis product for your needs.

Marijuana sales will generate $26,3 million in tax revenues between July 1, 2022, and June 30, 2023. The additional revenue is excellent news for the Connecticut coffers, and this will benefit the residents. Thanks to the new marijuana laws in Connecticut, the proceeds will:

Understanding the states where weed use is legal isn’t easy, so it’s ideal to stay updated with legislation changes.

Adult weed use is lawful in more than 20 states, including California and Illinois — and other federal systems are likely to follow suit. Check out all the latest news and developments here at Homegrown Cannabis Co.

« The Complete Guide to Trimming Cannabis
Is Weed Legal in West Virginia? »