Is Weed Legal in Delaware? 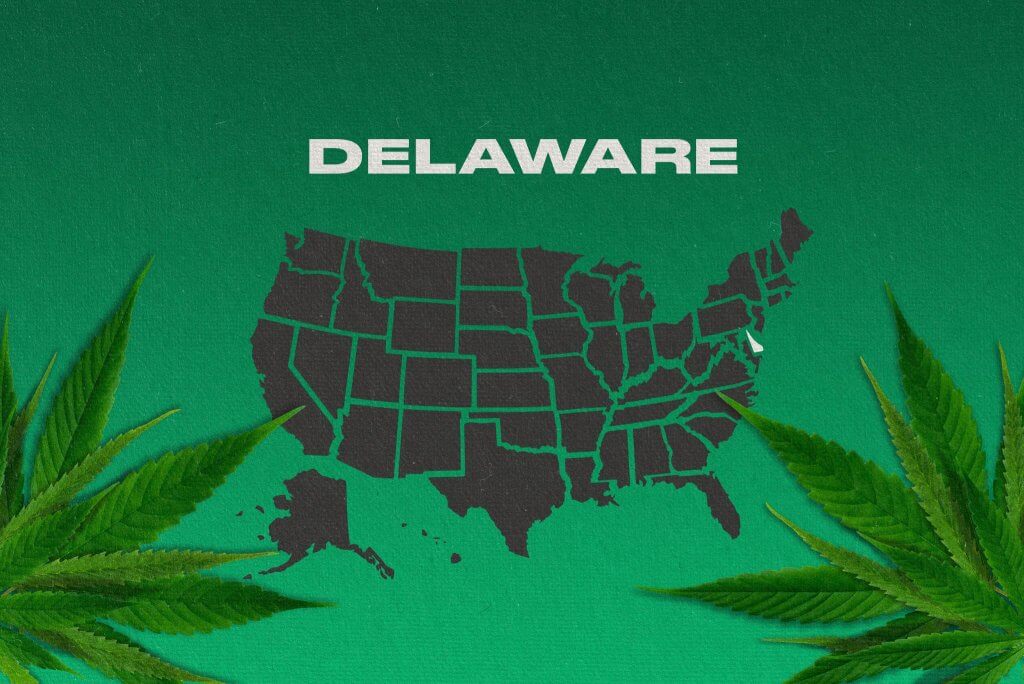 Did you know Bob Marley spent 12 years of his life living in Delaware? The famous marijuana-smoking musician resided in Wilmington and worked on the assembly line for Chrysler. Even with Marley’s presence, is weed legal in Delaware?

We’re going to groove through the Delaware weed laws and go over everything you need to know about possessing, buying, growing, and consuming marijuana in the First State. Let’s get started!

Let’s take a closer look at the Delaware weed laws.

You must have one of the following conditions approved for the First State’s medical cannabis card.

Once you’re an approved medical weed patient, you can possess up to six ounces of usable pot.

In 2015, Delaware weed laws changed when the state passed the Delaware House Bill 39. This bill decriminalized possessing a small amount of marijuana. Here are the penalties for possessing recreational cannabis in the First State.

In 2018 and 2019, lawmakers tried to get marijuana legalized for recreational use in the First State with the Delaware House Bill 110. Unfortunately, the House didn’t approve it, so under Delaware weed laws, cannabis remains illegal.

Is buying cannabis legal in Delaware?

A medical cannabis user can purchase up to 3 ounces of weed every two weeks at a licensed dispensary.

Look to buy products made from the plant of CBD Super Silver Haze feminized seeds for both mental and physical conditions. The crop contains 14% THC and 15% CBD levels, which does wonders as a medicine.

Medical weed is legal in Delaware, so when consumed, the cerebral buzz brings a sense of clarity and enhances your mood, ideal for those suffering from anxiety or post-traumatic stress disorder. The items made from the harvest of these feminized seeds give you an experience of lightness within your body to relieve symptoms of cancer treatment, chronic pain, or migraines.

Per Delaware weed laws, buying cannabis for recreational use in Delaware is illegal.

You can buy ungerminated marijuana seeds as collector’s items or souvenirs because, in this state, the seeds aren’t a drug.

Can I grow my own cannabis in Delaware?

When marijuana is legal to grow in Delaware, you should look for Candy Cream autoflower seeds because they’re perfect for beginners. The plants from these seeds are short and won’t take up a lot of room.

From seed to harvest, the growing process for these seeds only takes about nine weeks. With the right environment, the crops can produce up to 2 ounces per square foot.

When weed is legal in Delaware to consume, the marijuana plants contain 18% THC, 0.7% CBD, and are 90% indica. These high THC seeds get their name from the sweet caramel and creamy vanilla the dry herb has.

You can buy ungerminated cannabis seeds now; just don’t grow them until the Delaware weed laws allow it.

Is cannabis consumption legal in Delaware?

Per Delaware weed laws, you must consume in a private residence. It’s not legal to use in public or a moving or parked car.

You’re not allowed to consume or possess in private or public spaces.

When will marijuana be legal in Delaware?

We can’t predict the future or what the legislation in the First State will do about the current Delaware weed laws. The Delaware House Bill 110 proposal was an excellent first step in the right direction to get legalized recreational cannabis, but no further action has happened.

Deciphering the states where marijuana is legal can be demanding, so it’s crucial to stay updated as laws change. Recreational use of weed is now legal in more than 18 US states, including New Jersey, New York, Virginia, and Washington D.C., with more likely to modify their cannabis rules soon.