Is Weed Legal in Florida? 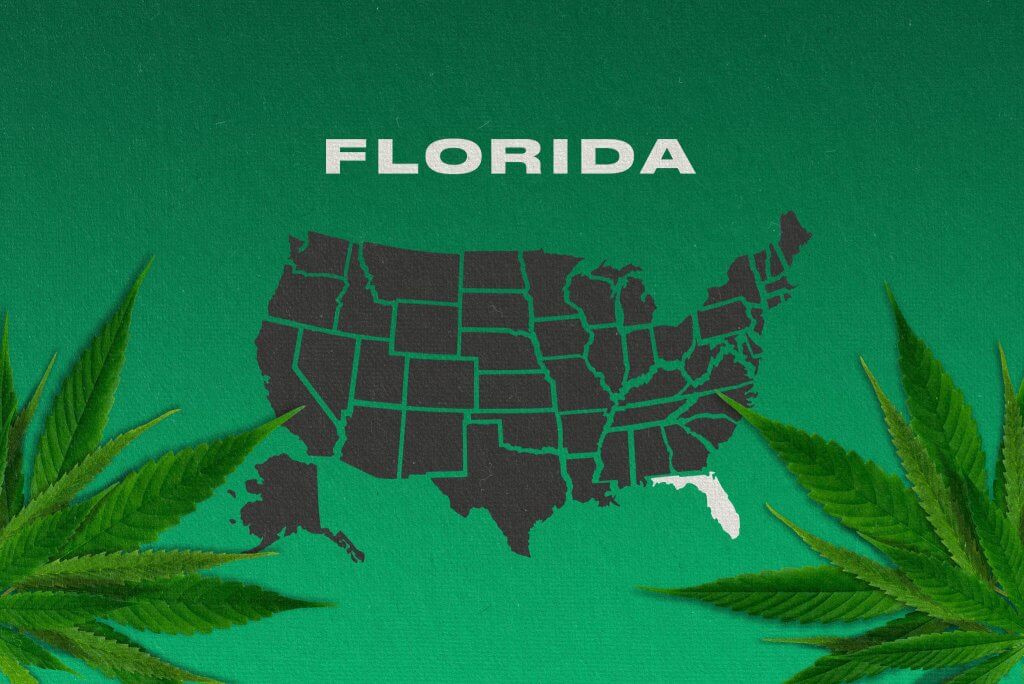 While great strides are being made in this last decade regarding the decriminalization and even legalization of cannabis in the U.S., state laws still vary greatly. Whether you reside in the sunshine state, plan to relocate, or visit, looking for the answer to the question “is weed legal in Florida” is always a good idea to make sure that you fall on the right side of the law.

You wouldn’t want to face a hefty fine or even up to a year in prison for something that may very well be legal across the continental US soon.

Read on as we answer the question “is weed legal in Florida in 2021” and give you the legal details surrounding its sale and use (at least until the lawmakers come to their senses.)

Most would argue that Florida marijuana laws lag behind some other states at the time of writing and are in dire need of amendment.

Medical marijuana is legal in Florida but is subject to specific regulations regarding registration and points of purchase. You will need a medical marijuana card from a qualified physician that needs yearly renewal.

Purchasing is limited to state-licensed dispensaries, and growing your own from some cheap weed seeds is definitely out of the question.

Even medical marijuana cardholders face limitations on where and how they are allowed to consume cannabis. Smoking is prohibited in any public space. This includes public transport, school grounds, and parks.

Patients that need to smoke in a workplace will require prior authorization before doing so.

Recreational use is considered a misdemeanor that could net you a year in prison and up to $1000 in fines. Buying weed without a medical marijuana card is still a crime that will land you in trouble.

Purchasing from an unlicensed dispensary is also against the law. Even a freebie from a friend could land you both in jail under the same statutes.

Ordering cannabis seeds online is also currently out of the question for both recreational and medical use.

Is buying cannabis legal in Florida?

According to this categorization, weed falls into a category with addictive substances and chemicals such as LSD, Heroin, and ecstasy.

Can I grow my own cannabis in Florida?

You may be asking yourself “is weed legal in Florida” so that you could order some Homegrown seeds and start your own indoor grow room. This would be ill-advised as it’s illegal for even cardholders to grow their own.

Even commercial marijuana growers have been facing a tough time setting up shop, with the most recent licenses granted as far back as 2015 and 2019. There don’t seem to be new licenses in the works for the foreseeable future either.

Is cannabis consumption legal in Florida?

If you have a doctor’s recommendation, you’ll be able to get your medical marijuana from licensed dispensaries within the state. If you are a Florida resident, a qualified doctor will have to include you to the medical marijuana registry.

There’s also a limit on the number of refills per prescription; no more than 70-days’ supply with a maximum number of 3 refills. There’s no cap on the allowed amount to cannabis a medical patient.

When will marijuana be legal in Florida?

There potentially is good news on the horizon in the form of an amendment to the Florida Constitution in Article X, section 33 (Make it legal Florida, N.d.).

This amendment aims to legalize recreational weed use within the state and seek signatures to earn a place on the ballot for 2022.

If you have a prescription for medical marijuana use, some limitations and conditions (Florida Senate, 2014) apply as well.

Here are some of the most common ailments that qualify a patient for the application of a medical marijuana card:

Other conditions of the same class or comparable in symptoms to the ones mentioned above may also qualify.

As with any intoxicant, driving your car while under the influence of weed is severely punishable by law (Florida Statutes, 2012.)

A first offense could lead to up to 6 months in jail and fines reaching $500, license suspension, vehicle impoundment, and up to 50 hours of community service.

More and more state legislators are waking up to the benefits of cannabis products, from the potential industries and their incomes to the general health benefits.

A significant change may very well be on the horizon for recreational cannabis users in Florida by 2022. But, the fact remains that for now, residents need to wait it out before ordering their first batch of cannabis seeds.