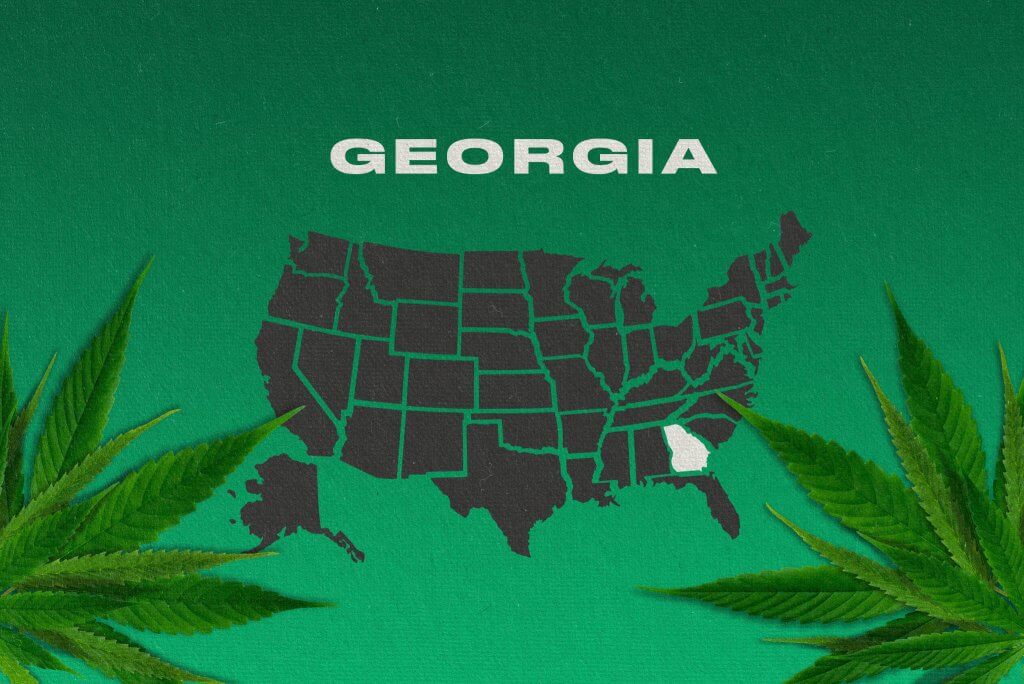 “Is weed legal in Georgia?” is a commonly asked question in America. Keeping up with the ever-changing marijuana laws in the various U.S. states is quite tricky.

Georgia, a state that the Republican party has governed for many years, has been slow in legalizing cannabis. The recent victory of the Democrats looks like a positive sign in having this law relaxed.

If you enjoy your recreational use of this popular leaf, then perhaps you should avoid consuming it in Georgia for now. Until there is an amendment to the laws, you’ll only be able to use weed for medicinal purposes; even that comes with a host of conditions.

The purchase of weed seeds is also prohibited.

As of the time of writing, the Georgia Marijuana laws forbid the use of weed for recreational purposes. They do make an exception for medical CBD, which is in the form of extracts. These extracts must have a high content of CBD and low content of THC.

In cities like Savannah and Atlanta, the possession of cannabis is still illegal. It is a misdemeanor charge if found with 1 ounce or less of weed. The penalty is up to $1000 and/or jail time up to 12 months.

It is a felony charge if you get caught with anything more than 1 ounce. According to the Georgia marijuana possession laws, the penalty for this is a fine and jail time of one to ten years.

Is Buying Cannabis Legal in Georgia?

The only legal weed purchase you can make in this state is an oil with a low THC content. The sale of oil is only available to registered patients and gets dispensed by Georgia Access to Medical Cannabis Commission.

Can I Grow My Own Cannabis in Georgia?

If you’re thinking of growing weed for your recreational use, then think again. The only way to become a cannabis grower is to manufacture a liquid for medicinal use.

To qualify as a cannabis grower (SaportaReport, 2020), you need a valid license, and you can only cultivate indoors. There are two different Class licenses. Class 1 licensees are allowed to grow up to 100 000 square feet of marijuana, and Class 2 only up to 50 000 square feet.

So as tempting as it is to buy cannabis seeds and start cultivating, please resist this urge. It is a crime to grow marijuana on your property.

Is Cannabis Consumption Legal in Georgia?

There aren’t any formal public consumption laws in Georgia. They do have a Marijuana Tax Stamp law that requires the weed to have a stamp on it. This prevents any charges of possession from being filed if someone gets caught with it.

Currently, as per the Georgia Hope Act (Marijuana Policy Project, N.d), nobody can produce or distribute food containing oil low in THC. This looks set to change in 2021, with a limited number of people approved for licenses to grow cannabis.

Georgia’s medical marijuana law is minimal in comparison to the same ones in other states. It doesn’t allow doctors to prescribe weed to their patients for medical use.

Food containing oil that is low in THC isn’t allowed to get produced or sold.

Those who qualify to use marijuana for medical reasons are legally allowed to possess 20 liquid ounces with an oil content that is low in THC.

The law authorizes the Department of Health in Georgia to disperse, to all qualifying applicants, a “Low-THC Oil Registry Card” (Georgia Department of Public Health, N.d).

The card prevents them from being arrested for possession.

Diseases and Health Conditions Recorded in the Law

The following are diseases and health conditions; most of them need to be severe or at the end-stage to qualify for registry cards according to the law:

Application for the Registry Card

When applying for a low THC registry card, your physician will need to complete and submit two forms. The original copies are to be kept in the patient’s medical folder. Once the Georgia Department of Public Health receives these, they’ll review them and create the registry card for those who qualified.

A Public Health Office of the applicant’s choice will have the card available for collection for a $25 fee. The registry card is valid for two years, at which stage you will need to repeat the process.

People cannot use Marijuana recreationally in Georgia; the use is strictly for medicinal purposes only.

The law encourages employers to have a zero-tolerance drug policy. Work contracts are at risk of termination if an employee tests positive for the use of cannabis, even if consumed after hours.

When Will Marijuana be Legal in Georgia?

After many years of having medical marijuana legal in Georgia, many wonder: “When will the marijuana laws in Georgia get amended?”

As of February 2021, there’s legislation pending on legalizing marijuana. The bill SB263 seeks to legalize the sale by licensed retail outlets of up to a quarter ounce of weed to adults.

A proposal is also pending to amend the state’s constitution to allow adults of 21 years and older to legally use, possess, and sell marijuana.

It’s not quite sure when the finalizing of the amendments will occur. With the Democrats winning both senates in early 2021, the possibility of making weed legal in Georgia is now higher.

When it comes to the cultivation and consumption of marijuana in Georgia, the laws are pretty strict. Even though their citizens might be able to use weed for medical reasons, the laws that govern this use are just as stringent.

There is hope on the horizon that the legalization of marijuana will happen as they await the acceptance of the bill and the amendment of the constitution.