Is Weed Legal in Hawaii? 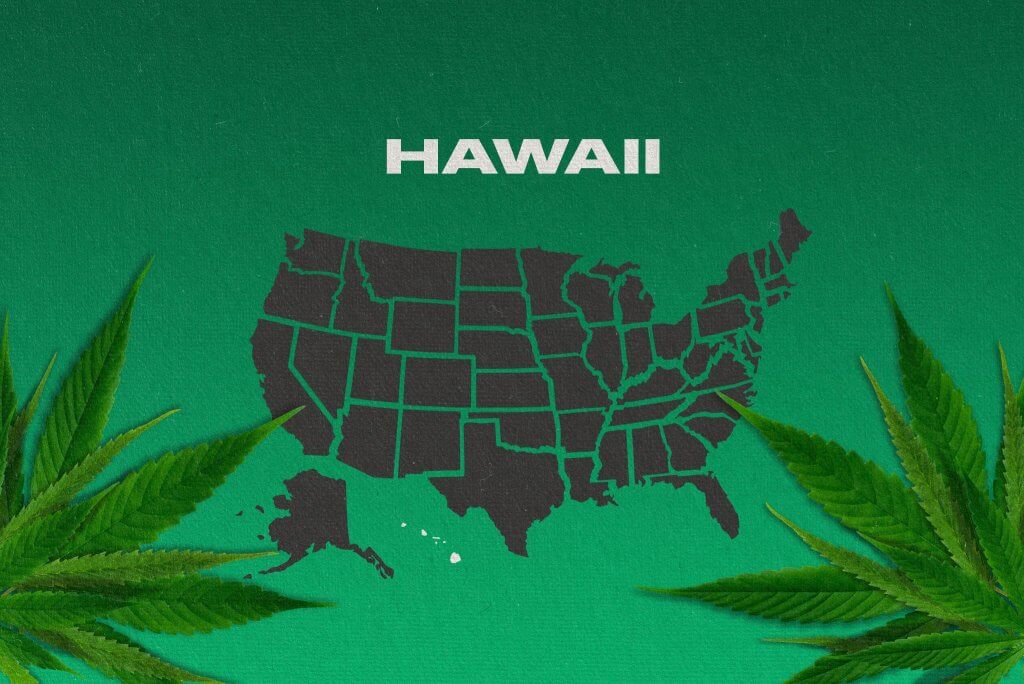 Hawaii is made up of 132 islands and is home to the tallest mountain in the world, from the ocean floor to the peak. Mauna Kea is 33,496 feet tall, which overshines Mt. Everest at 29,032 feet tall. Is weed legal in Hawaii, and can you get as high as Mauna Kea?

We’re going to explore Hawaii weed laws and discover if possessing, buying, growing, and consuming is legal in the Aloha State.

The Aloha State became the first state to use its legislation to legalize medical marijuana, as opposed to a vote on a ballot. In 2000, lawmakers changed the Hawaii weed laws with Act 228, which states qualified patients can legally purchase, consume, and cultivate marijuana.

You can apply for a Hawaii 329 card for medical cannabis if you’ve been diagnosed with one of the following conditions.

Registered patients can have up to four ounces of cannabis, per Hawaii weed laws.

Now, let’s surf through the recreational cannabis laws in the Aloha State,

Hawaiian lawmakers passed House Bill 1383 in 2019, decriminalizing the possession of a certain amount of weed. Under current Hawaii weed laws, if a police officer finds you with 0.10 ounces of marijuana or less, they’ll give you a $130 ticket and no jail time.

When you possess more than 0.10 ounces of weed, the charges are the following.

Don’t be too discouraged if you’re a recreational pot user. In October 2020, Senate Bill 686 started making its way through the Senate, which would change Hawaii weed laws and fully legalize marijuana. Currently, this bill hasn’t become an official law, but hopefully soon.

We can’t predict or promise the Senate Bill 686 will pass, but it’s a good step in the right direction.

Is buying cannabis legal in Hawaii?

Medical marijuana patients can purchase 4 ounces during a 15 day period and up to 8 ounces in a 30 day period.

Under Hawaii weed laws, you must keep purchased cannabis sealed while in public, and you’re forbidden to transfer pot products purchased on one island to another.

When shopping, look for products made from the crop of CBD Kush autoflower seeds. Per Hawaii weed laws, you can use this strain for those who suffer from medical conditions. The plant contains 15% CBD and 6% THC levels, which creates a slight cerebral buzz but mainly calms the body.

The products from the harvest of these high CBD seeds aids in relieving symptoms of headaches, muscle fatigue, chronic pain, stress, nausea, and migraines.

Per Hawaii weed laws, adults can buy ungerminated cannabis seeds online as collector items or souvenirs because they’re not considered a drug in this form.

Can I grow my own cannabis in Hawaii?

All marijuana crops must be grown at your house, at a caregiver’s house, or at a place that you privately own. All ten cannabis plants have to be cultivated at one location and tagged with your 329 card number along with the expiration date.

If you’re a registered medical pot user, you can grow strains like CBD Mango feminized seeds under Hawaii weed laws. The plants from these seeds are perfect for beginners because they can withstand disease and a changing climate.

One thing to be aware of is that these crops grow tall, but you can tame them by using the Screen of Green technique.

Since marijuana is legal in Hawaii for medical purposes, you can smoke the weed flower for comfort when the harvest of these feminized seeds is dry.

These crops have a 1 to 1 THC to CBD ratio at 15% each, which creates a balanced head-to-body high. Use this cannabis strain for anxiety, depression, headaches, chronic pain, and arthritis.

Is cannabis consumption legal in Hawaii?

According to Hawaii weed laws, patients can consume cannabis products in private residences. It’s illegal to consume in public places.

Adults without a 329 card can’t legally consume weed in private or public.

When will marijuana be legal in Hawaii?

We can’t say for sure that Senate Bill 686 will become law anytime soon, but we can hope. Until the Hawaii weed laws are updated, adults will have to wait to possess, consume, and cultivate legally.

Remember, you can buy marijuana seeds online that are ungerminated now!

Knowing the states where cannabis is legal can be a headache, so it’s vital to stay current as legislation changes. Recreational use is now legal in more than 15 states, including Alaska, New York, Vermont, Colorado, and Oregon, with more on the brink of changes.

You can find the latest news on United States marijuana laws here at Homegrown Cannabis Co.