Is Weed Legal in Idaho? 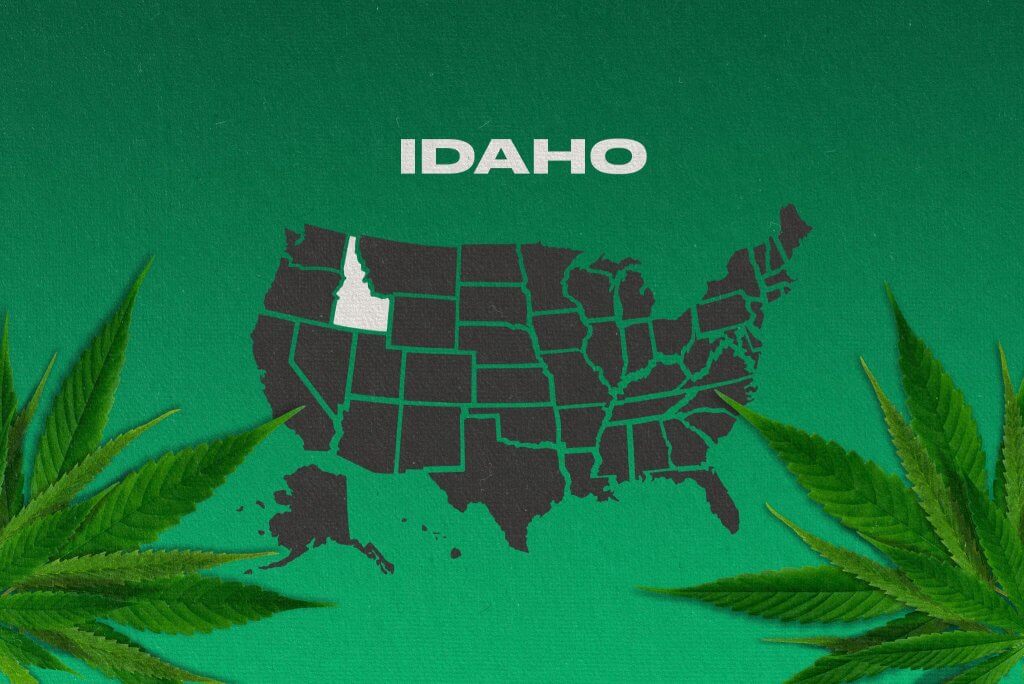 Is weed legal in Idaho? When will cannabis be allowed in the Gem State?

Since Colorado legalized marijuana in 2012, other states have been following suit.

Currently, it’s legal to buy and consume recreational weed in 18 states, including the District of Columbia. Medical marijuana is approved in 36 states and D.C.

Efforts are being made in Idaho to put a medical cannabis initiative to the vote in 2022, but until then, it’s essential to know the marijuana law in Idaho so you won’t end up in trouble.

Is marijuana legal in Idaho?

Under the state’s law, weed is a Schedule I controlled substance. This ruling means that you can’t cultivate, possess, sell, and use it for medical and recreational purposes.

As the Gem State doesn’t practice decriminalization, all marijuana-related offenses are classified as crimes. Sections 37-2732 and 37-2732C of the Uniform Controlled Substances Act specify the penalties for all the prohibited acts.

For instance, possession of an ounce of cannabis could get you jailed for a year and be fined up to $1,000. You could face jail time up to five years and above, and fines of up to $50,000, depending on the quantity of marijuana you’re caught dealing with.

Is medical marijuana legal in Idaho?

Use of CBD products for medical purposes is permitted as long as there’s no THC content.

So, how much longer till weed is legal in Idaho? An organization of medical marijuana advocates is planning to collect petition signatures to put their medical weed proposal to the vote in 2022.

However, future legal reforms will face a more challenging signature collection process. Instead of signatures from at least 6% of voters from 18 legislative districts, lawmakers passed a new law expanding the quota to all 35 districts, including rural ones.

Is buying cannabis legal in Idaho?

According to state laws, you can’t buy cannabis in Idaho, including marijuana seeds.

As far as seeds are concerned, a section under U.S. federal law classifies ungerminated seeds as novelty items. Therefore, this ruling allows you to buy and store cannabis seeds as long as you don’t cultivate them.

However, we don’t recommend buying cheap weed seeds as they may not grow well after being preserved.

Can I grow my own cannabis in Idaho?

Is it legal to grow marijuana in Idaho?

Although you can’t grow weed yet, you can prepare your seed stock in anticipation of the new law legalizing cultivation. As long as you don’t germinate the seeds, you can buy and preserve them.

We suggest you choose feminized seeds of the cultivar you want. As these seeds don’t contain male chromosomes, you’ll only get the female plants that produce buds.

Here are two growers’ favorites from our collection of premium-grade seeds:

Is cannabis consumption legal in Idaho?

Is it legal to smoke weed in Idaho?

As marijuana is a Schedule I controlled substance, you can’t use it for any reason. If you’re caught consuming cannabis in public, you could spend up to six months behind bars and pay a fine that could be as high as $1,000.

Possession is also against the law in the Gem State. If you hold less than 3 oz of weed, it’s a misdemeanor, and the maximum punishment is one year in prison and a $1,000 fine.

If you possess between 3 oz and 1 lb of marijuana, it’s a felony. You could serve up to five years in jail and pay a fine not exceeding $10,000.

Be warned that being present in a location where cannabis is cultivated or kept can also get you convicted of a misdemeanor, with a jail time of 3 months and $300 in fines.

When will marijuana be legal in Idaho?

Since weed is still illegal, the question remains when is weed predicted to be legal in Idaho?

For medical marijuana, it could be as early as 2022 if the medical advocates’ signature campaign succeeds and Idahoans vote for it on the ballot.

The future of marijuana laws

Cannabis laws are changing rapidly as more states begin to legalize weed, especially for therapeutic use. Medical marijuana is now legal in 36 states and the District of Columbia.

Recreational weed is currently allowed in 18 US states, including the three new additions, New Mexico, Connecticut, and Virginia. More states should follow suit in the coming months.

We understand how challenging it is to keep up with the changing laws in each state. So, if you want to know when is recreational marijuana to be legal in Idaho, you can find out all the latest news and developments here at Homegrown Cannabis Co.