Is Weed Legal in Iowa? 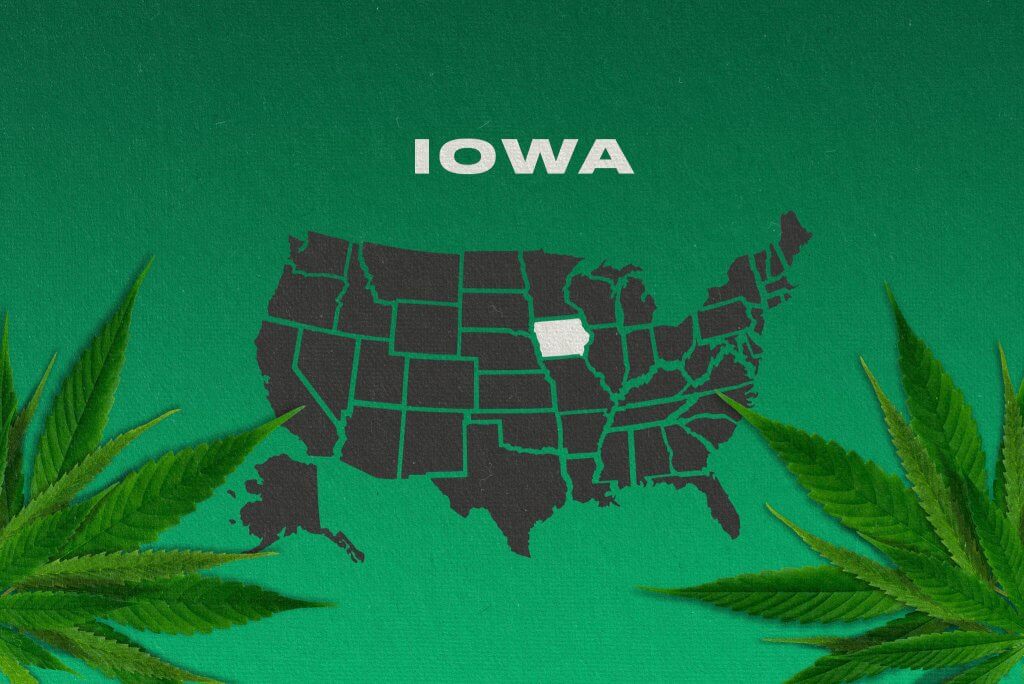 Is marijuana legal in Iowa? When it comes to marijuana possession and use, the one place you don’t want to be is on the wrong side of the law.

Over half the U.S. states have already legalized marijuana in some form or another. It would seem that Iowa is soon to follow.

Current marijuana laws in Iowa are stringent. First offenders can face severe consequences even for a tiny amount of weed.

Will the lawmakers in Iowa finally come to their senses in 2021?

Read on as we explore the latest developments regarding the legalization of cannabis in Iowa.

Both recreational and medicinal use is still illegal under Iowa law. Legislators are pushing for the legalization of marijuana in the state, so you may want to consider keeping your weed seeds on ice for just a bit longer.

Is medical marijuana legal in Iowa? In short, the answer is no. Current Iowa marijuana laws prohibit the growth, possession, and use of weed for medical purposes.

Caregivers and patients may buy medical CBD products from state-licensed dispensaries, though. State laws define the THC to CBD ratios and permitted forms of CBD medication.

The Iowa legislature passed the medical cannabidiol act in 2014.

It enables licensed neurologists to subscribe CBD products containing less than 3% THC to patients with qualifying health problems. It also decriminalized cannabis oil possession when used for the treatment of this condition.

In 2020, Governor Kim Reynolds signed off on the HF 2589 legislature. It increased the number of medical professionals permitted to prescribe medicinal cannabis and added several qualifying conditions.

It also changed the allowed THC in products from 3% or less to a total of 4.5 grams over 90 days.

Recreational marijuana use is strictly prohibited and classified as a misdemeanor.

For a first offense, you can face up to six months imprisonment, up to a $1,000 fine, or both even if you are in possession of only a small amount of weed.

Should you get caught within 1,000 feet of a school, on a school bus, at a recreation center, swimming pool, or public park, you may also face 100 hours of additional community services.

It’s also illegal to buy high THC seeds from a marijuana seed bank for medicinal or recreational use.

Is buying weed legal in Iowa?

Under Iowa marijuana laws, cannabis is a schedule 1 substance. In other words, this means it has no recognized medicinal value and a high probability for abuse.

This classification makes the manufacture, sale, purchase, and possession of weed illegal in this state.

Can I grow my own cannabis in Iowa?

It may seem like a good idea to order marijuana seeds from an online vendor such as Homegrown Cannabis Co. to start your own weed garden.

As it’s illegal to grow or distribute ganja in this state, you can face severe penalties, which varies according to the amount you possess:

Is cannabis consumption legal in Iowa?

Registered caregivers and patients are allowed to buy medical CBD products from a state-licensed dispensary.

Iowa laws restrict the purchase amount and limit the total THC amount to 4.5 grams over 90 days per individual. Physicians can recommend a higher dosage for the treatment of the terminally ill.

Apart from this exception, current Iowa marijuana laws strictly prohibit the use of marijuana for both medicinal and recreational purposes.

When will weed be legal in Iowa?

Great strides are being taken within Iowa as legislation is pending to decriminalize the sale, use, and possession of cannabis. With any luck, you’ll soon be able to buy marijuana seeds from your favorite vendor to grow your own weed.

A recent statewide poll showed that roughly 53% of Iowa residents are currently in favor of legalizing marijuana for recreational and medicinal use throughout the state. Democrats have put forward three bills:

Anyone above the age of 21 would be able to purchase and possess up to 30 grams of weed (out-of-staters are limited to 15 grams) for recreational purposes. If passed, a sales tax of 20% will apply to all retail cannabis.

It also expands expungement eligibility from being limited to misdemeanor offenses, including transferring and felony possession offenses.

Only specific health problems allow the use of this medication. These ailments include:

When will weed be legal in Iowa?

As the advantages of marijuana products become more evident, a growing number of state legislators are adapting to the idea of decriminalizing cannabis. From medicinal properties to taxable income and job creation, the benefits are far-reaching.

With legislative propositions already in place, it’s merely a matter of time for the Iowa Senate to pass the bill.

With any luck, you’ll find cannabis seeds for sale closer to the end of 2021. For now, though, weed enthusiasts in Iowa have little choice but to wait it out to buy weed seeds legally.