Is Weed Legal in Kansas? 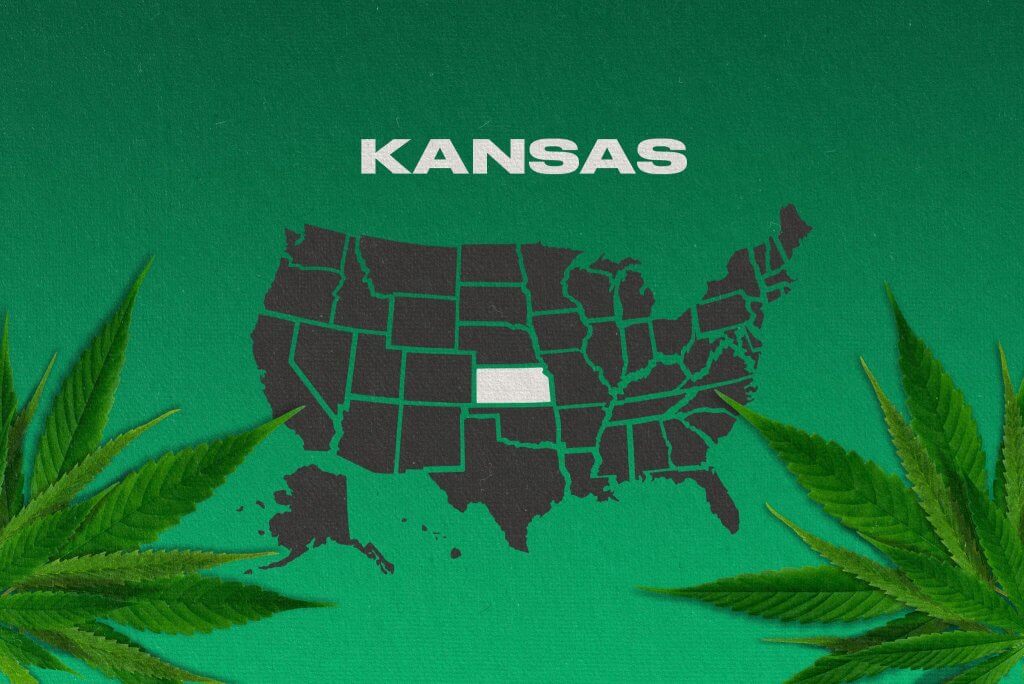 Is weed legal in Kansas?

If you can get your hands on some CBD with no THC, you’re good to go in Kansas. Other than that, the consumption, cultivation, and distribution of cannabis in the glorious Sunflower State will land you in severe trouble with the authorities.

With no end in sight for the continuous legal battle to decriminalize cannabis, we’re left wondering if weed is ever going to be legal in Kansas.

Until the happy day arrives, Kansans have little choice other than to educate themselves on the various weed seeds in preparation for when the law eventually changes.

Read on as we fill you in on the legalities surrounding cannabis in the Wheat State.

Even though more than 63% of Kansas residents support the legalization of marijuana, state legislators still fail to make any real progress on this subject.

Weed isn’t legal in Kansas. The state has stringent marijuana laws in place. First offenders caught with even a tiny amount of cannabis will face a Class B misdemeanor charge.

Is it legal to smoke marijuana in Kansas? No, the Sunflower State first banned weed in 1927. It remains one of the strictest states regarding cannabis prohibition, with no fundamental changes since the 1920s.

In 2018, Gov. Colyer signed off on the Alternative Crop Research Act. While the weed laws in Kansas remained intact, this bill instructed the state’s agriculture department and public universities to investigate the viability of cannabis with less than 0.3% THC.

Shortly after, Kansas marijuana laws saw a slight amendment when Colyer signed off on SB 282. This bill altered the legal definition of marijuana, exempting cannabidiol (CBD,) legalizing access to CBD products with no THC.

In 2019, Gov. Kelly approved Claire and Lola’s Law. While not significantly altering Kansas weed laws, this bill does provide an “affirmative defense” for guardians and parents of patients who use and possess CBD with up to 5% THC.

Unfortunately, should you get arrested, you may still be charged and held until a lawyer can present your affirmative defense.

According to Kansas weed laws, this defense is only viable if the parent, guardian, or patient has a written recommendation from a doctor licensed in the Wheat State, stating the individual’s debilitating medical condition.

Kansas marijuana laws also don’t include a predefined list of qualifying conditions. They only stipulate the patient must have a medically diagnosed condition, like seizures.

Is buying cannabis legal in Kansas?

Is buying weed legal in Kansas? In short, no.

Kansas laws on weed strictly prohibit the sale and use of cannabis for recreational or medicinal purposes. Even the sale of regular, autoflower, and feminized seeds isn’t allowed.

According to Kansas marijuana laws, you’ll face felony charges for selling marijuana, regardless of the amount. The maximum penalties include:

Can I grow my own cannabis in Kansas?

Is it legal to grow marijuana in Kansas? No, the state has stringent laws preventing the growth of weed.

Although it’s legal to purchase CBD products that don’t contain THC, it’s still prohibited to cultivate your own high CBD weed seeds, even if they produce plants with 0% THC.

Under the current weed laws in Kansas, if you get caught cultivating marijuana, you’ll face felony charges, carrying the following maximum penalties:

State legislature decriminalized the possession of CBD products with 0% THC content. However, according to Kansas laws on weed, getting caught with cannabis containing any amount of THC is a criminal offense.

Is cannabis consumption legal in Kansas?

Is it legal to smoke marijuana in Kansas? While it’s permitted to use CBD oils and extracts containing 0% THC in the Wheat State, smoking or consuming marijuana with any amount of THC is strictly prohibited.

Getting caught using marijuana with THC content in any form within the state’s borders may get you into serious trouble with the law, regardless of the THC percentage.

When will marijuana be legal in Kansas?

When is marijuana gonna be legal in Kansas? While no one can predict the future, we know that about two-thirds of the state’s residents support cannabis legalization. Unfortunately, the Sunflower State doesn’t permit its voters to petition the state legislature to add a bill to the ballot.

Only the state legislature can change current Kansas weed laws by passing bills in both the Senate and House. Following this procedure, the governor has to let it pass without signing, sign it, or veto it.

To alter Kansas marijuana laws, lawmakers proposed various medical cannabis bills over recent years, but none were approved. Gov. Kelly openly expressed her support for weed legalization, but she’s waiting for the legislature to put a viable bill in front of her first.

Does Kansas have a medical marijuana program?

However, under the current weed laws in Kansas, CBD oil with no THC content is available to anyone.

Kansas laws on weed also give patients with a written doctor’s recommendation a legal defense for the possession of CBD oil. Unfortunately, the Wheat State makes no provision for purchasing said oil.

Is weed legal in Kansas? With the battle for marijuana legalization still in its beginning stages, there’s no telling when cannabis will be legal in Kansas.

Having a clear understanding of the states where weed is legal may be challenging. So, it’s crucial to stay up to date with legislative changes.

Eighteen states already took the plunge, including New York and Washington DC, and more are likely to amend their laws in the future. Homegrown Cannabis Co. will keep you in the loop and inform you of any sudden changes in the Kansas laws on weed.

For now, if you’re a Kansas resident interested in cultivating weed, it’s safest to stick with educating yourself on the finer details of cannabis cultivation.

If you stay in a legal state, though, visit Homegrown Cannabis Co. online for the widest variety of premium marijuana seeds on the market.