Is Weed Legal in Kentucky? 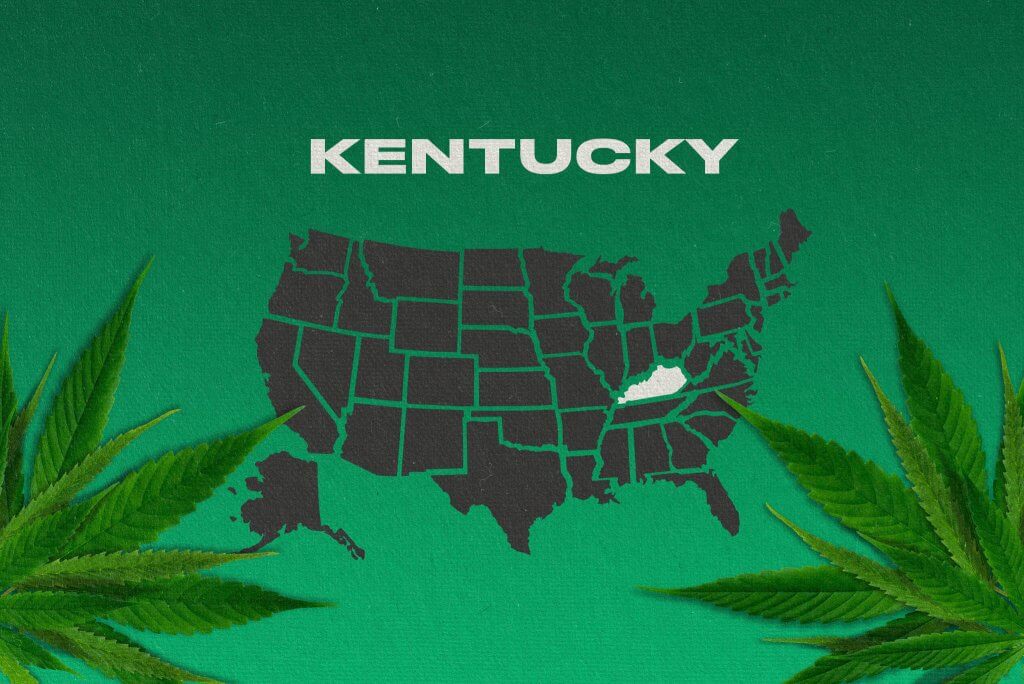 Many people ask, “Is weed legal in Kentucky?” Over the last decade, the USA has seen multiple policy reforms regarding the decriminalization and legalization of cannabis.

Whether you live in the Bluegrass State or are a visitor, make sure you follow the rules to avoid a fine or possible prison time.

Even though weed activists are constantly fighting to legitimize its use, weed is still illegal in Kentucky. As a state with some of the strictest cannabis laws, you don’t want to have it on you.

Fortunately, you can buy CBD over the counter, provided it has low THC levels. Read on to discover weed’s current status and upcoming changes in KY.

In early 2020 when the House of Representatives voted in favor of House Bill 136, Kentucky took a big step toward legalizing medical marijuana.

Kentucky marijuana laws are notoriously stringent, so this is a big deal. Hopefully, the future sees Bill 136 realized, allowing people with medical certificates to utilize its assistive properties.

Is medical marijuana legal in Kentucky? The short answer’s yes: the prohibition includes the purchase, sale, consumption, and distribution of all marijuana products, including cannabis seeds.

If you want to buy cheap weed seeds, you risk prison and a fine. At the moment, there’s still a lot of debate on how to make marijuana legal in Kentucky.

As a Class B misdemeanor, if police find you with less than eight ounces of weed, you can receive 45 days jail time and a $250 fine. Selling the same amount would result in a year in prison and a $500 fine.

Even buying ganja without a medical marijuana card can cause issues. If you buy from an unlicensed dispensary or take a freebie from a buddy, both of you will get yourselves some jail time.

Unlike Pennsylvania, where you can buy auto or feminized seeds as “adult paraphernalia”, Kentucky has outlawed that as well.

So, if you want to buy some Mazar Autoflower Seeds, you might want to move to a different state.

Is buying cannabis legal in Kentucky?

While the state has made efforts to legalize medical marijuana, progress has been slow and delayed.

Can I grow my own cannabis in Kentucky?

Anyone who wants to buy homegrown seeds does so at their own risk.

While it may be tempting to get yourself some Star Killer feminized seeds, it’s inadvisable. The punishment for growing weed is heavy.

Cultivating up to five plants as a first offense can land you one year in prison and a $500 fine. A repeat offense can result in a felony with between one and five years in jail and $10,000 worth of penalties.

Until the Legislature makes Kentucky weed legal, the risks outweigh the rewards.

Although a nation-leading hemp producer, Kentucky’s government has tight control over the industry.

The Senate Bill 50 of 2013 made growing industrial hemp legal, as long as it was for state-sponsored research. Since May 2020, more than 970 hemp growers have purchased licenses from the Kentucky Department of Agriculture.

If you’re considering some high CBD seeds as an alternative, don’t. Even cardholders aren’t allowed to cultivate CBD Harlequin feminized seeds for their conditions.

Any unlicensed planting and harvesting of marijuana is strictly illegal for private individuals.

Is cannabis consumption legal in Kentucky?

Is medical marijuana legal in Kentucky? With a doctor’s prescription, you may buy CBD oil with low amounts of THC from state-licensed distributors.

Kentuckians will need a registered medical practitioner to add them to the medical marijuana registry.

House Bill 136, proposed in 2020, would allow people with prescriptions to buy and consume medical marijuana. Unfortunately, the bill has seen several delays.

There’s no need to be despondent, though, as hope still lingers on the horizon.

If you have any measurable level of cannabis in your blood while driving a car or motorbike, you could receive a $500 fine, two to 30 days jail time, or even both.

A second offense could increase your fine and land you between one and 24 weeks in jail. You could also receive between 10 and 24 days of mandatory community labor.

If you show any signs of impairment, then a breath, urine, or blood test is compulsory. Kentucky marijuana laws in 2021 are still the same as in 2020.

When will marijuana be legal in Kentucky?

So when will recreational weed be legal in Kentucky? We can’t be certain.

The House Of Representatives initially proposed legalizing the cultivation, consumption, and distribution of marijuana for medical reasons.

The aim was to make weed legal in Kentucky by 2020. Under the new legislation, medical marijuana would become legal by the end of 2020. At the time of writing, they hope to have the bill passed by the end of 2022.

While a medical marijuana card doesn’t exist yet in Kentucky, Bill 136 looks to change that. To qualify for one, a patient would require a medical prescription.

Once this happens, most of those who need weed to cope with their ailments will have access to the part of the plant that helps them the most.

There are many disorders and illnesses that cannabis can assist with, such as:

Medical marijuana also helps with other disorders not listed above.

When the government makes weed legal in Kentucky, you can buy autoflower seeds from the USA. With the rise in decriminalizing marijuana use and cultivation across the U.S. states, we can all hope that progress continues in 2022.

As soon as the bill passes, companies like Homegrown Cannabis Co. could legally ship you Gold Leaf Feminized seeds. You would be allowed to grow a few plants, with all the wondrous benefits it brings.

While recreational use might lag behind other states, the idea is already out there. It’s only a matter.