Is Weed Legal in Maine? 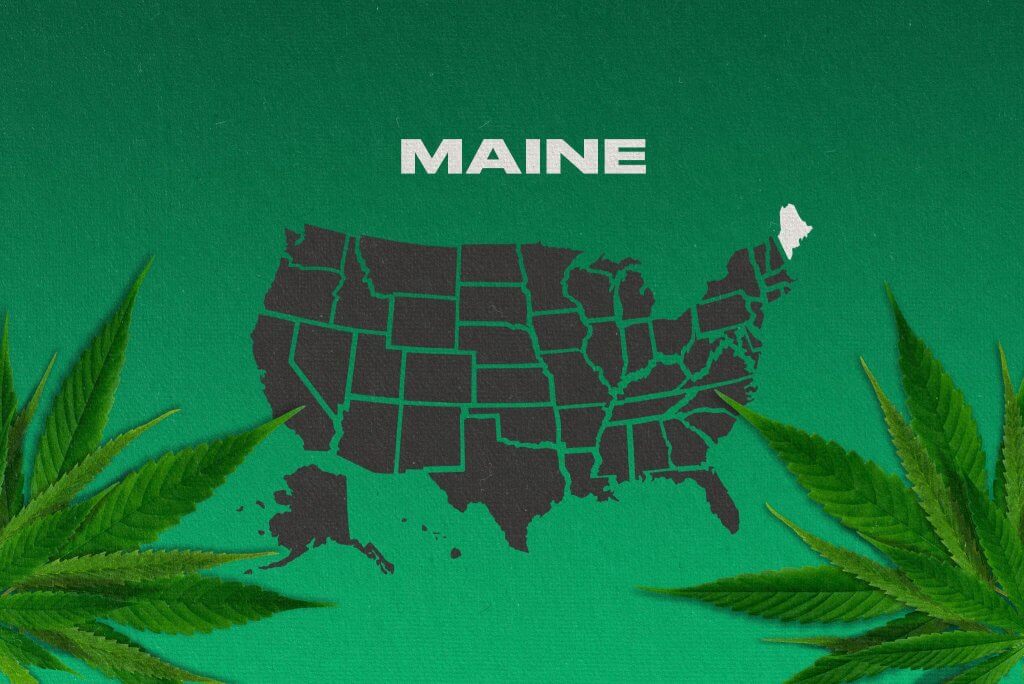 Maine is located in the northeastern part of the United States and is famous for its many lighthouses on the rocky coastline. Is weed legal in Maine, and can you light up when visiting Portland Head Light or Nubble Light?

Let’s take a look at the marijuana laws in the Pine Tree State to understand if possessing pot, consuming marijuana, and growing cannabis seeds is allowed within the borders.

In 1999, 61% of voters passed the Maine Medical Marijuana for Specific Illnesses, which legalized pot for severe medical conditions.

Then, in 2009, residents passed the Maine Medical Marijuana Act. This law expanded the existing medicinal cannabis program to allow more conditions to qualify.

Per Maine weed laws, the conditions that accept you into the medical pot program are as follows.

With a medical marijuana card, you’re allowed to possess up to two and a half ounces of pot in public from a licensed dispensary. In your private residence, you can have up to 8 pounds of dry herb.

In 2016, voters passed An Act to Legalize Marijuana, allowing adults 21 years or older to consume, possess, and cultivate cannabis for recreational purposes.

Under the Maine weed laws, residents and visitors can possess up to two and a half ounces in public or at home. Having more than the legal amount will result in the following penalties.

Is buying cannabis legal in Maine?

Adults 21 years or older can purchase cannabis from a licensed dispensary. There are curbside pick-up or delivery services for your pot purchases in bigger cities like Portland, Bangor, and Augusta.

Look at Homegrown Cannabis Co. for a wide variety of high-quality cannabis seeds. We recommend buying OG Kush feminized seeds online as growing weed is legal in Maine. These seeds are one of the most popular among pot growers because of their secret lineage and rewarding harvest.

The plant from these feminized seeds is mostly indica and contains 23% THC and 0.7% CBD levels. When consumed, the dry herb has an earthy pine evergreen taste with hints of lemon, ideal for smokers in the Pine Tree State.

Can I grow my own cannabis in Maine?

According to Maine weed laws, registered medical marijuana patients can cultivate up to 6 mature cannabis plants, 12 immature crops, and an unlimited amount of seedlings.

Adults growing cannabis for recreational use can cultivate up to 3 mature pot plants, 12 immature marijuana crops, and an unlimited number of seedlings.

If an officer catches you growing more than the legal amount, the penalties are as follows.

We recommend abiding by Maine weed laws and only growing the legal amount to stay out of trouble.

Now you know growing weed is legal in Maine, let’s take a look at quality marijuana seeds to cultivate. We suggest growing Haze autoflower seeds in the Pine Tree State.

These seeds are pleasant to grow with indica nuggets with sticky resin. They’re fast-growing seeds with high yields, ideal when the amount of mature plants allowed is limited.

The harvest from these high THC seeds contains 22% THC and 0.4% CBD levels. When you consume the cannabis herb, it’ll give you an intense cerebral buzz with euphoric relaxation.

Is cannabis consumption legal in Maine?

Currently, you’re only legally allowed to consume cannabis in a private residence.

If an officer sees you consuming in public, you’ll receive a civil infraction with a $100 fine.

Under Maine weed laws, cannabis social clubs will open by 2023, where adults can consume marijuana together. Until then, only use pot on private properties to avoid legal trouble.

When will marijuana be legal in Maine?

You can legally possess, consume, and grow marijuana in the Pine Tree State within limits. We don’t predict any changes in the Maine weed laws, but we can’t say for sure.

Understanding the states where weed is legal can be a headache, so it’s vital to stay current as legislation changes.

Recreational use is now legal in more than 15 US states, including Maine, Vermont, Massachusetts, and New York, with more likely to change their cannabis rules in the next couple of months. You can stay up to date on the US marijuana laws here at Homegrown Cannabis Co.

« Purple Weed: Myths, How to Grow & Why Is Some Weed Purple
Cannabis Flower: Everything You Should Know About Weed Flowers »