Is Weed Legal in Maryland? 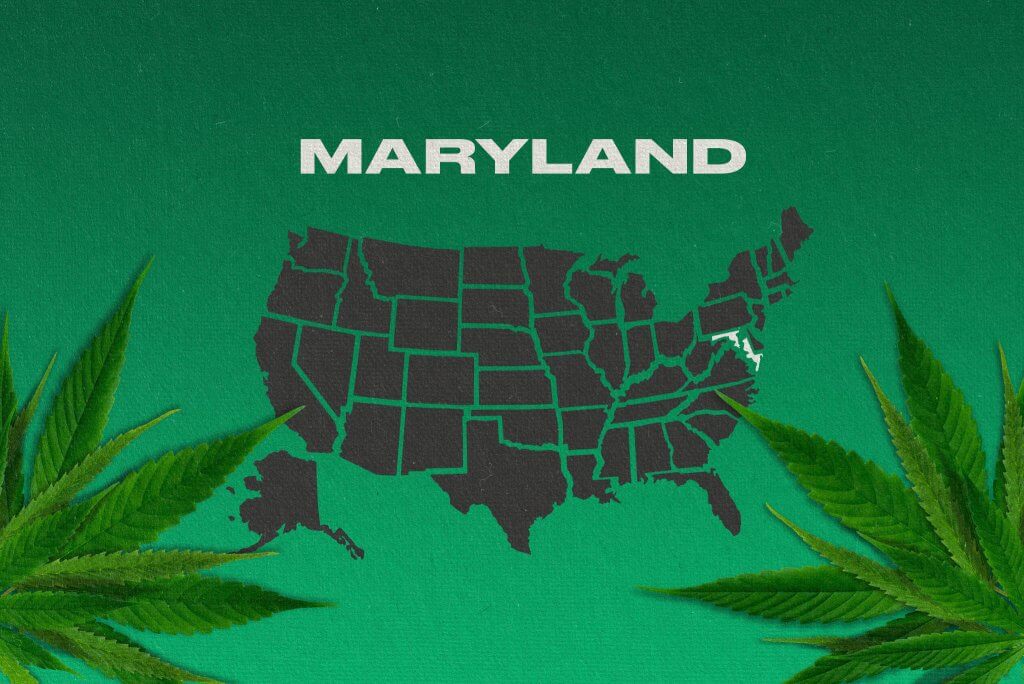 Is weed legal in Maryland?

With medicinal marijuana already legalized in Maryland, taking steps to decriminalize recreational use may not seem like such a big leap. For Marylanders, though, it’s frustrating.

In the most recent legislative session in March 2021, members of the General Assembly overruled the proposal for recreational weed legalization, leaving Maryland cannabis laws unchanged.

It may take some time for this issue to be solved, so there’s no telling when marijuana laws in Maryland will change, finally legalizing recreational pot use.

There’s no law against educating yourself, though. Use this waiting period wisely and familiarize yourself with the ins and outs of cannabis seeds and how to grow them.

Understanding state laws regarding weed legalization is often confusing and can be challenging, so it’s crucial to stay on top of legislative changes in other states while you’re researching to see is weed legal in Maryland.

Here at Homegrown Cannabis Co., we’ll keep you posted on all the latest developments and news.

Under the Maryland marijuana law, the use of weed for recreational purposes is strictly prohibited.

An amendment to Maryland cannabis laws in 2014 legalized medicinal marijuana use throughout the state. Gov. Martin O’Malley signed off on House Bill 881, subsequently decriminalizing medical weed.

It also led to the creation of the Maryland Medical Cannabis Commission (MMCC;) regulatory changes have been made as recently as 2019.

In addition, the MMCC is responsible for overseeing all testing, inspection, registration, and licensing. It also runs the state’s registry for caregivers and patients, ensuring the availability of medicinal weed.

Is buying cannabis legal in Maryland?

According to the Maryland marijuana laws for 2021, cannabis retail for recreational purposes is a criminal offense punishable by the justice system.

Maryland weed laws do make provisions for the sale of medicinal marijuana.

Restrictions set by the MMCC limit patients and caregivers to purchase up to 1 oz of THC in total or 4 ounces of usable pot over 30 days. Edibles aren’t available at Maryland dispensaries.

Caregivers and patients may only buy medicinal weed from state-licensed dispensaries.

The Maryland weed law further allows patients who cannot buy their own pot to appoint up to two caregivers to purchase weed on their behalf.

So if you’re wondering, “Is weed legal in Maryland?” the answer is yes – but only medicinal marijuana for now.

Can I grow my own weed in Maryland?

While medical marijuana use is legal in Maryland, under Md marijuana laws growing your own weed, whether it’s for medicinal or recreational use, is strictly prohibited.

Only licensed dispensaries and cultivators, certified by the state, are legal pot dealers.

Should you be found cultivating weed in or around your home within the state borders and without a license, you’ll face felony charges. According to Maryland laws on weed, you’ll be charged with either possession or manufacturing with the intent to distribute or sell.

Until Maryland marijuana law changes, stoners can do little more than whet their appetite by reading up on their favorite high THC seeds.

Is cannabis consumption legal in Maryland?

Patients are only allowed to consume their meds on private property. While smoking and vaping weed are permitted, edibles aren’t. The Maryland weed law also doesn’t protect patients performing tasks that would constitute negligence while under the influence.

When it comes to weed possession, under the marijuana law in Maryland, only caregivers and registry patients can legally carry up to 4 oz of weed.

According to Maryland cannabis laws, individuals that get caught with less than 0.35 oz of recreational weed are guilty of a civil offense and can be fined as much as $100.

Follow-up offenses may result in higher fines. A fourth transgression or getting caught with more than 0.35 oz will be treated as a misdemeanor, punishable by twelve months in jail and a $1,000 fine; all these stringent measures tell you that weed is not legal in Maryland for recreational smokers.

When will marijuana be legal in Maryland?

When will weed be legal in Md? It’s a frustrating issue among Maryland lawmakers that are pushing for legalization.

Failing to get the proposal passed on the most recent legislative session in April, these politicians have to go back to the drawing board and smooth out the concerns that held the ballot back.

Until a bill is finally passed, Maryland stoners should seek inspiration through education and draft a list of their favorite feminized seeds while they dream of the day they can grow themselves.

According to medical marijuana laws in Maryland, the MMCC is responsible for overseeing the medicinal cannabis registry for caregivers and patients. After registering, patients must obtain written certification from an MMCC recognized physician.

While MMCC registration is valid for 36 months, patients have to renew the physician certification every year.

Medical marijuana laws in Maryland require caregivers to register then purchase an ID card from the MMCC. They must do it before they’re allowed to buy medicinal cannabis from a dispensary.

Maryland weed laws and the MMCC require patients to apply for registration on the medical marijuana registry online. Applicants need to:

For patients to qualify for medical marijuana registration under Maryland cannabis laws, they have to be diagnosed with one of the following health conditions:

Marijuana laws in Maryland also make it possible for anyone to petition the MMCC to add health conditions to the list.

Reefer madness – Not quite yet

After the latest legislative session, marijuana laws in Maryland still strictly prohibit weed cultivation and recreational cannabis use. It’s not a complete loss, though.

Legalization wasn’t shot down due to lawmakers taking the moral high ground. Instead, it had to do with taxation and licensing issues.

In the meantime, stoners should start saving some money, as they’ll more than likely be able to spend it on their favorite cheap weed seeds soon.

Only then can they stop wondering whether or not weed is legal in Maryland.

Are you interested in weed cultivation? Find all the ins and outs of growing your own by logging on to the Homegrown Cannabis Co. website.

« U.S. States Where Weed is Legal
Is Weed Legal In Minnesota? »